The World Played Chess explores what it means to come of age through tragedy. With the sole intention of financing his summer binge drinking plans, naive and slightly self-centred teenager Vince Bianco takes a job on a construction site alongside Vietnam War veteran William Goodman. Gradually, William starts to open up about the memories that are to blame for his unrecognized symptoms of post-traumatic stress disorder (PTSD). Through their conversations, Vince learns how death, sacrifice and fear, although almost unrecognizable to him, were and still are an inevitable reality for many others.

The full story is told throughout three different time periods: 1979, when Vince graduates; 1968, when Willam served in Vietnam; and the late 2000’s, when Vince is an adult and raising his own son. While this reveals how Vince was impacted by William long term, the chapters that took place in the 2000’s did not feel as fleshed out or emotionally immersive as some of the other sections, particularly William’s journal entries he kept as a soldier. These descriptions of the agonizing, relentless and mind-altering effects of battle resonated with me the most. Since Vince’s narration only provides summaries of William’s stories, having in-depth versions of them allow the reader to fully empathize with his post-war struggles.

I recommend this book for GBC. The realities of war are presented in a raw, realistic fashion, and coming-of-age narratives appeal to a wide variety of audiences. I look forward to discussing The World Played Chess at a future meeting. 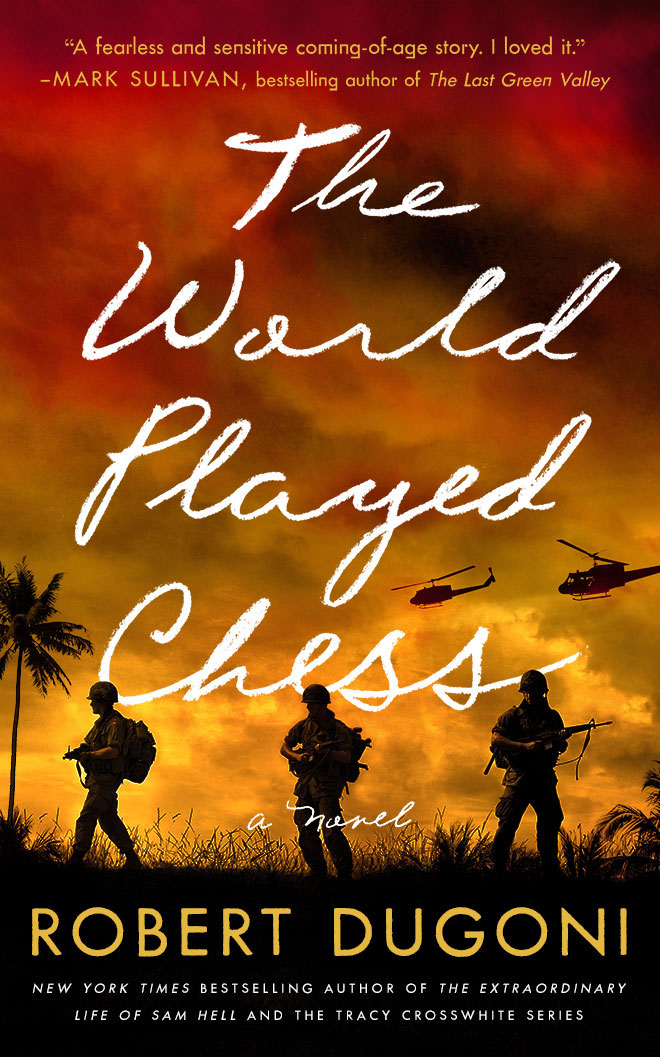