The Titanic: Five Facts You Might Not Know by Elizabeth Blackwell 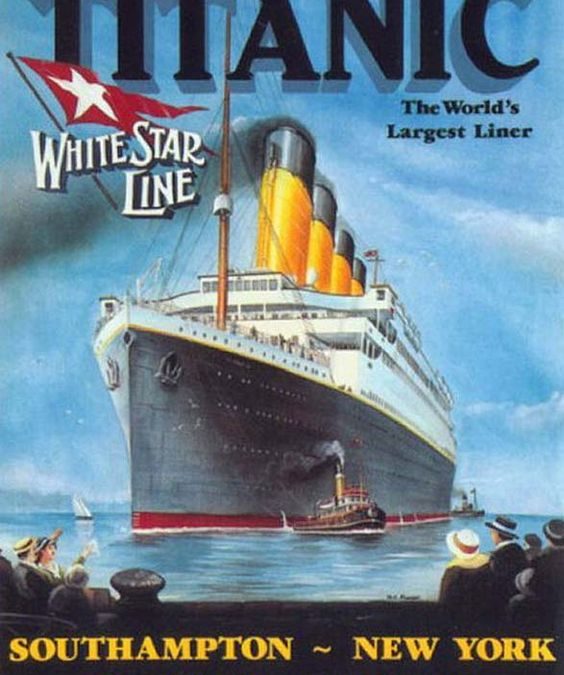 More than 100 years after the Titanic sank, writers like me are still fascinated by its glamour and tragedy. As a lifelong Titanic fanatic, I felt pretty confident when I began my research for On a Cold Dark Sea, but it turns out there were still plenty of stories I’d never heard—far more than could fit in a single book.

Here are some things you might not know about the Titanic, no matter how many times you’ve seen the movie:

1. It was the first modern media circus.

Wireless telegraphs were a relatively new invention in 1912. As the Titanic’s operators sent out distress signals, the news passed from ship to ship and eventually to land. The survivors were still on the rescue ship Carpathia in the North Atlantic when the tragedy became front-page news around the world. When the Carpathia arrived in New York Harbor, 40,000 people lined the piers to watch. Journalists tried to bribe their way aboard and offered money to the survivors with the best stories. Newspapers continued to run Titanic-related stories for months afterwards.

The Titanic was like a floating city, which required an appropriately massive workforce. There were 885 crew members aboard, from officers to cooks, musicians, postal clerks and engine-room laborers. Almost 80% of those crew members—nearly 700 people—died.

Thanks to outdated shipbuilding regulations, the Titanic’s lifeboats had space for only half the people on board. But the ship’s maiden voyage hadn’t sold out. Had it sailed at full capacity, there would have been 1,000 more people on board—and an even more terrible loss of life.

American Congressman William Alden Smith began a U.S. government investigation into the sinking immediately after the survivors landed, to the annoyance of British authorities. The international bickering continued for weeks afterward, with the British accusing Smith of grandstanding, while Smith criticized the British for meddling. The British Board of Trade later held its own disaster investigation, which reached largely the same conclusions as the U.S. one.

Not long after the sinking, a group of American society wives began raising money for a Titanic memorial, to be funded solely by donations from women. It eventually took the form of a statue with outstretched hands, which was finally erected in Washington, D.C., near the Lincoln Memorial, in 1933. However, construction of the Kennedy Center for the Performing Arts forced the relocation of the memorial in the 1960s. It now sits along the Potomac River in a residential neighborhood of Southwest Washington—far from the tourist hot spots.