The Songbird by Marcia Willett (Review by Julie Ramhold) 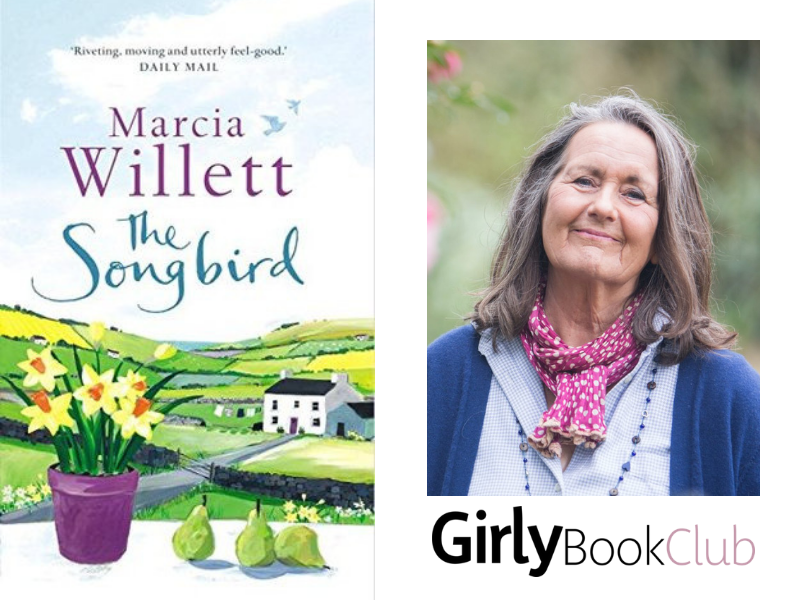 “I think that’s what prayer is all about. That we’re taken care of in those dark moments. I was in a very bad place and I came here looking for help. Father Theo was my miracle.”

Let me start by saying this is a really beautifully written book. It’s picturesque, if a book can be picturesque, and has a lovely feel to it throughout. That being said, I didn’t really enjoy this book. Maybe it’s based on my recent reading habits, but I felt that largely nothing much happens in it.

There’s a full cast of characters and they’re all well written and defined. We spend the entirety of the book dipping in and out of their points of view and lives and it’s a great format. It’s a nice change of pace to sort of peek in and see what’s going on with the others are little intervals. There are at least eight characters whose thoughts we’re privy to and while each point of view is distinct, it feels like the book is balanced well among them all.

However, I never really felt that I got too close to the characters, and I feel like this might have prevented me from becoming attached. I spent the bulk of my time reading feeling as if I was an interloper or a voyeur. Maybe that’s what Willett intended, and if so, she did an amazing job with it. But I felt myself wanting a little more. At the end, it felt like I’d peeked into this group’s world for about six months or so, and that was it. I watched them go about their daily lives, deal with ebbing and flowing relationships, and then it was just…over. It’s not a book that will have you staying up late to turn the pages — in fact, I found it hard to pick up at times because I wanted something more engaging and stimulating. That’s probably my own fault though, as I was reading two mysteries alongside The Songbird and I desperately wanted to know the ins and outs of them. All told, would I recommend it? Yes, I think so. It really is a lovely book and even if you don’t feel connected to the characters, you still want to see where they end up.