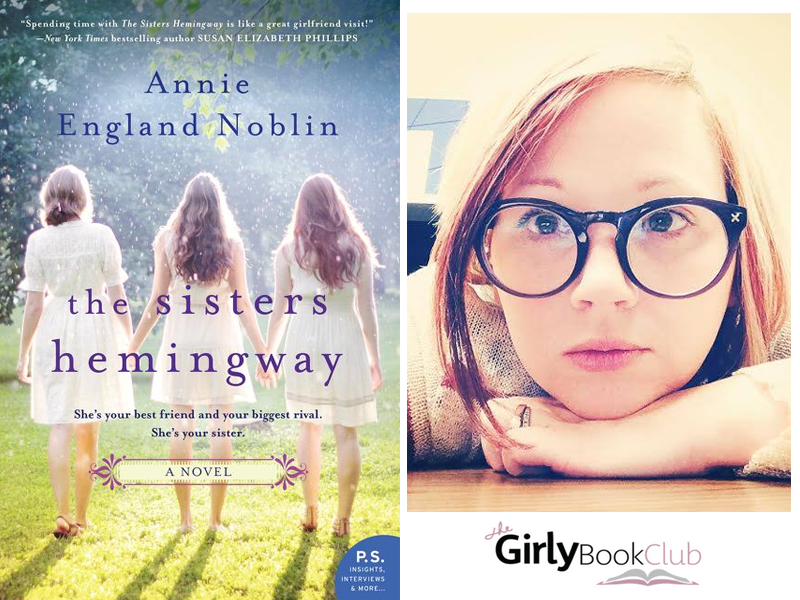 The Sisters Hemingway is the story of three sisters as they return to their hometown for the funeral of the aunt who raised them. Hadley, Pfeiffer, and Martha have grown distant from one another during adulthood, as their individual problems dominated their lives. They each, with varying degrees of success, have wanted to maintain the polished veneer of their lives and hide their failures.

Martha, a country music starlet, has had far more success in music than she has in hiding her personal problems. Hadley, a senator’s wife, and Pfeiffer, an editor for a New York city publisher, are comparatively somewhat of a mystery to one another. As the story unfolds, the sisters slowly reveal their own secrets as they uncover a mystery in their deceased aunt’s old farmhouse.

The Sisters Hemingway is richly atmospheric, and the small town southern setting provides a distinct flavor to every scene, from sprawling farmlands to nosy neighbors. It’s very well paced, and the mystery will keep readers obsessively turning the pages. The relationships between the sisters were a huge highlight of the novel; watching these women who’ve grown so far apart rediscover sisterly affection made for a gratifying and heartwarming read.

Readers who enjoyed The Things We Wish Were True (by Marybeth Mayhew Whalen) will adore The Sisters Hemingway!