The Seven Deaths of Evelyn Hardcastle by Stuart Turton 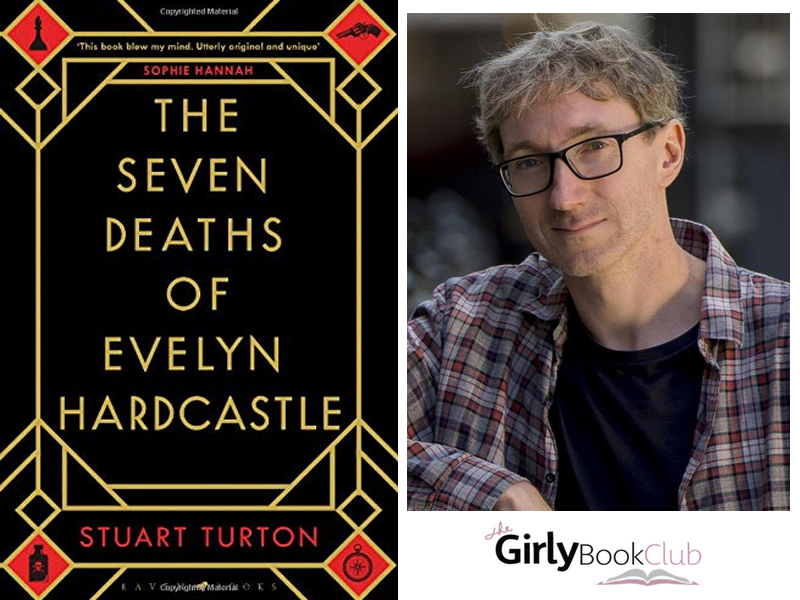 ‘’I’m a man in Purgatory, blind to the sins that chased me here.’’

Evelyn Hardcastle will die at 11pm. Tonight, tomorrow night, and every night after that. All you have to do to escape is to discover who killed her.

Stuart Turton weaves an intricate web in this unique murder mystery, in which one man wakes in a different body every day for eight days, forced to solve a murder that happened many years before.

Each body that our protagonist wakes up in has its own quirks and ways of thinking that allows for depth in the personalities we’re exposed to, even though they’re all inhabited by the same person. Turton creates a unique and very clever catalyst for the progression of the plot by doing this, each character having his own feelings and way of evaluating the clues put in front of him.

The plot unwinds slowly but gradually, a new piece of information leading to a new twist in the story and each little twist speaking to events which we’ve already witnessed. All the clues are laid out for the reader to find, always slightly out of reach, but always right under our noses.

What I love about mystery novels like the one Turton has created here is this very technique – all the clues are right in front of us, all the answers have already been revealed, they’ve just been so cleverly interwoven into the larger story and so subtly alluded to that you don’t notice them until the author decides that it’s time.

I finished this book in just a few days. It was definitely one of those that deserves the accolade “unputdownable”, constantly on my mind like any good Agatha Christie mystery (albeit with a body-swapping-time-travelling twist), and a wild ride until the very end.