The Minders by John Marrs (Review by Julie Ramhold) 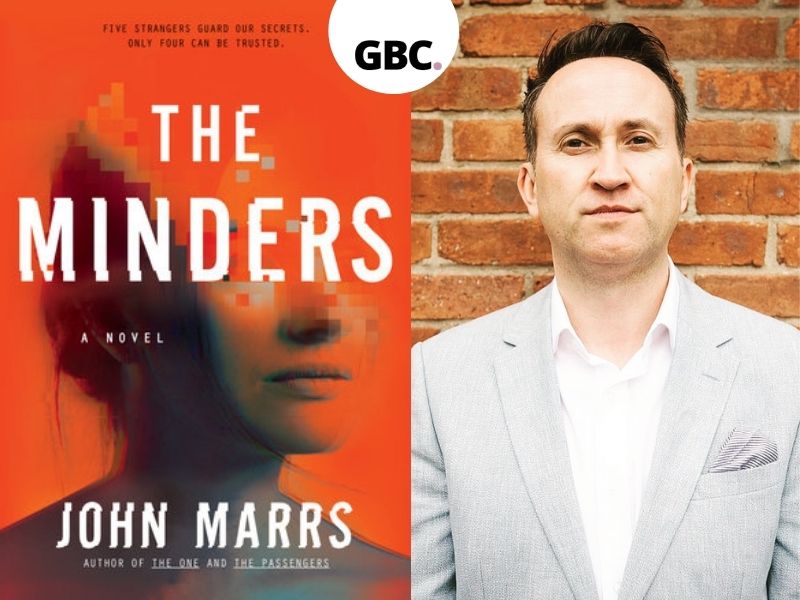 The premise of the book is simple: when anything can be hacked, what do you do with important information? You take it offline, at least temporarily. But the problem with taking something offline is that then you’re leaving it in the hands of humans, who are fueled by emotions and agendas, rather than logic. This is generalizing it, but this is basically the driving premise of The Minders.

It takes place in what seems to be the not-too-distant future. In the early pages of the novel, we’re given descriptions of serious protocols for security-based jobs that involve what sounds like smart glasses. And there’s the note in a meeting that “two and a half years ago” an event happened that was worse than the “coronavirus pandemic of 2020”; it also notes the two World Wars having happened 100 years ago. All of that to say that I kept thinking this book takes place in 2045 as a frame of reference.

The pacing is incredibly well done. The book has 87 chapters, four parts, and an epilogue, which sounds daunting but it’s so fast paced and the chapters fairly short that it won’t take that long to read at all. Of course, you won’t have a chance to be bored, either. Early on we’re introduced to Flick, Sinéad, Bruno, Charlie, and Emilia: five characters with five very different back stories and situations. What sets Emilia apart from the rest is the fact that she can’t remember hers, but even with the others we’re only given enough information at first to introduce them – we get to know them more later on.

These five have been chosen through means of a puzzle test to be the ones to carry sensitive governmental information for the next five years, until security can be stepped up to prevent the hacking that some countries are experiencing on a massive level. One thing I found interesting was just how differently each person reacted to the procedure – for some it was perfectly fine, but in others it caused disturbing side effects. These effects play into their part of the stories and gives a very different view to how these so-called “minders” carry out their duties and live their lives.

I won’t include spoilers for obvious reasons, but I will say that as someone who frequently reads thrillers and mysteries, not much can surprise me. I don’t mean that these books are all predictable, just that I know what I’m getting into and I usually speculate a ton along the way and if a character dies, even if I wasn’t expecting it, I might be disappointed but not necessarily shocked. This book shocked me – there were moments my jaw literally dropped. Marrs has a unique way of writing so that even if you look back later and think “oh I should’ve seen that coming” in your initial reading and leading up to it, he manages to take you by surprise. The only letdown I really experienced with this book was in the ending. It was a good ending, but I was slightly disappointed that it was basically like a showdown in the end of a movie – good guy versus bad guy and a lot of talking to sum up the hidden depths of the story. Still, the explanation was a good one, not shoddily written or anything like that. It did feel a bit rushed, but I honestly think that has to do more with the reveal method rather than the explanation itself.

Overall, a very enjoyable book, I’d say. Would I recommend it? Yes, to anyone who enjoys a great thriller, particularly those with descriptions of advanced tech.