The Masterpiece by Fiona Davis (Review by Jennifer Holmes) 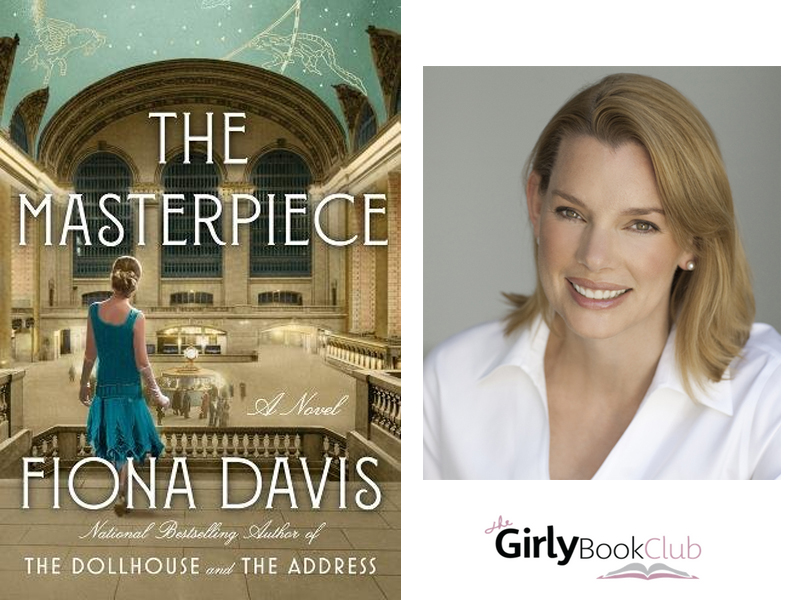 I was already a big fan of Fiona Davis after reading The Address and The Dollhouse, and was thrilled to get the opportunity to read her newest book The Masterpiece. Both of these books have one thing in common, they are all set in my favorite place, New York City! The author picks a historical building as the back drop of her book, and in The Masterpiece that is the famous Grand Central Terminal. The book follows two main character’s both living in these two different time periods as we learn their connection with Grand Central.

1928 Clara Arden works as an art teacher at the Grand Central School of Art located inside of the Grand Central Terminal. The terminal is beautiful and a prized landmark to the city. Being the only female art teacher has it’s challenges, and Clara wants to be taken seriously and pursue a career as an illustrator for Vogue Magazine. Clara will struggle to keep her job in the great depression and will face many obstacles ahead of her.

1974 Virginia Clay is recently divorced and takes on a temp job working at Grand Central in the information booth. The terminal is not well maintained,rising crime and declining budgets are taking a toll on the station and is in jeopardy of being torn down. Walking through the building Virginia stumbles on the old art school and finds a painting that was left behind. Without a signature she sets out on a quest to find the owner of this painting. Both of these women’s lives and stories are connected and centered around Grand Central Station.

The story is so well written that at times you forget this is Fiction, and these character’s don’t really exist. I love Grand Central station, and I found myself picturing where the character’s were, what the rooms must have looked like. I enjoyed reading about the history of the terminal and actually looked up some articles myself. They say don’t judge a book by its cover, but this time the cover actually draws you in and prepares you for what the story is all about, Grand Central Station. If you haven’t read Fiona’s other books after reading The Masterpiece I’m sure you’ll want to!