The Long Weekend by Gilly Macmillan (Review by Julie Ramhold) 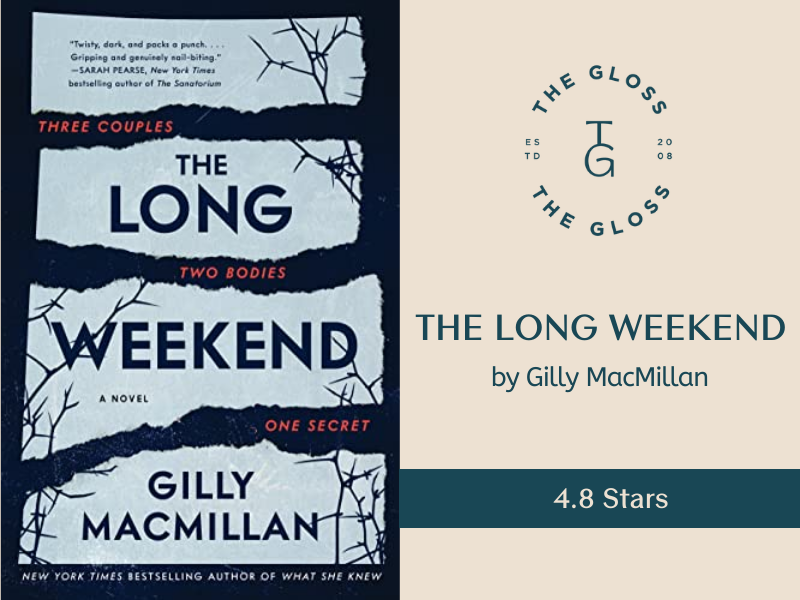 People will often describe books as being “wild rides” and inevitably I feel that they’re not nearly as “wild” as they should’ve been, given the enthusiasm over that phrase. Let me be clear, though: this book was a wild ride.

There’s so much happening and all in the span of only two days! Gilly Macmillan is one of the best storytellers I’ve encountered in a long time. I know I’ve been interested in her books before, but I’ve not read anything by her until now, and all I can say is wow.

One quick warning: the book jumps around to several points of view, but I will say it’s not jarring and each character has a distinct voice. That being said, we only encounter one first-person POV and the odds are good that you won’t see their identity coming.

The book starts out simply enough – three couples meant to get away for a holiday, a tradition they’ve held for several years. It would normally be four couples, but sadly one of the husbands passed away earlier in the year, and his widow has no intention of joining the rest of the group. In the beginning, on the car ride, we see Jayne, Ruth, and Emily making their way to the rental property they’ve booked, with their respective husbands all having backed out at the last minute. But they won’t miss the trip entirely – they’ll be up the following morning. It should come as no surprise that things don’t go as planned.
Once the women arrive at the barn they’ve rented, courtesy of the owner driving them up a steep slope, they open the door, see the present and letter left behind by “E” and the unease starts to set in. And honestly, it’s just all downhill from there, in the best way possible. Macmillan does a brilliant job of showing the women descending into their own brand of panic, being overtaken by revelations that they haven’t faced in their day-to-day life. Jayne tries to hold the group together, but Emily is younger than both she and Ruth, and isn’t exactly their friend as she’s the newest member. Emily is keen on reaching her husband, Paul, and nothing will deter her, even though Jayne and Ruth try to comfort her with the logic that the letter is a hoax. We learn early on in the ride up to the barn that Ruth is dealing with alcoholism, as well as a new baby at home, and feeling distant from her husband, Toby. Jayne is the only one who seems to have it together and tries to be the voice of reason throughout the night, but she essentially is forced to try to talk Emily off a ledge (understandably so) and keep Ruth from getting blackout drunk. Things only descend further into madness as the night wears on, as they can’t get cell reception at the barn and so none of them can reach, well, anyone.

Macmillan has done a great job of creating flesh and blood characters, even with the couple who owns the barn and their son, who are only in the story for maybe a third of it. The clues for what exactly is going on are all laid out, but you won’t realize it until you start putting them together later on. And even then, the author deftly throws in red herrings without being obvious about them so that you’re guessing up until the big reveal. I thought for so much of the story that I knew what was going on and who was responsible, and I was so very wrong. I think at some point, I suspected all the men in Edie’s life, which made for some thrilling reading. There was one factor that I was right about, and very relieved to be, as it gave me a smug sense of satisfaction over the villain. The villain wasn’t who I expected initially, but everything came together quite well in the end. I would recommend this to anyone who loves a good thriller and mystery. This took me a little bit to get into, but by around 80 pages in or so, I was hooked and read it in two nights. 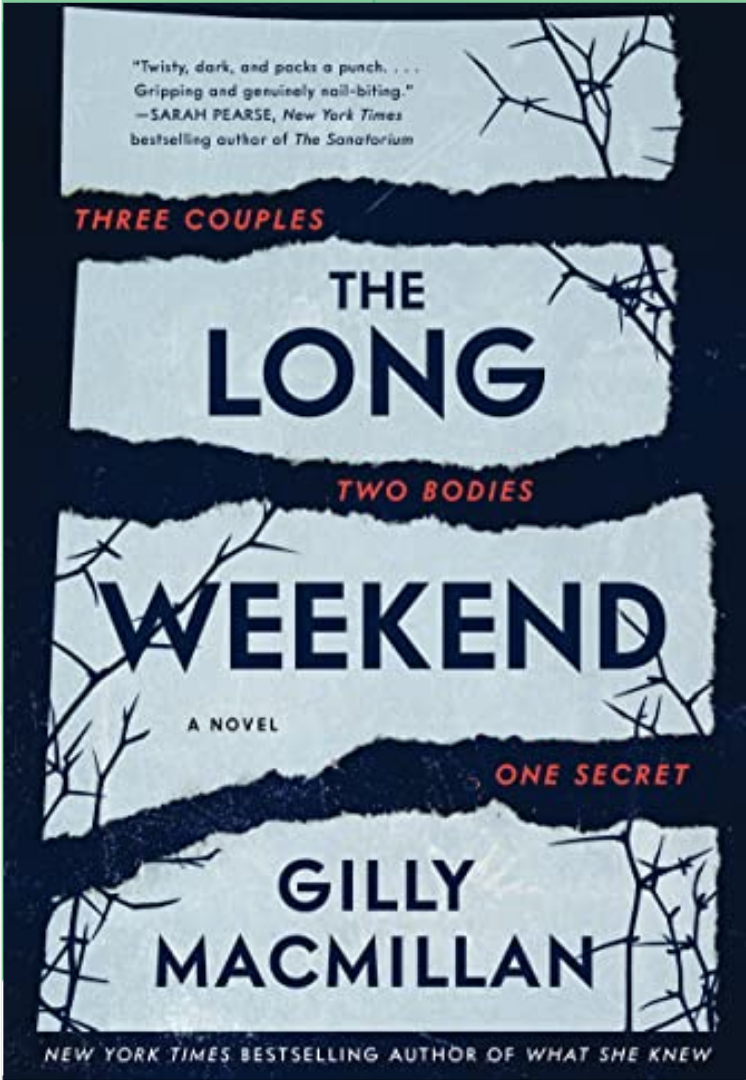