The Invisible Woman by Erika Robuck (Review by Madhura Mukhopadhyay) 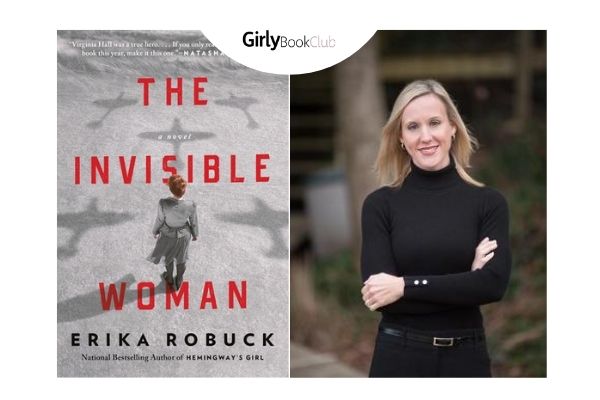 When her parents take Virginia Hall to Paris for vacation as a child, little do they know they are about to change the trajectory of her life. Besotted by the charming city, Virginia returns to Paris as a student and later as a spy for the Allied forces during the Second World War.

Erika Robuck’s The Invisible Woman is a fictional retelling of Virginia Hall’s second mission to France. Codenamed Diane, she is sent to arm and train the Maquis (French Resistance groups) in preparation for D-Day. Disguised as an old woman, Virginia flits from town to town coordinating weapons and supply drops with London and sabotaging the Nazis whenever she can.

I loved reading about this remarkable woman who was such a massive thorn in the side of the Gestapo that they declared her ‘the most dangerous of Allied spies.’ I felt it was all the more enjoyable and interesting because of the depth of the author’s research. Despite having the Nazis hot on her heels, Virginia gave them the slip several times, once escaping to Spain across the Pyrenees with her prosthetic leg which she nicknamed ‘Cuthbert’.

The Invisible Woman is fast-paced and well-written with characters you immediately care and cheer for. I especially appreciated the fact that Virginia Hall is not portrayed as a single dimensional hero but a person who also had her own fears and failings. After the war, Virginia Hall returned home to America and joined the CIA as one of the first female recruits, where she continued her work in Intelligence. Like much of her life, Virginia Hall died in anonymity.

The author also depicts the bravery and generosity of everyday people who opened their homes to the Allied troops knowing that certain death awaited if they got caught. Erika Robuck’s book the Invisible Woman shines a light on this fearless woman and many other forgotten heroes who helped change the course of history. 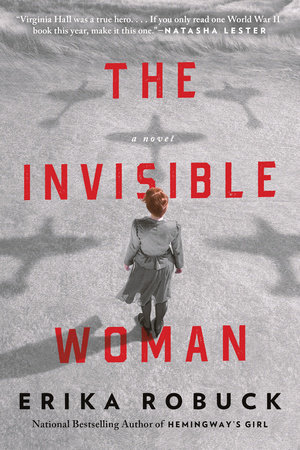