The Glass Castle by Jeannette Walls (A Review by Valerie Bennett) 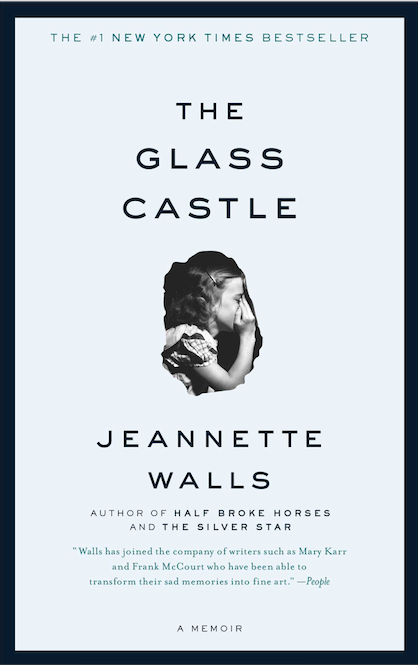 “Things usually work out in the end.”

“That just means it isn’t the end yet.”

While The Glass Castle is a depiction of Jeannette Walls’ life, there were moments in my reading when I nearly forgot what I was consuming was a memoir. The way in which she reflected upon her childhood seemed so compelling that it almost read like a well-spun piece of fiction at times; a true testament to Walls’ aptitude in storytelling, in my opinion.

Walls was raised – to an extent – by her nomadic parents, both of whom seemed to shun the notion of a traditional upbringing. Her father was charismatic, bright, and clever – when he was sober. However, when he drank, he became dishonest and hostile. Her mother abhorred domesticity and the maternal role in which she was expected to acquiesce.

Most of Walls’ childhood was spent in poverty, despite her father’s skills in engineering and her mother’s background in education. Often times, Walls and her three siblings went days with only mere morsels of food, while their parents flitted about, tending to their own indulgences.

However, through their struggle, the Walls children bounded together, developing a resiliency through their experiences by supporting one another. They learned to be self-sufficient, instead of relying on their parents to take care of and provide for them. Being well acquainted with looking out for themselves, each child moved to New York during their teenage years to set out to begin their own lives – only to have their parents follow. But with deep familial ties, the Walls children – now adults themselves – sought to help their homeless and squatting parents by whatever means they could.

Walls’ memoir of her dysfunctional family and unusually challenging childhood was engaging and well-crafted. Her story was moving – despite her neither seeming to idealize her parents nor regard them with contempt – while her retelling raw and unadorned; and yet with that, completely wrenching and astounding. It’s no wonder this book is a bestseller; it seems that things did work out for Walls in the end.