The Dead Season by Tessa Wegert (Review by Julie Ramhold 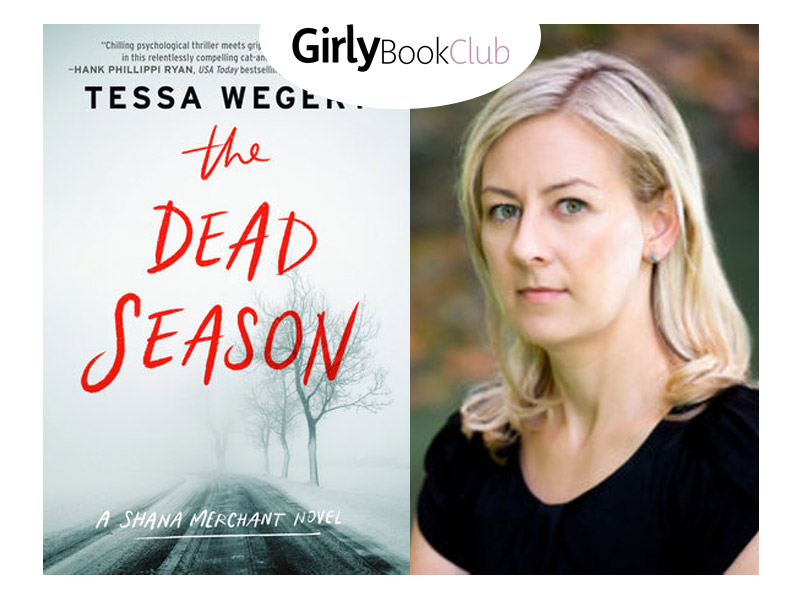 Please note that though I included these content warnings, these instances happen off-page as it were – we see the aftermath but not the incidents themselves. They’re not gratuitous by any means.

Memory, I realized as we spoke, is a tenuous thing–the truth a filament thin as a spider’s web–but I didn’t like how much I’d forgotten.

I liked to think onlookers gathered out of sympathy for the family, but just as many were there to rap on the door to their humanity and make sure somebody was still home.

Have you ever encountered a book universe or characters where every time you open that work or delve back into their world, it feels like coming home? That’s exactly how I felt opening The Dead Season. Weird feelings maybe for a taut thriller, but something about Wegert’s writing and characters is just so utterly enthralling. Shana Merchant is a loveable, but flawed detective – and that’s good in my opinion. I don’t need to see perfect characters, and maybe it’s because I’m roughly the same age as the detective (as learned by flashbacks in this book) or maybe it’s just because she’s so relatable, but she feels like a friendly face to me. She’s easy to understand for me – even when she’s speaking up or even refraining from doing so, as much as I’m urging internally for her to be quiet, hold those cards to her chest, or no, to speak up and give them a peek of her hand, I absolutely understand why she doesn’t. It’s honestly refreshing to see a detective that isn’t the same as the cliches I still run into even reading some contemporary novels.

In this book, which takes place shortly after Death in the Family, Shana is dealing with suspension and trying to find a place to call her own. She’s summoned home when her estranged uncle’s bones turn up and it’s revealed he likely didn’t leave town two decades ago. The sheer nature of the story has Shana confronting her past, both in how she handled situations when she was younger, friendships that have died out, and familial relationships that were dysfunctional at best. These are all likely situations that we can all relate to and even if we don’t feel the familiar pull of all of them, some are sure to resonate.

In Death in the Family, we learn that Shana was held by a serial killer for a week before escaping. In The Dead Season, we get concrete answers about who the serial killer is, and more of his backstory. I’ve seen longstanding series where we have to wait several books to see those kinds of answers, so to get them in book two only made this more exciting.

One moment really stood out to me, and I think Wegert is a master writer for it. Anyone who’s read multiple mysteries likely knows that some authors make the culprits pretty obvious – sometimes you’re just waiting for the detective to catch up. Other times, everybody – characters and reader both – are kept in the dark until the big reveal at the end. Wegert actually manages to make the reveal in The Dead Season seem fairly realistic. There’s a moment near the end where things just feel slightly off – if you’re paying close attention it’s not hard to spot. And while it’s not obvious that Detective Merchant is on the trail, she’s literally on the same page as the reader. With plenty of viable suspects sprinkled throughout, reading that scene felt very much like being the detective myself and coming to the conclusion at the same time as Merchant. It was an interesting feeling, and one that I wish more mystery authors could accomplish cleanly.

All-in-all this was an awesome mystery. Having read both books by Wegert, she’s now firmly part of the small camp of authors I have that I will automatically read anything by as soon as I see their name. I can’t wait for book three in the Shana Merchant series, and I’m recommending The Dead Season (and Death in the Family) to all my mystery-loving friends. 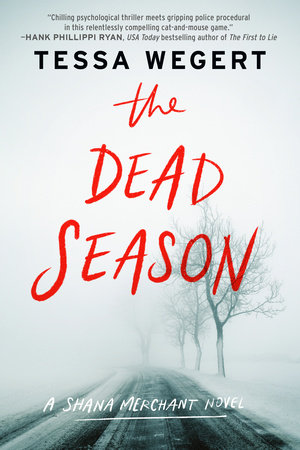