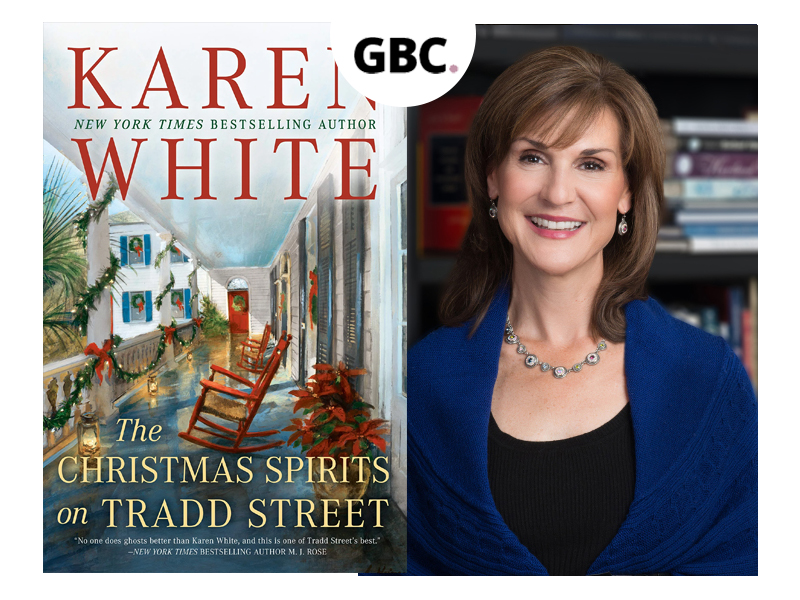 Being the Christmas junkie that I am, I jumped on the chance to read The Christmas Spirits on Tradd Street. I didn’t have the background of the first 5 books in the Tradd Street Series by Karen White, however the beginning of the book filled in enough that I didn’t need to have read the books that came before it. The best way to describe this book is a Halloween mystery set to a Christmas back drop.

Melanie, the main character is trying to keep up with her commitments during a busy holiday season. Living in a historic house and being able to see spirits is just enough to keep her sidetracked throughout the season. Melanie has been keeping the secret from her husband that she has been seeing some disturbing visions and messages from the spirits. Her husband has enough to deal with after losing his book editor and trying to come up with the perfect idea for his newest book. Melanie attempts to keep the concerning, yet persistent messages that keep appearing in her step-daughter’s room.

As Melanie tries to keep her holiday cookie and donut cravings at bay by establishing a running routine with her sister they are approached by a stranger asking for help. The stranger turns out to the brother of her family’s nemesis, who attempted to destroy them and buy their historic home. There is a legend that there is treasure buried on the property that Melanie inherited and Marc, the family nemesis is in a hurry to find it.

After spending a lot of man hours and energy attempting to put together the messages from the spirits with a little help from her sister and step-daughter all of the pieces fall into place. Unfortunately, the pieces come together during the town’s progressive dinner that of course has a stop at Melanie’s historic home. Melanie has to balance entertaining her guests and getting to the treasure before Marc.

The ending to this book has not only one but two complete plot twists. Just when you think you’ve got it all figured out something new comes out of nowhere. Overall an entertaining read. The Christmas theme is very secondary in the book, making it a good read for any time of the year. 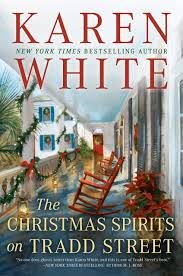