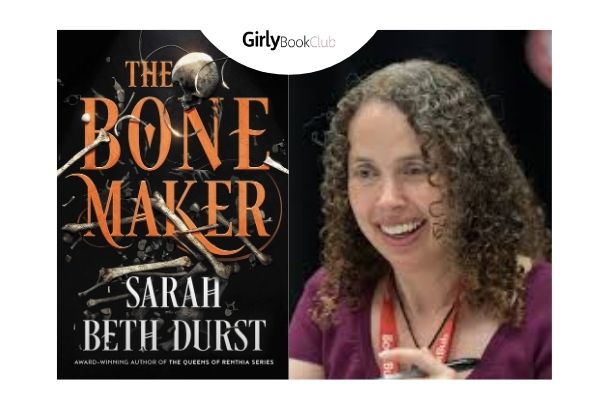 
“Their story should have been finished. But evil doesn’t stop because someone once said, ‘the end’”. Honestly, the summary, and specifically this line, of The Bone Maker by Sarah Beth Hurst immediately pulled me in; how could it not?! This book has a little bit of everything I look for in a story; romance, action, fantasy, to name a few. As if that was not enough of a reason for me to have fallen in love with this book, even before starting it if I am being honest, on top of all of that it is a standalone fantasy novel! There is something so incredibly satisfying, especially in the world of fantasy-where it seems like so many books are part of a series sometimes with 10+ books to its name- to pick up a book and know you will still enter an entirely new world and meet brand new characters, yet everything will be complete by the time you end the last chapter. Don’t get me wrong, I love a good fantasy series, but being in the middle of about 8 fantasy series myself at the moment it was very refreshing to know I was going to actually finish this story and not have to wait 1-3 years for the next part.

The Bone Maker is a fantastic book that begins with what happens to the hero’s after they save the day and becomes a fast-paced fantasy of the “after”. 25 years after five hero’s (Kreya, Jentt, Zera, Stan, and Marso) saved Vos from Eklor and his inhuman army bent on destruction, the surviving four are scattered amongst the land. Their leader, Kreya, devastated over the loss of her husband Jent in the war, has learned in her self-imposed exile what lengths a person will go to in order to bring back a loved one. Along the way Kreya learns that perhaps the dead do not really rest and that there is more to these hero’s “end” after all. Perhaps there is more to their ‘victory’ then they realized.

We all know the endings of many stories…”and they lived happily ever after”, but what does that actually look like? Is there more to the story after the day is saved and the dust is settled? I highly recommend getting your hands on this book immediately and diving in as soon as possible. It will not disappoint.