The Betrayals by Bridget Collins (Review by Julie Ramhold) 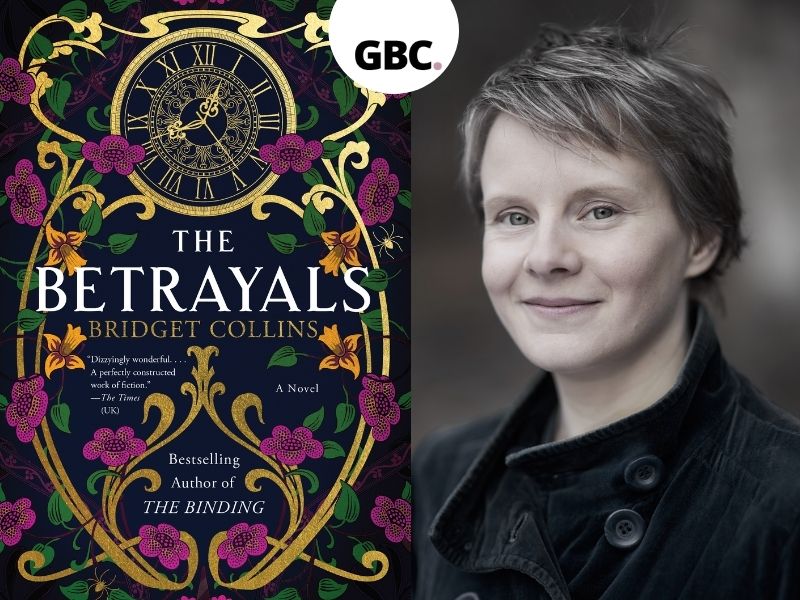 
“How dare they sit there smugly discussing the imminent destruction of society? Looking gently rueful about the economy and the people starving in the streets. And the grand jeu, too — accepting that the Golden Age is over and that there’s nothing we can do. Such apathy.”

For the subject matter, I don’t think Bridget Collins would fall into the “suspense” category, but both The Binding and The Betrayals have had me on the edge of my seat, wondering what would come next.

The Betrayals is told from the point of view of three people who all have vastly different experiences in the same place, a school called Montverre. First, there’s Léo, who was a student at Montverre around ten years ago. Second, there’s Claire, currently enjoying a post as the first female Magister Ludi at the school. And then there’s The Rat, a young girl who lives behind the scenes of Montverre, hiding and just trying to survive.

The school itself feels like a sort of abbey to me. And the grand jeu is painted as a sort of religious experience, for sure. Students and teachers are only male, and they are strictly prohibited from doing anything that would “bring disrepute” upon the school. Students are around college-age (early 20s or so) and tasked with learning from teachers who go by titles such as Magister Cartae, Magister Historiae, or Magister Scholarium. And they’re all being taught how to play and create grand jeux.

Léo is second in his class to Carfax, a descendant of one of the most brilliant but troubled families known in the history of grand jeux. Carfax is hated by many of his classmates and bullied, and Léo is right there with them. However, a sensitive teacher decides to throw the two of them together for a project and a reluctant friendship blooms out of it.

Claire, Magister Ludi in the present time, is Carfax’s brother. She’s haunted by Carfax’s death, and she blames Léo for it for reasons that are revealed slowly. She has a lot to live up to, not only being part of the de Courcy family and having to prove she’s not crazy, but also as the first woman in a position of power at Montverre.

The book is told in alternating points of view, but also we glimpse the history of when Léo was a student at Montverre through his diary. He is back again during the present time because he’s essentially been ousted from his political position in The Party. He’s been sent to Montverre as a type of exile. Through his eyes, we glimpse the situation in the country, with The Party ruling and making “cultural” decisions. Léo himself was Minister of Culture before being ousted for expressing concern over some of The Party’s rulings. Once at Montverre, he’s struck by how familiar Claire is and learns she’s Carfax’s brother. Léo carries a lot of guilt over what happened to Carfax and The Betrayals is very much a journey of learning to accept yourself but also learning to stand up for what you believe in and what you know to be right.

Collins notes she was inspired by The Glass Bead Game by Herman Hesse, and anyone who’s read that book will find some similarities here. I myself haven’t, but Collins doesn’t shy away from the fact that she drew certain components from Hesse’s work. We never fully understand what exactly the grand jeu is, or how it’s played. There are plenty of “moves” that are discussed throughout the book – opening, closing, transitions, etc – but I was never able to fully picture the game itself. I’m not certain we’re supposed to, and I can definitely say it isn’t necessary. The book is enjoyable whether we understand the game or not because at its heart, it’s about people and learning to forgive yourself as well as others. 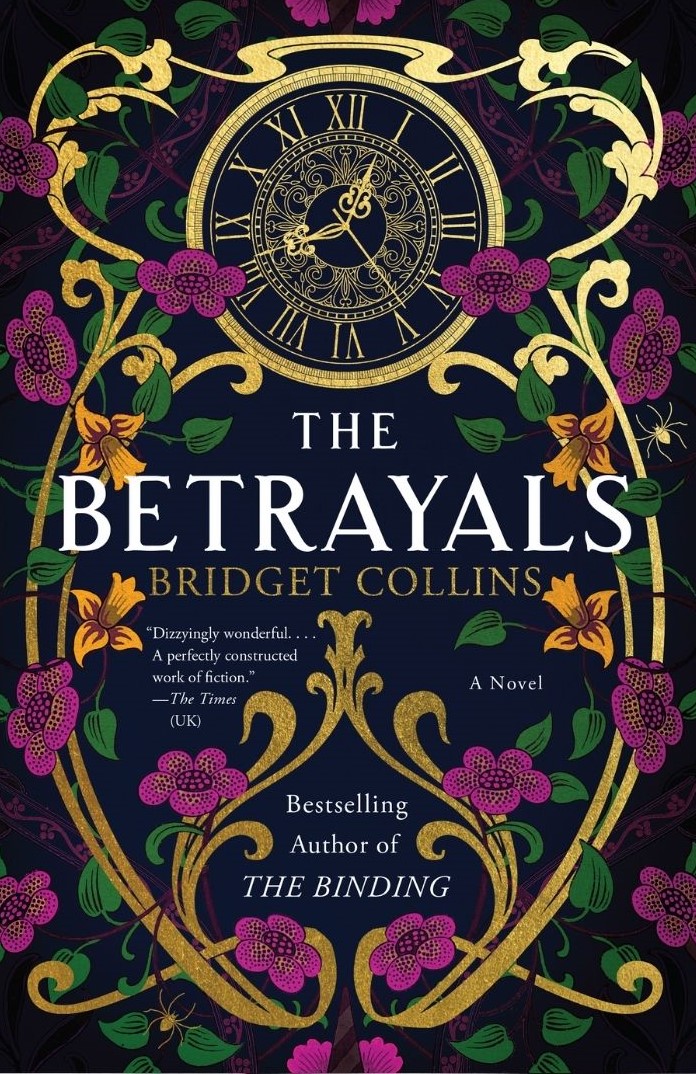