The Background to the writing of Tin Man by Sarah Winman 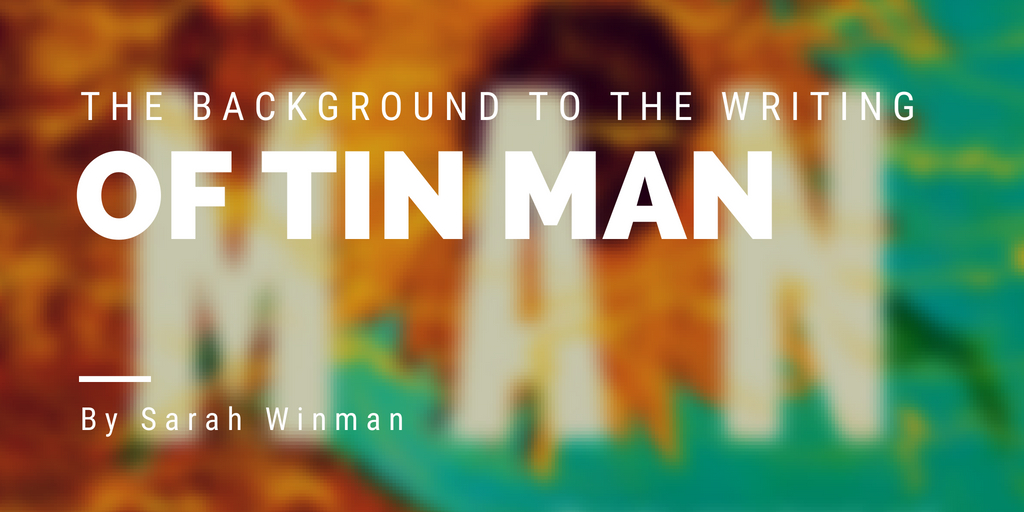 Are you enjoying this month’s book? You’re in for a treat – read the following background by Sarah Winman on writing her novel Tin Man, exclusively for the GBC!!

The Background to the writing of Tin Man

Tin Man is set, primarily, in Oxford. I know Oxford pretty well. Generations of my family were born there. I was not. But throughout my childhood, weekends and holidays were spent with either set of grandparents.

My father’s parents, Beryl and Tom, lived in Fern Hill Road opposite the car plant where they both worked – my grandfather in the store room, my grandmother as a cleaner. They both smoked a lot. As a child I imitated them. Sat with them outside, with a small tube of paper in my mouth, silently watching the shift of light. As an adult, I came to understand this was probably not the life they envisaged.

My mother’s parents, Ralph and Maud, lived in East Oxford in Divinity Road, close to South Park. My grandfather owned a greengrocer shop on Cowley Road. He knew his customers, he knew their joys and their hardships. He gave much away, earned little, but I remember they always ate well.

My childhood memory of this time is sharp. I tobogganed at Brill and adventured down by the river at Iffley Lock. I watched the firework display from South Park every Guy Fawkes night, and spent the days after diligently searching for burnt out rocket shells. My father is buried in Holy Trinity graveyard in Headington Quarry, the other side of the tree from C.S Lewis. Their view of death, however, quite different. Long Bridges bathing place, I never went to. Family lore prevented it. Years before, on a school trip, my mother’s sister was thrown in to encourage her to swim. Rumour has it she was so traumatised by the experience, that she didn’t even like to take a shower after. So, we never went.

Oxford is a curious place. In literature, it’s so often written about from a privileged perspective: The University. I wanted to write about the city and landscape I knew; the city that exists to the east of The Plain, the conservative working-class area of the 50’s, 60’s, 70’s – an area dominated by the car plant.

A tin man or ‘tinny’ is a highly specialised panel beater who worked at various points along the assembly line. I romanticised these men (they were always men. Historically, women at the car factory were either cleaners or worked in the trim shop or canteen) and I made sculptors of them. Ellis, my main character, is a tinny. When he was a boy he wanted to pursue a life in art. I thought the artistic sensibility of both jobs was similar. Both were about line and form. Beauty.

So what was it that prevented Ellis from leading the life he wanted? The environment? Constraints of birth? The shadow of his father? Or that is just wasn’t done? A mix of all, maybe.

But fear of difference – or of beingdifferent – is a theme of the book, whether that difference be politics, class, race, sexuality, or the rejection of the cultural norm of the time.

Dora, Ellis’s mother in Tin Man, longs for her life to be different. When she saw the painting of the Sunflowerson a school trip as a child, she recognised that that was the life she wanted.  It became a window to the other, and she wanted possession of the other – beauty, freedom, travel, art.

Such a life didn’t manifest, however. The opportunities didn’t present themselves. She was a victim, in many ways, of time and place. So, when the stars aligned the night she won a raffle, the night she was pregnant with a son, she vowed it would be different for him, and chose the painting of Sunflowers as testament to her dream. From that moment, the South of France becomes a destination of transformation, of freedom. As it did with Van Gogh, himself.

I couldn’t name a book Tin Man without acknowledging the connection to the film The Wizard of Oz, or what connection I wanted to pursue. The idea of the yellow brick road stuck. The idea of journeying towards self-realisation, truth, integration. Towards the light. Following the sun.

My parents first went to the South of France in 1958 at the age of twenty-four. They were recently married and adventurous. They drove down on a Lambretta and it changed their life. I heard this story so often during my childhood that the South of France couldn’t help but become the gilded destination of love. I went independently when I was 17, searching for another version of myself and I’ve continued this pilgrimage many times since. In 2008, my partner and I went to the Rencontres de la Photographiein Arles, in Provence, a festival of photography that takes place across the summer months. The Roman city is transformed into an outdoor gallery – a creative hub celebrating visual artistry, music and performance. Being there was what piqued my interest in Van Gogh. I was familiar with his work, of course, but to read his letters to his brother Theo in situ was incredibly moving; to walk the same streets as he did, to marvel at the same sights, to regard his triumphs and decline.

From Arles, we travelled to St Remy and found a masand was serenaded by cicadas. We visited Glanum and Van Gogh’s asylum. Ate at the renowned Bistro du Paradou and made new friends over chicken and Rhone wine. We walked into the garrigue and the smell was intoxicating, a heady base note of wild mint.

The light is transformative down there, and time feels suspended. Days seem longer. It becomes a place of insight and healing. In Tin Man, one of acceptance and forgiveness.