Tell Me Lies by Carola Lovering (Review by Cecilia Lyra) 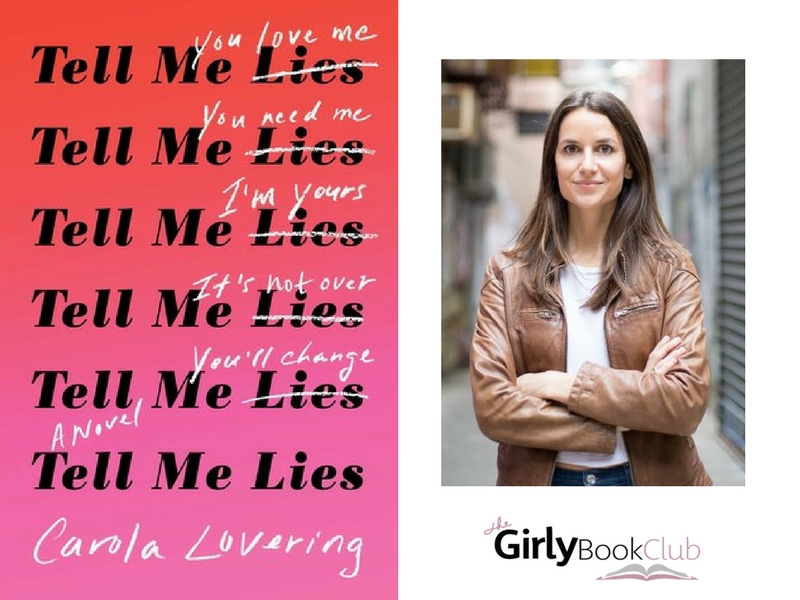 At first glance, the premise of Tell Me Lies makes no sense.

Lucy Albright is a catch. She is smart and ambitious – an English major, with a minor in journalism. She’s young and beautiful – a freshman in a small California college. She comes from a loving, privileged home.

And yet Lucy falls for Stephen DeMarco, a junior whom I can only describe as a total loser.

Stephen is a fat, weak-chinned Christian Bale. He is boring to the point of being somniferous – his hobbies include drinking beer, watching South Park, and calling everyone pathetic and moronic. More importantly, he does not treat Lucy well. He lies and cheats and derails her life – and doesn’t even have the decency to feel guilty about it.

Lucy (the Catch) spends five years pining after Stephen (the Loser). No matter how badly he treats her, she keeps coming back for more.

Like I said, at first glance, it’s unbelievable, practically ludicrous.

But here’s the thing about this book: it prompts you to look closer.

Zoom in and Lucy’s life isn’t so charmed. When she was fourteen, she suffered a trauma – the Unforgivable Thing – that left her mistrusting and cynical. She has an impressionable, compulsive personality – her college years are marked by an eating disorder and a cocaine habit. And Stephen is a charmer: he knows how to seduce, how to turn on the charm.

To say that theirs is a love story would be untrue. But it is a lust story, one that captures the acute angst, longing, and urges that mark an unhealthy, yet addictive attraction. Interestingly enough, the same can be said about this book: it’s addictive. Lovering has written an engrossing page-turner that just might surprise you with its ending.

Be warned: reading Tell Me Lies will make you relive your most compulsive, dysfunctional relationship. I suggest pairing it with a glass of wine.