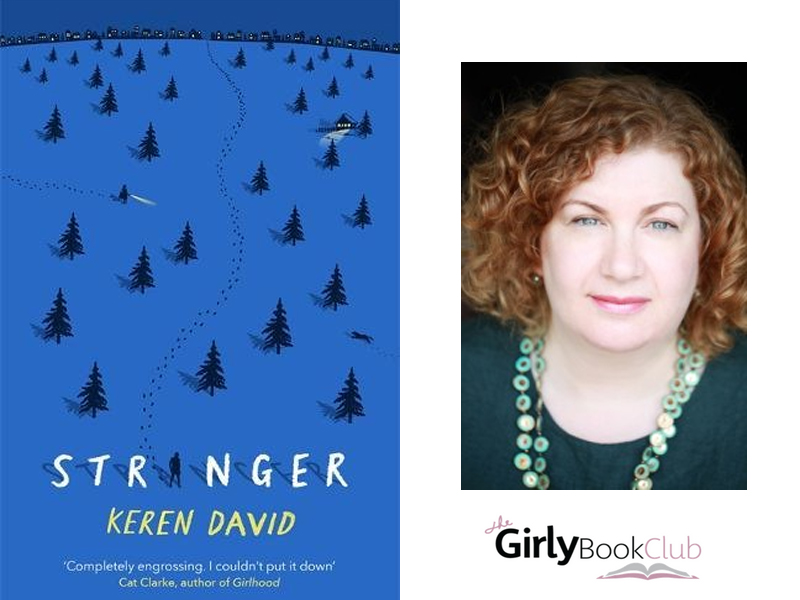 Stranger is told from two perspectives and time periods. We meet 16-year old Emmy in 1904. She’s something of oddity in her small town – the daughter of a female doctor, with her own ambitions of life beyond the pines. Then she encounters ‘Tom’ – traumatized, blood-soaked, with a gun in his hand and no idea where he came from. She and her mother take him in, much to the town’s protests, and an irrevocable bond is formed. A century later, Emmy’s great-granddaughter Megan visits for a family celebration. Reeling from a devastating loss, Megan’s trying to understand her next steps. The discovery of a woman’s body leads to a story that will tell her not only where she’s going, but where she’s from.

The book combines two genres – historical fiction and young adult – which I typically avoid. However, it centers on an unidentified person found wandering the woods, which is one of my Top 3 favorite plots. It’s also set in Canada, which is basically my spiritual home, so I decided to take a chance. I have to say, it paid off. It’s well written and the mystery of Tom is skillfully teased out. Much like Emmy and Megan, I found myself asking: Who is this boy? Where has he come from? What is his connection to all of this? Those answers are crushing and uplifting in equal measure, and the relationship between Tom and Emmy is incredibly sweet.

I was surprised that I preferred Emmy’s chapters, given my aforementioned aversion to historical fiction. They were rich and atmospheric. As a city-dweller, I enjoyed getting lost in picturesque 1900s Astor. There was also a maturity to Emmy that I connected with. However, both she and Megan are kind, headstrong characters who ignore others’ prejudice to uncover the truth that unites their lives.

In summary, Stranger is a vivid, soulful page-turner. It reminded me to take a chance on something different every now and then, the results can be pleasantly surprising.