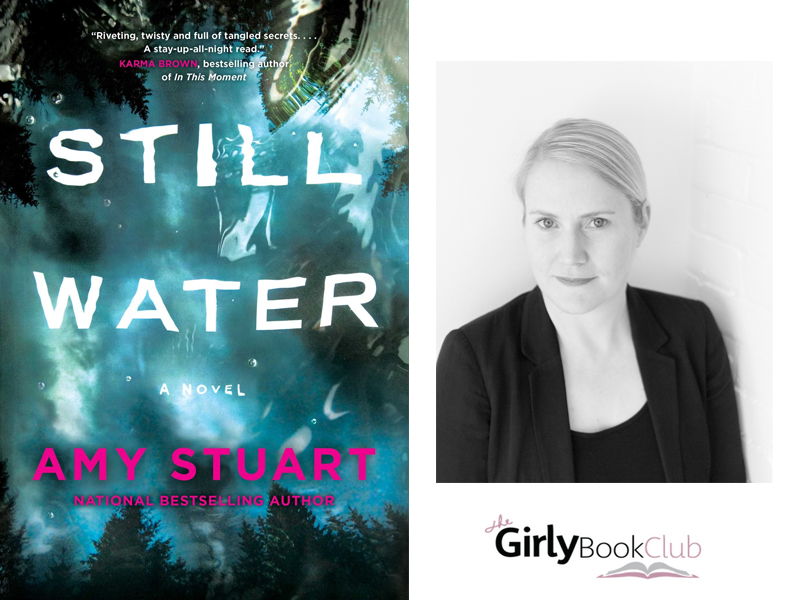 Still Water was a very interesting novel that really snared the reader’s attention early. The book is dark and complex read that delves into the sensitive topic of domestic violence and the impact it leaves behind, both emotional and psychological. The twists that emerge reveal deep character flaws, closely held trauma that has been allowed to fester over years, and relationships that struggle to thrive or to die within the suspense of an investigation. It was also a very unique (and unbelievable) take on an independent investigation operating parallel to one undertaken by the police, which led to interesting plot development and secondary storylines.

At first, I found something a bit strange with the writing style, but quickly realized that the novel is written in the present tense, and not the past tense typical of most books. It takes some adjustment, but the style lends itself to a feeling of time moving swiftly through the book and unexpectedness. I found the characters simply developed but still engaging and (mostly) believable. Each character had fatal flaws that remained consistent through the story and frequently butted up against those of other characters, which was intriguing, uncomfortable, and fun.

The storyline was a little bit far-fetched in that the pace that it developed and the complex topics that it tried to bring forward were not fully explored. The story is also essentially solved in a confessional monologue, which is disappointing. That being said, it was a quick, easy read that kept me entertained and turning pages.