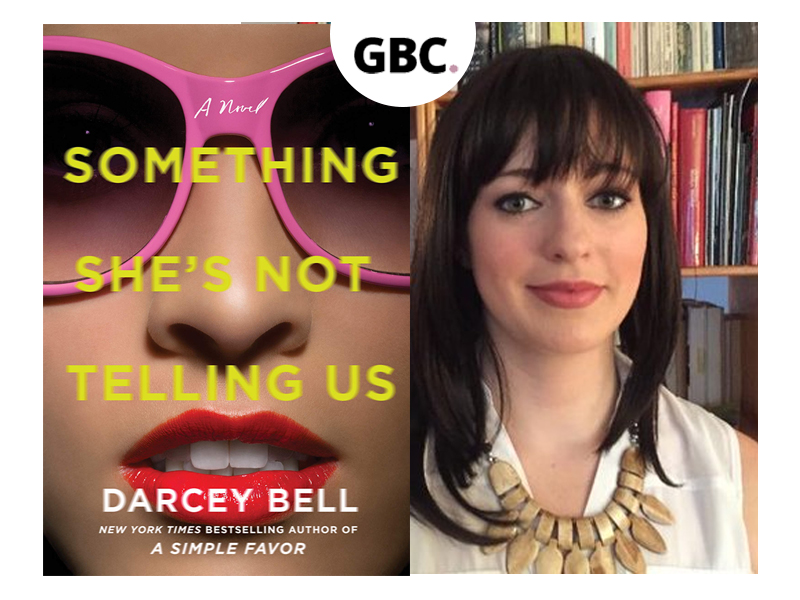 Something She’s Not Telling Us by Darcey Bell is a suspenseful thriller about 5-year-old Daisy who has gone missing, the search to find her, and the events leading to her going missing. This is Darcey Bell’s second novel and a suspense filled thriller that keeps the reader asking for more until the final page.

The first chapter brings us to the current day, when Daisy is discovered missing when her mother Charlotte goes to pick her up from school. Darcey Bell does an excellent job portraying a mother’s terror in this situation, and the flood of emotions that would undoubtedly be experienced. While the first chapter is filled with lots of details about Charlotte that may not be relevant to the story, Darcey Bell quickly drops us into the heart of the matter. Daisy is missing, and it is suspected Ruth (Charlotte’s brother’s girlfriend) may have kidnapped her.

The first half looks at the past, then flips back to the future as Charlotte tries to locate Daisy, and then continues to flip back and forth. The backstory is revealed throughout the book from the perspectives of both Charlotte and Ruth, leaving the reader guessing. While it becomes clear both women have secrets, the author leaves the reader unable to assume what those secrets are, or which way the story will develop.

The second half of the story sees a new narrative enter from Charlotte’s brother Rocco’s point of view. A family trip before Daisy’s disappearance is the cataclysmic event that sets the ball rolling. Secrets and the past begin to be unraveled and revealed. By now Darcey Bell has wholly entranced the reader, and pages almost seem to turn themselves.

The character development is woven beautifully within each time frame and perspective. While the conclusion of the book may leave the reader unsatisfied, a lesson in compassion is dominant in the remaining chapters.