Are You Sleeping by Kathleen Barber (Review by Sarah Wreford) 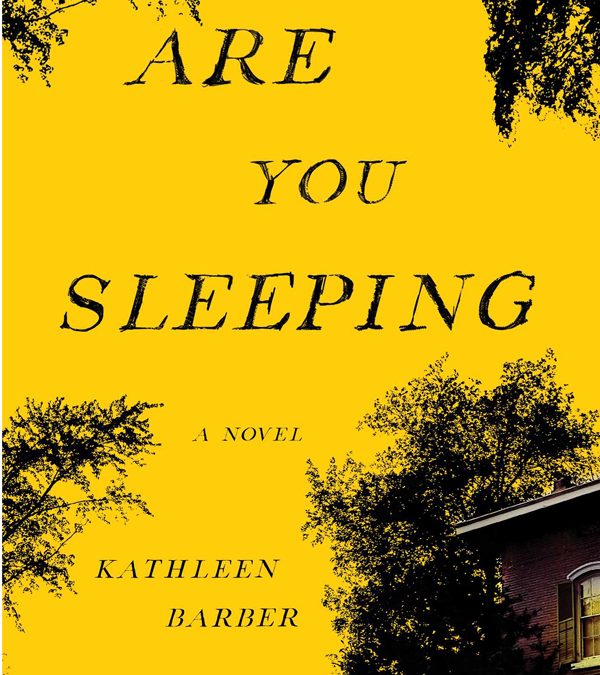 Were you addicted to the podcast series “Serial” or did you ever watch Netflix’s “Making of a Murderer”? For a while it seemed as if no one could escape hearing about these true crime stories. People became obsessed with figuring out if the accused should actually be found guilty of the alleged crime.

When we get caught up in the whirlwind of these true crime shows, a question we quickly forget is, what about the families? How would the families feel?

Kathleen Barber’s debut novel Are You Sleeping is a fictional novel in which the reader follows the character of Josie Buhrman, forced to relive the murder of her father due to a popular podcast questioning the verdict in his murder case. Barber’s writing invites the reader to dive into the crime and feel such a sense of empathy for Josie and her family as they all become suspects of murder, thrown into the public eye because of the podcast.

Barber’s novel is absolutely brilliant as it is so refreshing and completely unique. The reader becomes the detective trying to piece together the truth from Josie’s perspective and from the perspective of everyone listening to the podcast. It even includes a discussion forum where fans of the podcast write their latest thoughts, leading the reader to develop new theories on who killed Mr. Buhrman.

Finishing the last page of Are you Sleeping made me feel the same way “Serial” and “Making of a Murderer” did – incredibly sad. I was so engrossed in the multilayered characters and didn’t want the story to end. If you are looking for a page turner, look no further because Are you Sleeping will not let you down.