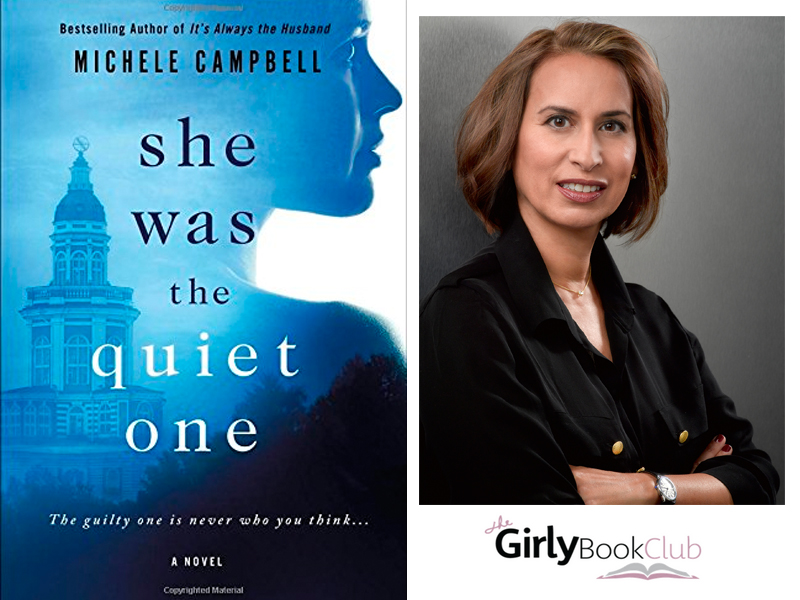 I haven’t read anything else by Michele Campbell, although It’s Always the Husband has been on my to-read list for awhile. After this title, I’m tempted to make it my next read.

She Was the Quiet One does a great job of slowly luring you into the world of this boarding school. You know right away that a terrible murder has taken place, and you know the victim was one of the twins, but you don’t know which one yet. The story is told in alternating chapters, from the points of view of Rose, Bel, their co-dorm head Sarah Donovan, and police records of interviews after the fact. I have to say early on my loyalty to each sister swapped depending on who was narrating the chapter. It was so easy to feel for Bel in her chapters, and it was likewise easy to do so in Rose’s. Campbell is a masterful writer, and it shows in her ability to make you sympathize with the different characters.

The mystery becomes a little clearer with each chapter, and by the time the murder happens, you realize where it was going and who’s guilty. From there, it’s just a matter of waiting for the characters to put it together. Part Two takes place over the last hundred pages or so, and it was so suspenseful I found myself biting my lips out of nervousness.

The only part I didn’t really like was, honestly, the epilogue. I felt like everything had been tidied up nice and neat before that, and then the epilogue left me with questions that I hadn’t had before. In a way, I kind of liked the angle it took, but in another way it felt sort of like a twist tossed in at the last minute. However, I will say that it’s made me curious enough I plan to go back and read the book again. No matter what, I highly recommend this book.