Read An Excerpt: Before the Coffee Gets Cold 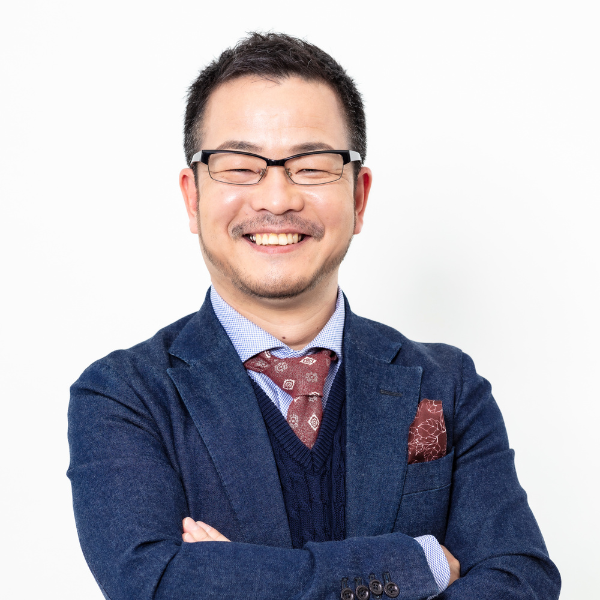 Toshikazu Kawaguchi was born in Osaka, Japan, in 1971. He has produced, directed and written for the theatrical group Sonic Snail. As a playwright, his most representative works include COUPLE, Sunset Song, and family time. His play Before the Coffee Gets Cold, won the Grand Prize at the Suginami Drama Festival grand prize. This is his debut as an author. Learn more about Toshikazu at here. 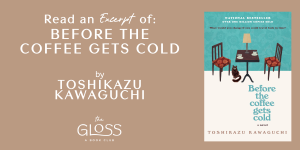 If you could go back, who would you want to meet?

“Oh gosh, is that the time? Sorry, I have to go,” the man mumbled evasively, as he stood up and reached for his bag.

“What?” the man responded dryly. He didn’t make eye contact with her.

“Don’t I deserve an explanation?” she asked.

The woman spoke using a questioning tone the man particularly disliked. They were in a windowless base­ment café.

The lighting was provided by just six shaded lamps hanging from the ceiling and a single wall lamp near the entrance. A permanent sepia hue stained the café inte­rior. Without a clock, there was no way to tell whether it was night or day.

There were three large antique wall clocks in the café. The arms of each, however, showed different times. Was this intentional? Or were they just broken? Customers on their first visit never understood why the clocks were like this. Their only option was to check their watches. The man did so now. While looking at the time on his watch, he started rubbing his fingers above his right eyebrow while his lower lip began to protrude slightly.

The woman found that expression particularly exas­perating. “And why are you looking like that? Like I’m the one being a pain?” she blurted out.

“I’m not thinking that,” he replied sheepishly.

“Yes you are!” she insisted.

With bottom lip again protruding, he avoided her stare and offered no reply.

The man’s passive behavior was infuriating the woman more and more. She scowled. “You want it to be me who says it?”

She reached for her coffee, from which all heat had now gone. With the sweetest part of the experience lost, her mood plummeted further.

The man looked at his watch again and counted back from the boarding time. He had to leave the café very soon. Unable to compose himself, his fingers had found their way back to his eyebrow.

The sight of him so obviously hung up about the time annoyed her. She recklessly plunked the cup down on the table. It came down hard on the saucer. Clang!

The loud noise startled him. His fingers, which had been busy caressing his right eyebrow, began to pull at his hair. But then, after taking a short deep breath, he sat back down and looked her in the face. All of a sud­den, his face was calm.

In fact, the man’s face had so clearly changed that the woman was quite taken aback. She looked down and stared at her hands clenched on her lap.

The man who had worried about time didn’t wait for the woman to look up. “Now, look…” he started. No longer muttering, he sounded collected and together.

But as if she was actively trying to stop his next words, the woman said, “Why don’t you just go?” She didn’t look up. The woman who wanted an explanation now refused to hear it. “It’s time for you to go, isn’t it?” she said, as petulantly as a child.

The man sat motionless as if time itself had stopped. He looked at her perplexed, as if he didn’t understand what she meant.

As if she was aware of how childish and unpleasant she sounded, she uncomfortably averted her eyes from the man and bit her lip. He rose from his seat, and spoke to the waitress standing behind the counter.

“Excuse me, I’d like to pay,” he said in a small voice. The man tried to grab the bill from their table, but the woman’s hand was pressing down on it.

“I’m going to stay a bit longer…so I’ll pay,” was what she meant to say, but he had pulled out the bill from under her hand with ease and was walking to the cash register. “Together, thanks.”

Not moving from her chair, the woman reached out her hand to the man.

But the man refused to look at her. He pulled out a thousand-yen note from his wallet.

“Keep the change,” he said as he handed the waitress the note together with the bill. The man turned to the woman for a split second, his face filled with sadness, as he picked up his bag and left.