Our Woman in Moscow By Beatriz Williams (Review by Stacie Kitchen) 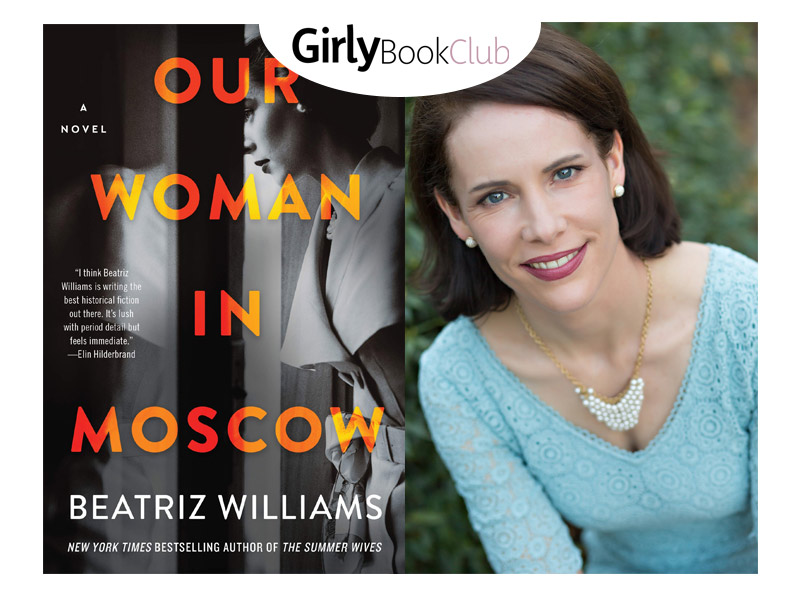 Loved this book! Our Woman in Moscow creates strong female characters that are both relatable and flawed. There are three main characters, and each one is so developed and real, that you can’t help becoming attached to each one. Ruth is the beautiful independent single woman who takes no crap from anyone. She runs a modeling company on her own and knows how to use her feminine wiles to her advantage. Iris is her beautiful, yet slightly more “girl-next-door” twin, who stands up for herself and her lovers and can surprise anyone with her inner strength and bravery. Lyudmila is a single mom raising her daughter while also fulfilling her role as a high-ranking Russian KGB agent.

Beatriz Williams follows the story of the two Americans, Ruth and Iris, as they visit their brother in Rome during WWII. This part of the story is intersected by their lives during the Cold War era with Ruth in New York, and Iris in Moscow. Ruth gets recruited by the sexy Sumner Fox to help retrieve Iris’ family from Moscow. Lyudmila is watching and waiting the family in order to prevent the escape. Each woman faces the demands and issues of their life in different ways as they deal with husbands, lovers, jobs, and children.

I have not read a book by Beatriz Williams before, and I was a little daunted at the length of her books. Despite its length, Our Woman in Moscow was a quick read for me. The back-and-forth between timelines kept me intrigued and wanting more. I did want to hear a little more from Lyudmila’s timeline. Despite being a KGB agent, I felt I understood her struggles and agenda. I wanted to hear a little more of her side of the agenda. Loved the book, and it was a great historical fiction read! 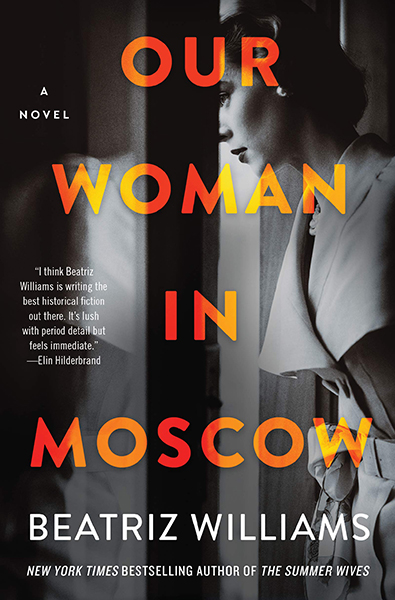