Your One & Only by Adrianne Finlay (A Review by Kiley Mackell) 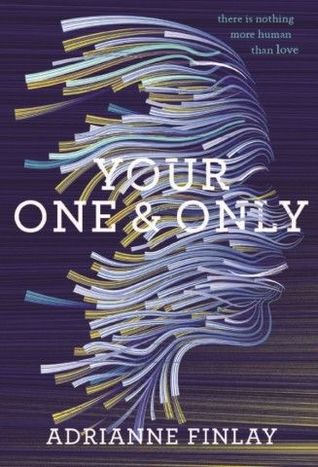 It didn’t take long to get lost in the world of Vispera, it’s a perfect world with no crime or illness and nothing is stronger than the bond between brothers and sisters. In Your One and Only by Adrianne Finlay the world is no longer occupied by humans, instead of by clones whose DNA has been manipulated and perfected. There are nine models of clone, each one being reproduced 10 times every generation. Nothing is stronger than the bond between each model and the other clones of their model and generation. Every generation produced loses qualities of its human ancestor, the lack of humanity becoming more and more apparent with each generation.

The clones attempt to find the perfect tenth model to join Vispera by creating a human from one of the several stored samples. Jack is very much still human and grows up struggling to fit in with the clones. He is mocked and teased like he is an animal at the zoo. He spends most of his time alone until he finds himself inexplicably drawn to one of the clones. The book alternates between Jack’s perspective and that of Alethea, the clone, as they attempt to bridge the gaps of their fundamental differences.

This book grabs you from the beginning. I found it hard to put down and it left me sad when it was over because I was wanting more. Although it’s a young adult book, it addresses real issues including acceptance and what it means to be human.