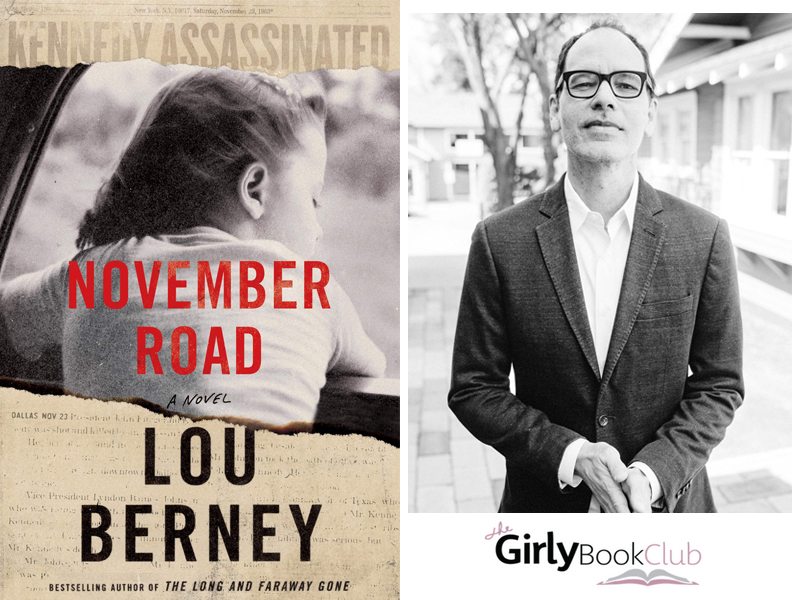 My attention for this novel was grabbed because the plot is centered around the assassination of JFK. Lou Berney takes the assassination and gives it a different twist while incorporating a story of survival, starting over, and love. Berney writes this story with such simple yet complex language. You get in the heads of the characters and witness the story develop from their point of views. You see that Charlotte is more than just a simple, married woman from a small town in Oklahoma and Frank is more than some hired hand from New Orleans.

When Charlotte’s and Frank’s paths cross, each of them must make decisions that will change their lives forever. Frank decides that he must play the part of a loving man to escape his fate, not realizing that somewhere in his playboy mind, he has deeper feelings. Charlotte, on the other hand has the same revelation, but in a different way. Yes, she does want a new beginning for herself and her children and she still has a heart of gold, she must make the difficult decision to keep pushing forward.

The character and story development in this novel are what really pushes it through from the beginning and almost to the end. Suspense is built throughout the story as they make their way across country, each on the run of their lives.

What I enjoyed most about this story is how Berney was able to take these two characters from different backgrounds and intertwine their stories. The ending did take me a little by surprise. It wasn’t the climactic ending that I was expecting but I was okay with that because of how the story developed.

I would recommend this novel to anyone who loves a good, yet tasteful twist on historical events and how it can affect the lives of everyday people.