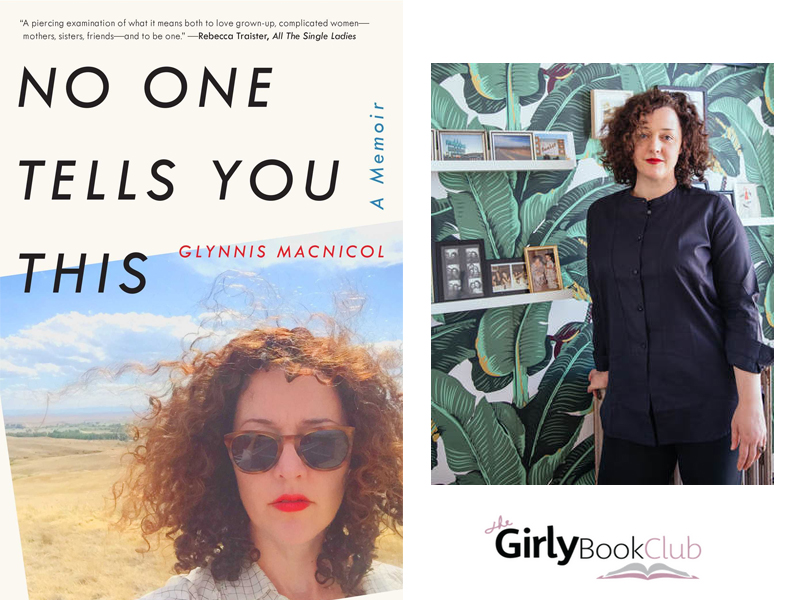 As a successful professional, childless, woman who did not marry her love until I was 40, I had high hopes for No One Tells You This. Strong women who travel worthy paths outside of marriage and motherhood are sorely underrepresented in literature, film, marketing, and well, just mainstream talk generally. Living this reality, perhaps I pinned too much hope on MacNichol’s effort. While she was able to articulate some often unspoken – or if spoken, unacknowledged – truths about the pressures,disappointments, and yes, joys of a life without a partner or children, the overall story of her experience is ultimately unsatisfying. MacNichol offers us significant glimpses into her life and sometimes reflects quite openly about her decisions and circumstances, but overall she seems reluctant to share. The picture of an often too available best friend, doting aunt, worried daughter, struggling writer, and oh, single woman, is incomplete and slightly ingenuine.

She lives what some might describe as a charmed life – a stable (if imperfect) two-parent upbringing, education at her preferred schools, friends with connections, work that takes her to the edges of celebrity circles, opportunities for expense-paid travel, and the distinct fortune of landing on her feet despite financial, or emotional setbacks. The sometimes complaining, but more often baffled tone of a successful woman not quite fitting the mold (and not really caring to or being pressured to) do little to paint a picture of a character with whom to empathise.

Having said that, when she does pull back the curtain and really go down the path the book’s cover professes, the insight is more satisfying. On ‘losing’ yet another friend to marriage while she herself has no long term love on the horizon: “…this is a loss and is still beautiful…We are the ones giving you away. And it’s hard. And I will miss our life. And I am still happy for your happiness.” Those of us who have been there get it. If you haven’t, if your life has followed the normally prescribed path of school, job/marriage (or marriage/ job), children, MacNichol has captured it. Think about it when next you are mourning or lamenting your single friends’ solo status.

When caring for her sister’s children and reflecting on how life might be if she were a mother, she offers another glimpse into the often felt, seldom spoken, dilemma of the middle-aged and childless female: enjoying children and being prepared to mother them even if you don’t want (or are not in a circumstance to have) your own, but not necessarily being acknowledged for the implications of not taking the motherhood path. The non-mother club can be a pretty lonely place. MacNichol’s feeling that it might give shape to her life is not unique, and she expresses a truth that I am sure many feel: [as a mother] “I would know exactly what I was supposed to do everyday, and it would always be important to someone. I’d never have to wonder over my own necessity or whether what I was doing was worthwhile.”