My Dear Hamilton: A Novel of Eliza Schuyler Hamilton (Review by Caitlin Winkler) 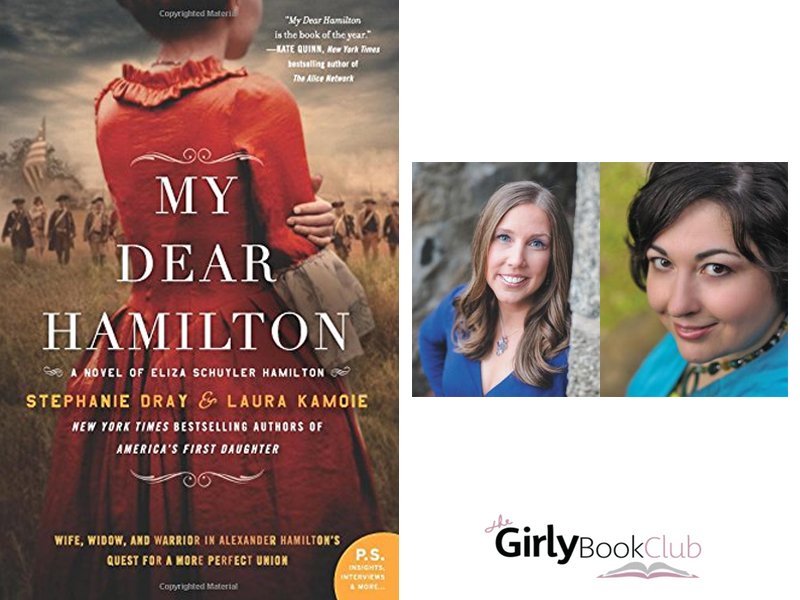 As young children we learn all about America’s founding fathers in US History. We learn about George Washington, Thomas Jefferson, Aaron Burr and, of course, Alexander Hamilton. What we don’t always focus on as much in the classroom is the women of the American Revolution. Meet Eliza Schuyler Hamilton, wife of Alexander Hamilton and mother of their many children, who may not be as well known but is an amazing figure in history.

I love a good historical fiction novel and My Dear Hamilton did not disappoint. More and more novels have been written about the women behind histories famous men and I have to admit I am in love with this trend. We all know the story of Alexander Hamilton, especially since the hit Broadway musical has captivated the world, but how many people know about the woman married to him. Eliza “Betsy” Hamilton was born to a prominent New York family, daughter of a general, who meets and falls in love with a young Alexander Hamilton. This novel guides us through their lives, their toils and triumphs, and the politics that shaped the nation in congress and the press but also in the ladies knitting circles and carefully planned dinners.

This story by Stephanie Dray and Laura Kamoie is a wonderfully written story about Eliza Hamilton, not just the wife of Alexander Hamilton, but a strong, independent, pioneer in her own right. Her life is fascinating and, while I understand that historical fiction is not always 100% factual, this novel made me so interested in learning more about this stimulating person in history.