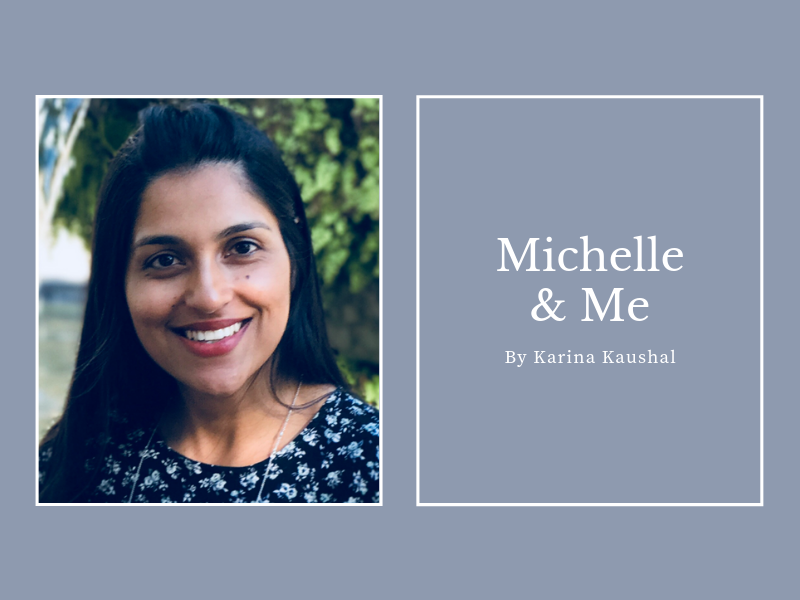 I went to see Michelle Obama on May 4th in Toronto and was amazed to see the entire Scotiabank Arena was packed. In spite of the sparkly jewel cape she wore over her blazer as she entered to Girl on Fire (Alicia Keys), her glossy black stiletto heels, and her queen-like presence on the stage, I was humbled by her as she spoke. She was incredibly down to Earth as she spoke earnestly about how her experiences contributed to the bigger picture in society.

My highlights from, what felt like a very intimate conversation with her, were her views on the evolving platform for women. One of the questions she was asked was about how men could ally with women because seemingly “the future is brown and female”. She chuckled and then joked, “Bow down”. Imagine 15,000 people in the arena roaring with cheers and applause. The sound was so encouraging, I felt it thunder through my bones. The woman in me was so uplifted.

Michelle had valuable advice for everyone.

She explained how her father and brother set the expectation for how a man should walk into her life. Her father didn’t expect her to wear pretty dresses and look adorable. Instead, when he threw a ball for her brother Craig to catch, he threw a ball for Michelle to catch as well. That, she realized, was how he showed his respect for her as a female. He saw her as an equal to Craig. She felt that’s what gave her the confidence to do as much as (if not more than) what a man is capable of. She advised father’s and brothers to enable the women in their lives in the same way, especially in the workplace. She argued that if you aren’t treating the women in your workplace with the same respect then by teaching your daughters to be strong women, and not preparing the workplace for strong women, you are doing your daughters a disservice. *Insert another roaring applause across the arena*

She advised women that the idea that they should be the wind beneath the wings of a man was misguided. She rolled her eyes at the saying, insisting that’s not a woman’s a role. Coincidentally, my takeaway from her memoir was how she was against Barack’s career in politics. It was a gasp-worthy realization for me, who always heard that behind every successful man is a woman.

She gave a shout out to book clubs for being a great place to network. She’s been working with her publisher to get more book clubs reviewing her memoir. I was squirming in my seat, itching for her to say something about the GBC. But, she explained that they are desperately seeking a male book club, which does not seem to exist anywhere. She encouraged men to network, build bonds, share their emotions and start book clubs!

She encouraged young people into higher education, to seek elder mentors and be fearless in asking questions. She did this by sharing some hilarious stories about her daughter Malia, who, growing up in the White House, only recently learned about dusting. She used this story to illustrate how young people think they know everything, but in fact, know nothing at all and therefore should be open to learning.

Michelle announced her next big project is a Netflix production company she started in partnership with Barack, which aims to broadcast positive messaging to young minds through media. She explained that the initiative doesn’t seem very “Hollywood” and is just an extension of the work they did in the White House in a more mainstream way. “I’m still an old person,” she said and furthered by saying that she and Barack are just open to trying new things to make a positive impression on young people.

After reading her book and having an intimate conversation with her, I feel like she’s just another one of my friends. It was a truly uplifting experience. 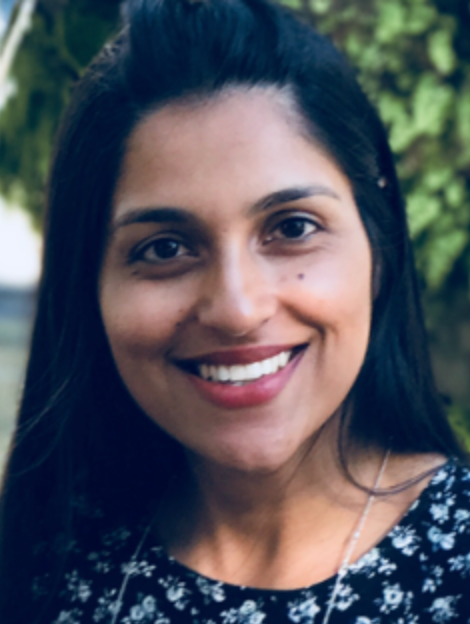