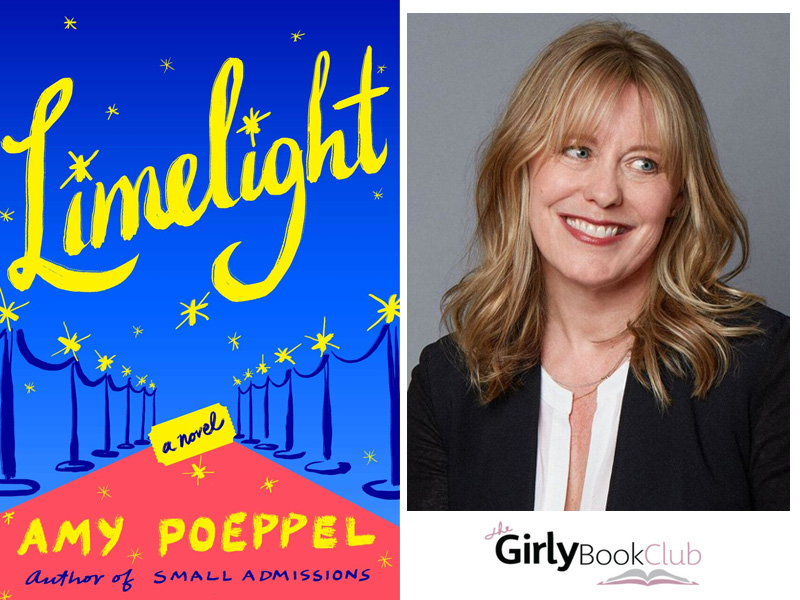 I had no idea what I was getting into with this book, no expectations or preconceived notions. I have to tell you, I really liked it!! It was nice to read a book that made me laugh out loud. Amy either has teenagers or has been around some, because her impersonation of them was spot on! I love New York so I enjoyed the story about this fictional family, all the stores and shops I’ve heard of or been to, celebrity’s names, Broadway plays, etc

Allison Brinkley is a typical hard working mom, always trying her best to keep everyone in her family happy. Her husband has accepted a job promotion, so the family is packing everything up and moving from their large Dallas home, to a small apartment in New York. Her teenage daughters won’t even speak to her. Not only did they have to leave their friends behind but they are forced to share a room and have to take the subway to school every day! Uhhhh Everyone is having a hard time adjusting. The walls are thin, the kitchen is tiny, you have to walk everywhere, and they have to find all new doctors and search out what schools are the best in the area. Allison was excited to start her new teaching job, but when she showed up to work her first day, she was informed that the previous teacher decided not to leave after all! Now what?

Just when Allison thinks things can’t get worse, they do. She decides to get her car out of storage (crazy right?) so she can drive up to “the country” to look at a house for her mom. When she comes back to pick up her son from school, she has an issue navigating the parking lot, and hits another car. She leaves a note for the driver to let him know what happened so she can take care of the damage. She gets a nasty message on her phone telling her where to meet the owner of the vehicle. The next day she drops her son off at school and heads over to this beautiful building not far from Central Park. She explains to the door man who she is and he lets her up to the penthouse suite. The doors open and Allison is in awe at the massive space, the art, the views, but where is this man who asked her to come? Unfortunately what she finds is a teenager, beat up and limping, and looks like he needs a shower and a spanking! He isn’t the owner of the car, and doesn’t care about anything other than finding his pain meds the maid hid from him. He is rude and nasty to Allison, but her mom mode kicks in and she finds his pain meds, lays a day’s worth out on the counter and leaves. She can’t believe how rude he was to her, and why doesn’t he have family taking care of him? She takes the key the maid left behind as she quit and stormed out, and decides she’ll keep it in case she wants to come back, to check on the boy.

What Allison doesn’t know but will soon find out, is that this rude kid is actually Carter Reid, an uber famous teenage heart throb and singer. He has been cast to play one of the lead roles in the Broadway play Limelight. Allison knows who he is because one of her daughters used to have his poster on her wall. He’s such an entitled jerk and so ungrateful, but she can’t help but mother him. She brings him food, makes sure he takes his pills and drinks a lot of water. She can’t help herself, and starts going regularly to see Carter and make sure he’s taking care of himself. He does not want to be in the play, and feels like he was tricked by his agent to sign the contract. He insists he doesn’t care what they do to him, he will not do it and wants to leave immediately and go back to LA. Even though Allison doesn’t technically work for Carter, his “people” are counting on her to convince Carter that he needs to suck it up and do his job. He has a terrible reputation for being the “bad boy”, sleeping around, drinking, doing drugs and this roll could change everything for him. Can Allison convince this arrogant teenager to do the right thing? She’ll have to bring in reinforcements to help her achieve her goal. What she’ll discover is how much she loves working in this industry and helping these stars keeps their lives in order. Meanwhile she has to decide if living in the city is for her and her family, should she go back to teaching, will her daughters ever stop hating her for the move?

I know you will love this book like I did. Allison is such a likable character, and her watching her family transform throughout the book, and her ability to change Carter was sweet. As I read this book I kept picturing Carter as Justin Bieber. Lol That sweet boy that has grown up in the “Limelight” and has too much money and fame at such a young age, that they are bound to make bad decisions. Especially without their own Allison Brinkley to take care of them!