The Ladies Who Haunt Us 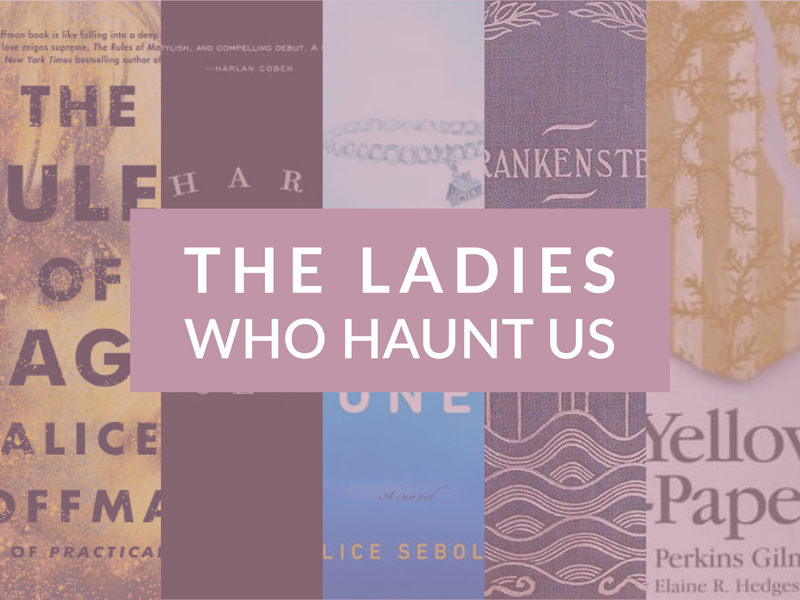 When it comes to any of the darker fictional genres – horror, thrillers, crime, and fantasy – female authors can be overlooked for their literary contributions to these categories. However, we know that ladies can haunt us just as much, if not more, than their counterparts.

Here we look at five tales written by women that have given us the heebie jeebies with their well-spun pieces of fiction.

If you’re in the mood: to be put under a spell with magical realism

The Rules of Magic by Alice Hoffman  |  BUY NOW

In this ‘prequel’ to Practical Magic, Hoffman traces the origins of the Owens sisters, Franny and Jet, along with their brother Vincent, during their upbringing in New York City during the 1960s. The three siblings are uniquely special, even dangerously so, and as such, their mother sets strict rules to avoid the curse that has been following their family for centuries, when their ancestor was accused of witchcraft for loving the wrong man. A visit to their aunt in a rural Massachusetts town reveals the family’s heritage and the siblings discover the truth of who they really are. While The Rules of Magic may not be haunting, it will certainly leave you bewitched.

Haunting Quote: “This is what happens when you repudiate who you are. Once you do that, life works against you, and your fate is no longer your own.”

2. If you’re in the mood: for a dark and twisted psychological thriller that will leave you feeling squeamish

Following a short stay at a psychiatric hospital, troubled journalist Camille Preaker has returned to her small hometown to report on the disturbing murders of two young girls. She attempts to ease into an unsettling family dynamic with a mother who has never loved her and a teenage half-sister she hardly knows. As her investigation begins to uncover details of the gruesome crimes and the victims, Camille finds herself identifying with the girls, and realizing she must look to her own past to discover the truth.

3. If you’re in the mood for: a murder mystery told by an unconventional narrator leaving you aching for closure

Teenager Susie Salmon was murdered, leaving her family devastated, albeit ignorant to the gruesome details of her demise. Susie tells the story from her vantage point in heaven, describing the killer that confronted her on way home from school, before luring her underground to rape and kill her. She helplessly watches her former world as her family grieves, desperately hoping the man responsible for her death will be found and punished and her case would be solved.

Haunting Quote: “Murderers are not monsters, they’re men. And that’s the most frightening thing about them.”

4. If you’re in the mood for: a classic, early depiction of science fiction wrapped up in pure gothic horror

Dr. Victor Frankenstein, a young scientist driven by his desire to uncover the secret of life and in turn create it from a lifeless matter. Armed with knowledge, Victor builds a grotesque creature from old, body parts dug up and stolen from a graveyard and brings his creation to life. With that, he comes to determine the life he has created is in fact a monster and abandons it, escaping into the night, unaware of the forthcoming consequences of his actions and creation.

Haunting Quote: “You have not known horror until I have shown it to you.”

5. If you’re in the mood for: a tormented tale of the power of the mind and its horrifying effects on one’s psyche

This short story depicts the secret journal of a woman during her time involuntarily confined to a single room in a country estate rental home. While her doctor and husband prescribe rest and passivity to cure her illness (of “nervous depression”), the under-stimulation begins to feel more like a sentence. Longing for activity to help ease her mind and improve her condition, she begins to journal in order to relieve her mind, fixating on the yellow wallpaper in the single room she occupies. Her mental state declines beyond what it was when she arrived, nearing on hopeless insanity.

Haunting Quote: “I don’t like to look out of the windows even – there are so many of those creeping women, and they creep so fast. I wonder if they all came out of that wallpaper as I did?”