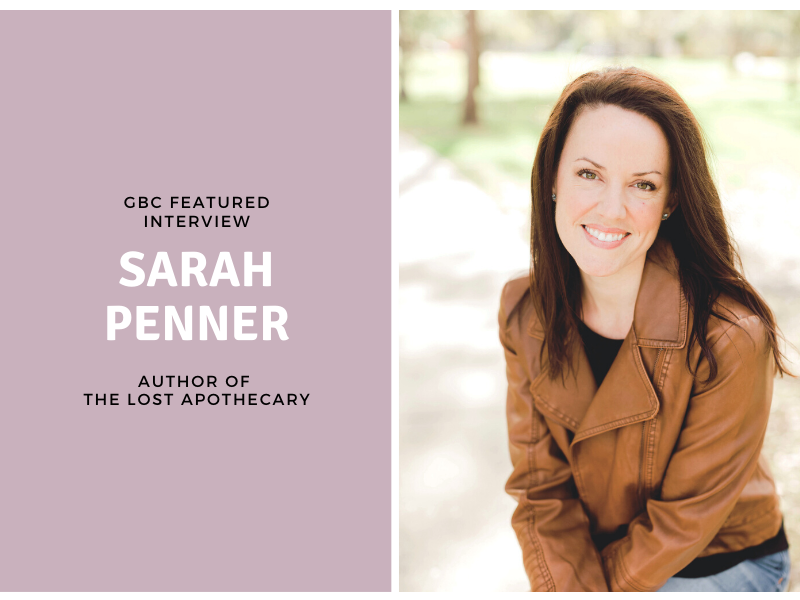 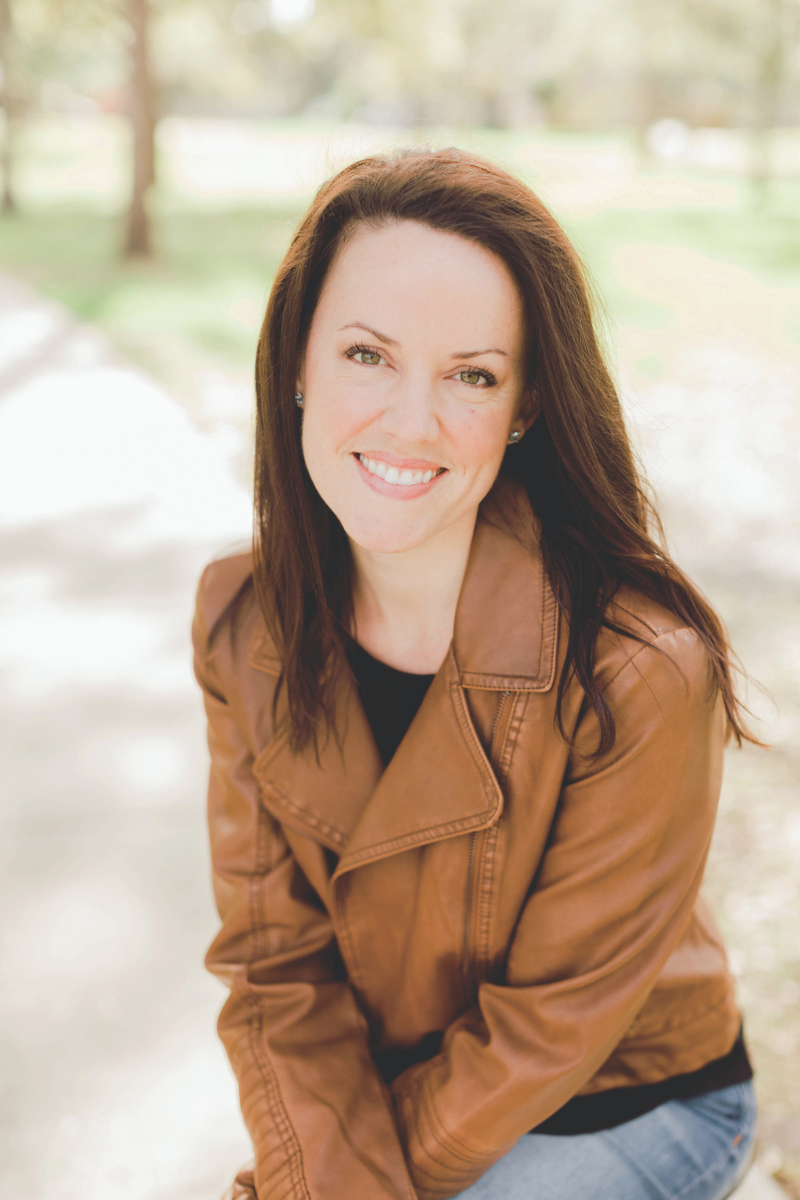 Sarah began writing seriously in 2015, after attending a moving lecture given by Elizabeth Gilbert, who was on tour for Big Magic. Soon after Gilbert’s talk, Sarah enrolled in her first online creative writing class and hasn’t looked back since. Sarah graduated from the University of Kansas with a degree in finance, and she’s spent the last decade in various corporate finance functions; numbers and spreadsheets appeal to her analytical side. When she’s not writing, you’ll likely find her in the kitchen, the yoga studio, or running outdoors in the Florida heat. Visit her at www.sarahpenner.com or on Instagram @sarah_penner_author

Girly Book Club: What can you tell our members about your upcoming debut novel, The Lost Apothecary?

Sarah Penner: The Lost Apothecary is about an apothecary in eighteenth-century London who sells well-disguised poisons to women seeking vengeance on the men who have wronged them. Two hundred years later, in present-day London, a woman mudlarking on the River Thames finds a mysterious vial. She soon suspects she’s found the culprit in the never-solved “apothecary murders” that haunted London two centuries prior. The lives of these women eventually collide in a stunning twist of fate.

GBC: Where did the inspiration for The Lost Apothecary come from?

SP: When the idea for this story first came to me, I envisioned a woman—an apothecary—working from a hidden shop in a dark London alleyway. But, I knew I wanted there to be something sinister about her, and this quickly led me down the path of poison.

I clung to this initial vision throughout the writing of the book. The word apothecary is evocative, drawing forth visions of a candlelit storefront with sash windows, its walls lined with mortar bowls and pestles, and countless glass bottles. There is something beguiling, even enchanting, about what might lie within those bottles: potions that bewitch us, cure us, kill us. I aimed to develop this enchantment within the story, to really make the reader feel like he or she had stepped into the old apothecary shop.

GBC: Why did you choose to write this story with dual timelines and across multiple characters’ points of view?

SP: I chose dual timelines and multi-POV for a very simple reason: I like withholding information from the reader, and multiple timelines/characters allows an author to do just that. We’re able to “drip-feed” suspense through the story, switching characters or timelines at precisely the moment that you, as a reader, want the information the most.

GBC: What research was involved in the writing of The Lost Apothecary?

SP: I’ve spent years researching Georgian London. I much prefer it over the Victorian, Tudor, and Edwardian eras. Georgian London teemed with gin, brothels, eccentric intellectuals…it was such a scandalous time period! It was also before the advent of modern toxicology, which was necessary for my story: The Lost Apothecary is about disguised poisons, and if I’d set the story even fifty years later, some of the apothecary’s poisons would have been discernable via autopsy.

Researching the many herbal and homespun remedies for this story was a time-consuming, albeit entertaining, task. I spent time in the British Library, reviewing old manuscripts and druggist diaries; I reviewed digitized pharmacopeias; and I studied extensively some well-known poisoning cases in the eighteenth and nineteenth centuries. I was surprised by the number of plants and herbs that are highly toxic, and I was fascinated while reading about the clever, if ineffective, remedies used by the predecessors of modern-day pharmacists.

SP: As a child, I enjoyed writing in journals and dabbling in poetry. But I didn’t begin writing seriously until 2015. That year, I traveled to an old pub in the heart of London, and I felt a tug to write a historical novel set in the city. Shortly after that trip, I attended an inspiring lecture given by Elizabeth Gilbert. She was on tour for Big Magic, a game-changing book for creatives. I decided to enroll in my very first online creative writing class, and I haven’t looked back since.

SP: This is such a difficult question. I read across many genres—mystery, memoir, historical fiction, narrative nonfiction—and what I’ve come to really love in a story is specificity: fresh ideas, interesting details, and original situations. I love learning, so whether a book is fictional or not, I tend to enjoy stories that teach me something about the world. That could be places I haven’t been, foods I haven’t eaten, activities I haven’t tried. The reason I like specificity in a story is because it makes me feel present—like I’m a part of it, another character in the book.

GBC: When you begin writing a novel, what is your goal? What do you aim to invoke in your readers?

SP: My primary goal is originality. I want to write stories that readers find fresh and original—a story unlike anything they’ve read before. One of the reasons I was so compelled to write The Lost Apothecary was because I knew there wasn’t anything like it in contemporary commercial fiction; there are a handful of fiction books about apothecaries, but certainly none of them are female serial killers!

GBC: Do you base your characters off individuals in your life or include snippets of your personal life into your novels?

SP: In The Lost Apothecary, the present-day character, Caroline, is very much like me. Readers who know me well will spot quite a few parallels! But generally-speaking, I try not to base characters off of real individuals. There may be a few similar personality traits, but I try to leave myself free to explore each character as a new invention of my imagination.

GBC: What does your writing process look like? Do you map the story from start to finish or do you begin with an idea and see where it takes you?

SP: From premise to final edits, every story’s process is different. I’ve written entire drafts, only to later revamp the core premise, and I’ve also done the opposite, i.e. start with a strong pitch and then write the draft from that pitch.

I’m still very much growing as a writer and have an incredible amount to learn. But, I’d like to get to a place where I can write a compelling pitch; develop an outline; then draft from the outline without significant deviations. This three-step process idea appeals to the structured, productive side of me. But in reality, sometimes a writer has to play around with scenes and early chapters to uncover a voice or POV that works best. Not everything about a story can be planned in advance, so even writers with a tried-and-true “writing processes” need to remain adaptable.

GBC: What are you doing if you’re not writing?

SP: I love the outdoors and being active, so anything that combines the two: running, biking, hiking, scuba diving, you name it! I also enjoy yoga, naps, and cooking a good meal at home.

GBC: Physical, e-book, or audiobook? – and why.

SP: I think there’s a time and place for all three. When traveling, bringing along an e-reader is such a great way to transport books in a compact manner. And on road trips, audiobooks are a must-have! But if I must choose from the three, I’d say a physical book is my favorite. I love having something solid to open, set aside, look at from across the room, etc.

GBC: What was your favorite book as a child?

SP: I loved the Sweet Valley High books! I remember making a big chart on a piece of paper with the titles of the books I’d read in the series, and the ones I planned to read next. A predecessor of Goodreads, you could say. The chart was colorful with lots of doodles and character names. I’d love to have it now, for posterity’s sake!

GBC: We’re always on the hunt for our next great read. Recommend us a book to add to our TBR-pile!

SP: If I may be permitted to recommend two, because I can’t choose just one! Both are debuts, released earlier this year. The first is THE KINDEST LIE by Nancy Johnson, a powerful #ownvoices story about race, class, and family secrets. The second is WAITING FOR THE NIGHT SONG by Julie Carrick-Dalton, which is a murder mystery set amid a climate change crisis. Absolutely riveting.