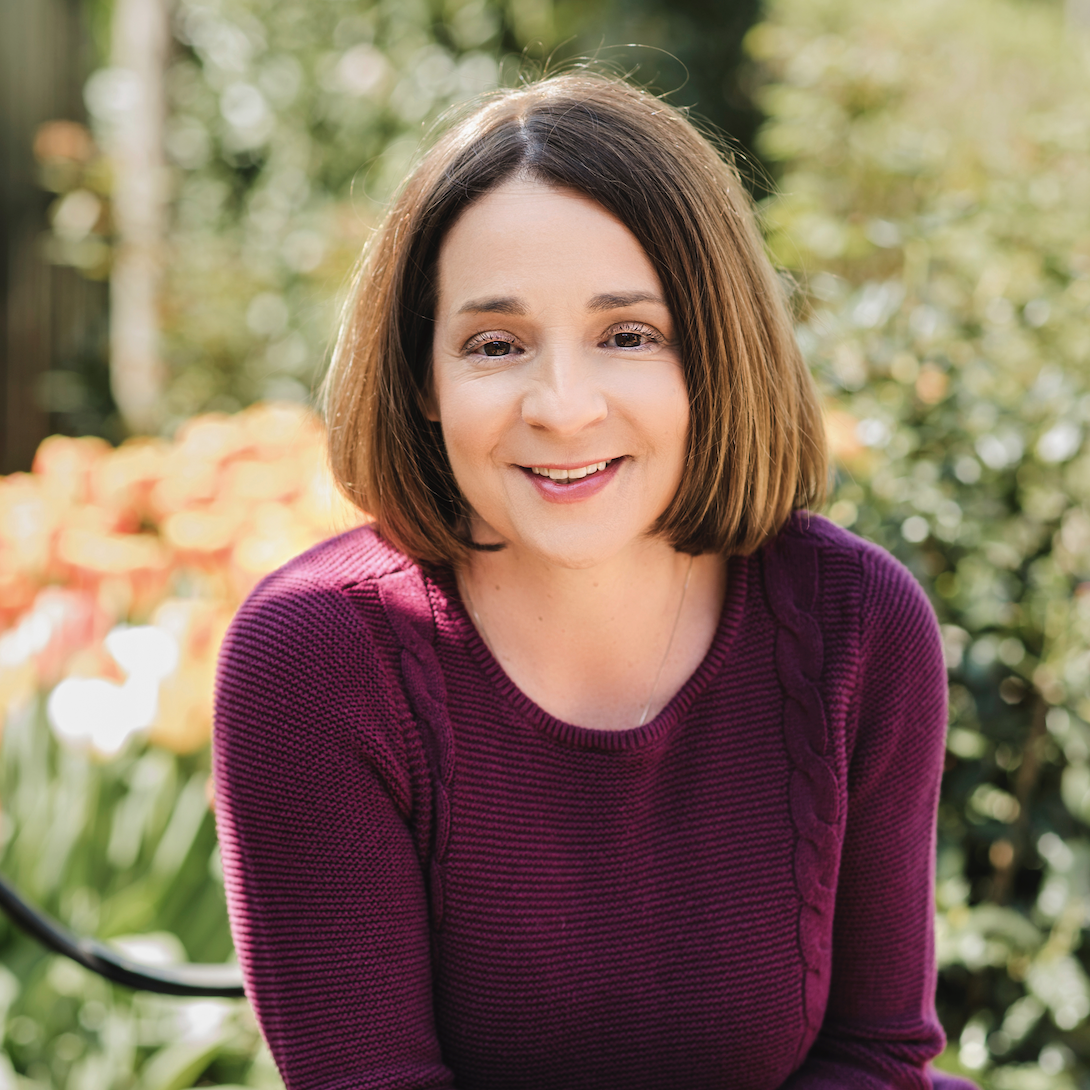 Pam Jenoff is the author of several books of historical fiction, including the NYT bestseller The Orphan's Tale. She holds a degree in international affairs from George Washington University and a degree in history from Cambridge, and she received her JD from UPenn. Her novels are inspired by her experiences working at the Pentagon and as a diplomat for the State Department handling Holocaust issues in Poland. She lives with her husband and 3 children near Philadelphia, where she teaches law. Visit Pam at www.pamjenoff.com.

The Gloss Book Club: What can you tell our members about your novel Code Name Sapphire?

Pam Jenoff: In Code Name Sapphire, Hannah Martel has fled Nazi Germany because she is Jewish and a political fugitive.  She tried to escape Europe but her ship was turned away from North America and she was forced to return to Europe and find shelter with her cousin Lily in Brussels.  There, she connects with the Sapphire Line, a covert group engaged in smuggling downed Allied airmen safely out of occupied territory.  The Sapphire Line is run by Micheline, who agrees to help Hannah flee Europe in exchange for assisting with their work.  But when Hannah gets in too deep aiding Micheline and the Sapphire Line, a costly mistake results in the arrest of Hannah’s cousin Lily, Lily’s husband and their young son.  Lily and her family are slated for deportation east and Hannah undertakes a dangerous attempt to rescue them from the train before it is too late.

TGBC: Where did the inspiration for Code Name Sapphire come from? Is this novel based off any particular individuals and their specific stories or is an amalgamation of stories?

PJ: Although all my of books are works of fiction, there is usually one (or more) piece of history that inspired it.  The first of these for Code Name Sapphire was learning about an attempt by a small group of young people to stop a prisoner train that was headed for Auschwitz and free the people inside.  I was so interested, and I wanted to know how they had been so brave as to attempt this, and at the same time, why more people hadn’t tried to do the same.  This book was also inspired by the real networks of brave people who helped Allied airmen and others, including many Jewish refugees, escape over the border and out of occupied Europe.  I was particularly awed by The Comet Line, which was led by a woman named Andree deJongh.  Finally, my book opens with Hannah’s ship being turned away from North America.  This was inspired by the real-life ship, the St. Louis, but I changed the name because my dates were not the same as the real ship and I did not want to misrepresent that important piece of history.

TGBC: What kind of research did you do for this novel and how long do you spend researching before beginning to write?

PJ: Because of the pandemic, I was not able to travel to Europe when researching this book. I’m lucky that I lived in Europe for almost five years and have a basic knowledge of many of the places about which I am writing.  Also, there are fortunately so many ways to research these days because of the internet, plus books (there was an amazing one called The Twentieth Train, which talked about the real-life attempt to rescue people from the train headed for Auschwitz), maps, photographs, correspondence, memoir, periodicals and so on.

I’m what I would describe as a “contemporaneous researcher.”  What I mean by this is I only do a limited amount of research ahead of time and then I research as I go on a need-to-know basis.  I find this to be very efficient because for me research brain and writing brain are different times of the day and I can leverage both.

TGBC: When researching for Code Name Sapphire, what was the most surprising thing you learned?

PJ: I was surprised to learn that when those planning to stop the train and free prisoners sought support from the resistance, some were reluctant to help because they believed it was too dangerous.  And support for the train break further eroded when the Germans switched from transporting prisoners in third class passenger railcars to freight boxcars because it would be more difficult to break into the latter.

PJ: There was a lot of great historical detail about what the people who were being held prisoner did inside the camps to prepare for the break, the ways in which they gathered tools and planned it in a very empowered way.  I would have liked to show this more, but some of it got edited out for the sake of the story.

TGBC: What appeals to you about writing historical fiction?

PJ: I love illuminating a time period for people and exposing them to a piece of history they might not have known or known well.  And particularly with regard to women in historical fiction, I enjoy showing characters who would normally have lived their lives on a very set path.  But through war or other catastrophe, the character is thrown off their path and tested and changed and I like seeing how they respond and grow.

PJ: I find it very challenging to find the right balance between history and fiction.  That is, if I find a super interesting piece of history and want to include it, I can’t just do a big history dump and stop the narrative.  Instead, I have to find a way to weave the historical material in organically so that it does not stop the story.

TGBC: Is there anything you would like to see more or less of in this genre?

PJ: Writing novels set during World War II has been very popular in recent years, probably for the same reasons that people love to read books set during this era.  I approach this material with a grave sense of responsibility.  I consider my books love songs to the people who lived during this most difficult of eras.  The first question I always ask is whether a story can be done respectfully because, if it can’t, it goes no further.  I hope that everyone who endeavors to write books in this period feels the same way.  I also think it is important not to stake too large a claim around what is “real” in historical fiction and to be really clear where that line is in your work.

TGBC: How did you get intro writing and what inspired you to write your first book?

PJ: I always wanted to be a writer. I was one of those little kids who was always scribbling stories and showing them to anyone who would read them.  But for many years, I could not get my ambitions of writing a novel off the ground.  The turning point was 9/11.  I had become an attorney and had been practicing law for exactly one week when 9/11 happened.  I had this mortality moment when I realized that, while being a lawyer was a fine and admirable profession, I also had a deep dream of being a novelist and if I had been a 9/11 victim, I never would have realized that dream. I didn’t have forever.  So I took a night course called “Write Your Novel This Year” and got serious about my first book.  It was still a long road to publication, but that was the first step..

PJ: I believe that history is actually made up of an infinite number of individual decisions and choices.  So I like to put readers in the shoes of my protagonist and force them to ask what they would have done in that situation.  Also in my books, characters interact with people who are very different from themselves, whom they might never have met but for the war.  I hope that if readers see my characters transcending boundaries to work together, it might reduce some of the division and otherness that so many of us are experiencing in our lives today.

PJ: Good question!  I don’t think about it as success, because that implies a final destination and for me, it is more of a journey.  Writing is just one piece in a bigger life of fulfillment and service.  There are worlds and readers and a team of talented people whom I trust with my work and a community of writers, librarians, booksellers and book people.  And this is set in a larger mosaic of family and community and I think it is the whole thing that comes together into a life of chaotic exuberance that I love.

PJ: I’m usually a really open book (pun intended) when it comes to discussing my work-in-progress, but it’s very early days right now.  So I’ll just say there is a story during the war and a story after the war and a mystery surrounding an object that connects them.