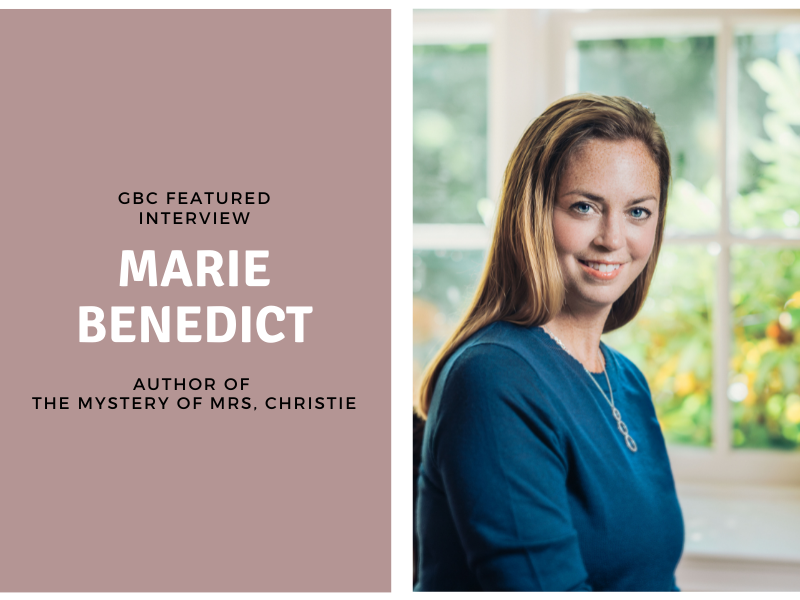 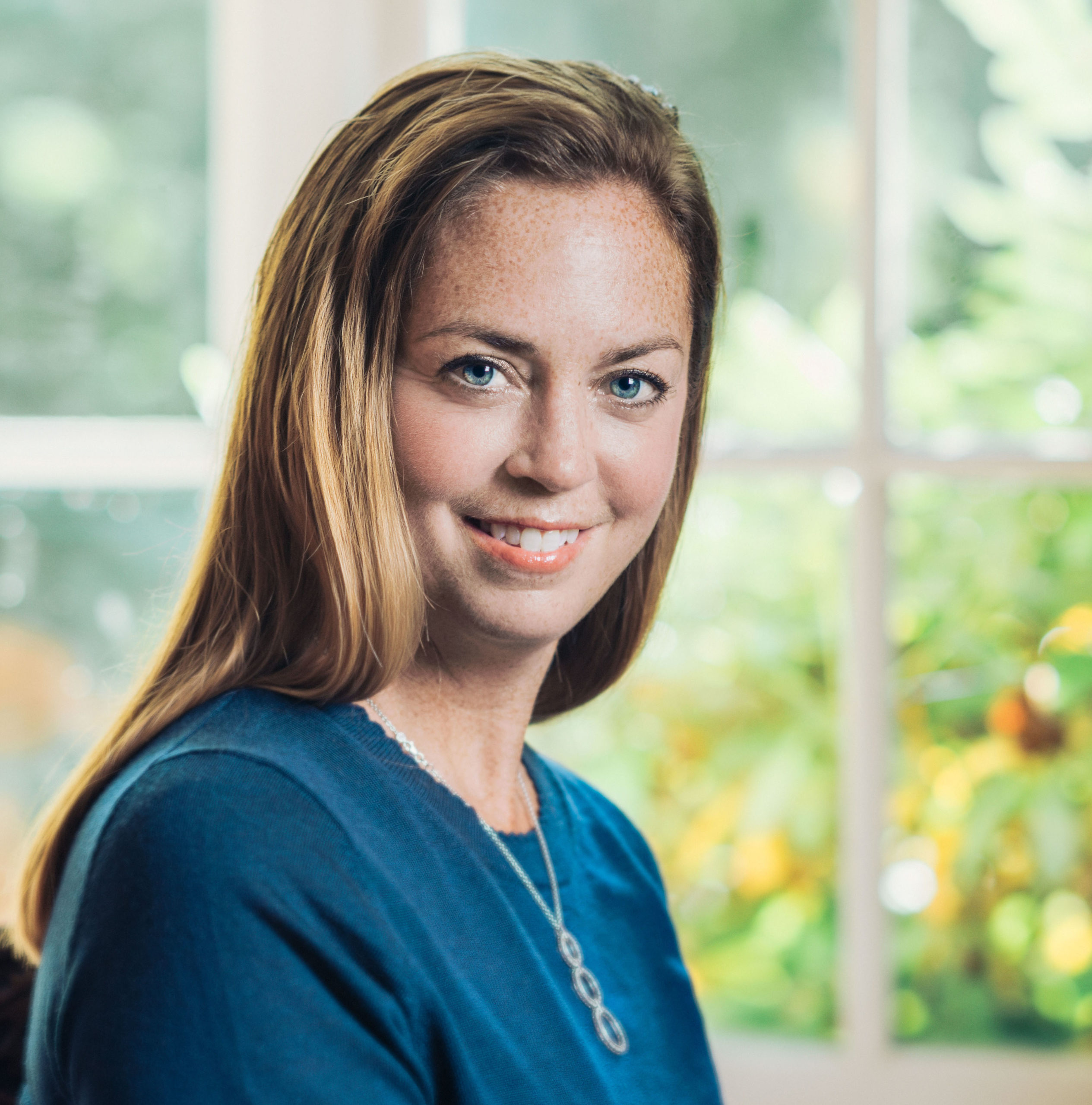 Marie Benedict is a former lawyer and the author of novels inspired by women whose achievements have been overlooked or underappreciated throughout history and are highly relevant and critical to modern life. She has been featured in The New York Times, The Washington Post, The Los Angeles Times, CBS This Morning, and Good Morning America. Her books include the New York Times bestsellers The Only Woman in the Room, The Mystery of Mrs. Christie, and The Personal Librarian, as well as The Other Einstein, Carnegie’s Maid, and Lady Clementine. Her new novel, Her Hidden Genius, will be released in January 2022. Visit her at www.authormariebenedict.com

Marie Benedict: Well, when I was a girl, I was fortunate to have a wonderful aunt — who also happened to be an English professor, a poet, and a rebellious nun — who was determined to expose me to the larger mysteries of the past and the different perspectives lurking in history. While she fed me a steady diet of phenomenal literature, it was Marion Zimmer Bradley’s The Mists of Avalon with its ground-breaking, female-centric telling of the famed Arthurian legends that really opened my eyes to the hidden world of women’s stories. I began asking myself how “history” is really fashioned, and I became fascinated with unearthing the unknown stories of women from the past. When I headed off to college, I followed this passion and became a history major, always assuming I’d become an archaeologist or historian. But I got detoured along the way,  and I became a commercial litigator in NYC for over a decade. The law never fit, and after several years, I started walking down the riskier, more authentic path of writing historical fiction about important women.

MB: What an intriguing, but challenging, question! I read widely in many, many genres, and each type of story contains particular elements that make it great. That said, there are certainly themes to which I am attracted; stories focusing on the nature of time and the way in which the past reverberates into the present, oftentimes in ways about which we are unaware, have a strong pull for me.

MB: The selection of a particular historical woman from my long list of candidates is the beginning of my process, and my goal is writing a new piece of historical fiction is tied to the rubric I use to choose that woman. I’m looking for a woman from the past who’s not only left us a legacy from which we continue to benefit but who’s also struggled with issues that are both historic and modern. I hope to change the lens through which we look at the past — help readers see the women where they’ve been all along, contributing to our world — and to inspire readers in their own lives to overcome obstacles and undertake tasks and paths that may otherwise seem insurmountable. This links to my mission, which is to excavate from the past the most important and complex women of history and so we can hear their moving stories, appreciate the breadth of their contributions, understand how they came to be such incredible women, and learn from the insights they bring to modern day issues.

GBC: What can you tell our members about your novel The Mystery of Mrs. Christie?

MB: In December 1926, Agatha Christie went missing. Investigators found her empty car on the edge of a deep, gloomy pond, the only clues some tire tracks nearby and a fur coat left in the car— which was strange for a frigid night. Her World War I veteran husband and her daughter had no knowledge of her whereabouts, and English authorities unleashed an unprecedented manhunt to find the up-and-coming mystery author. Eleven days later, she reappeared, just as mysteriously as she disappeared, claiming amnesia and providing no explanations for her time away. The puzzle of those missing eleven days has persisted, and THE MYSTERY OF MRS. CHRISTIE explores why such a brilliant woman would find herself at the center of such a murky historical mystery. What is real, and what is mystery? What role did her unfaithful husband play, and what was he not telling investigators? And could Agatha Christie’s untold history be her greatest mystery of all, the key to understanding her and her legacy?

GBC: Where did the inspiration for The Mystery of Mrs. Christiecome from?

MB: For as long as I can remember, I’ve been a huge Agatha Christie fan. That wonderful aunt I mentioned in an earlier answer is the one who started me on her mysteries. At a certain point, I realized that I really didn’t know much about the author I so admired. I did some digging into the woman behind the iconic figure we think we know, and I learned about her 1926 disappearance.  This event — seemingly torn from the pages of one her own books — made me even more fascinated with the bestselling writer. I couldn’t help but wonder: What happened to her during the eleven days she was missing? Did she disappear by her own hand, or someone else’s? Was she running from her life, or creating an entirely new one? I couldn’t shake the question of what role Agatha might have played in her own disappearance and why, and how it might have influenced her to become the world’s most successful novelist at a time when women were discouraged from having careers.

MB: While I’ve never modeled an actual book character after someone from my life — particularly since most of my characters are based upon real-life people from the past — certainly aspects of individuals’ personalities find their way onto my pages from time to time. The same goes for issues I’ve been considering in my own life.

MB: Before I begin writing — or even outlining, for that matter —  I’ve already undertaken a significant amount of research on the historical woman I’ve chosen and the time in which she lived, topics of both a macro and micro nature. I then map out the story; I know how the novel will begin and how it will end before I even draft the first word. While I then generally outline the chapters between that start and finish of the book, I do leave wiggle room for the characters and the research to take me places I might not have envisioned.

MB: While writing can be a personal journey and thus advice tailored to the individual writer, I would recommend that aspiring writers focus on topics for which they have a strong passion, rather than pursue subjects that seem commercially appealing. Writers can waste a lot of time chasing trends that may fade away by the time they’re finished with their books, and readers can detect true  enthusiasm for the writers’ subjects in any event. And who knows? A new writer may even start his or her own trend!