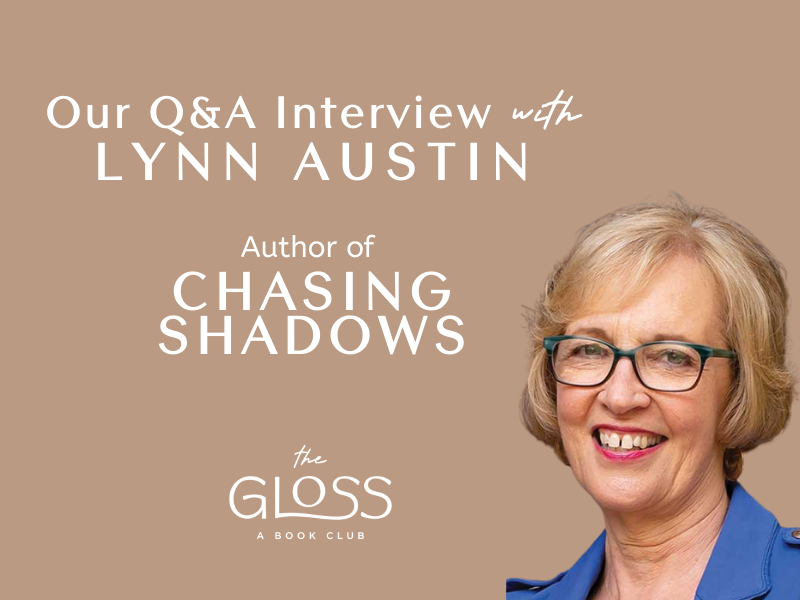 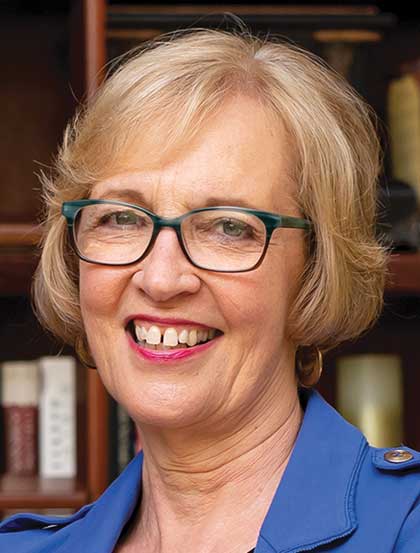 Lynn Austin has sold more than one and a half million copies of her books worldwide. A former teacher who now writes and speaks full-time, she has won eight Christy Awards for her historical fiction and was one of the first inductees into the Christy Award Hall of Fame. One of her novels, Hidden Places, was made into a Hallmark Channel Original Movie. Lynn and her husband have three grown children and make their home in western Michigan. Visit her at www.LynnAustin.org

The Gloss Book Club: How did you get into writing and what inspired you to write your first book?

Lynn Austin: I love to read, but one day I grew tired of reading books that were well-written but offered very little hope. It was as if the author’s worldview was “life is hard and then you die.” I agree that life is hard—but God is good. So I sat down one day while my children were napping and decided to write the kind of book that I would like to read. I quickly discovered that writing and creating was a lot of fun, and I got hooked! I looked forward to my children’s nap time so I could write. I had always loved the dramatic story of King Hezekiah in the Bible, so I decided to write a short story about him. It turned into a three-book series, and Gods and Kings became my first published book.

LA: My goal with all of my books is, first and foremost, to tell a good story. I want to create characters who are interesting and compelling and then take readers on a satisfying journey with them. I want readers to feel enriched in some way and to learn something about themselves or their faith in the process. Most of all, I want them to be entertained and feel as if the book was well worth the time they spent reading it.

TGBC: What does your writing process look like? Do you map each story out from start to finish or do you begin with an idea and see where it takes you?

LA: I begin with an idea which is often very vague or with a general time period or setting. Then I start reading books about the subject or exploring ideas on the Internet. As I research, I begin getting plot ideas and my characters begin to come to life in my mind. When I sit down to write, I put my characters in the setting and make up the story as I go along. I figure if I’m surprised by what happens, then my readers will be surprised, too.

TGBC: What can you tell our members about your novel Chasing Shadows?

LA: Lena de Vries is a wife and mother who loves her life on a farm in the countryside outside of Leiden. But after the Nazi invasion, her Christian faith compels her and her husband, Pieter, to fight against the Nazis’ evil, putting her and her family at great risk. Lena’s daughter Ans de Vries is unhappy with her life on the farm and with her parents’ Christian faith. She takes a job in Leiden as a companion to Eloise Huizenga, who struggles with depression. When the Netherlands is invaded, Ans will need to find strength and renewed faith in order to keep Eloise and herself from despair, while walking the dangerous path of opposing the Nazis. Miriam Jacobs is a Jewish woman who flees from Germany to the Netherlands with her father to escape persecution. After falling in love with Avi Leopold in a refugee camp, she and her new husband and child will need to go into hiding in order to survive, with help from Lena and Ans.

TGBC: What inspired you to write the story in Chasing Shadows?

LA: My inspiration was the book The Hiding Place by Corrie ten Boom. I read this book years ago and it had a profound effect on my Christian walk. Corrie’s family had a deep faith and love for Christ, which led them to hide Jews in their home, at great personal risk, after the Nazis invaded their country. Corrie’s testimony of faith and of God’s faithfulness in spite of all that she endured in a concentration camp made me long for a relationship with God like hers. In another inspiring autobiography, Things We Couldn’t Say, author Diet Eman tells how she and her fiancé worked for the underground in the Netherlands during this same time period, propelled by their Christian faith. Christians in the Netherlands suffered a great deal during WWII yet accomplished brave, heroic deeds in Christ’s name. I wanted to honor them by telling their story.

TGBC: What kind of research did you do for Chasing Shadows and how long did you spend researching before beginning the writing process for this novel?

LA: I visited the Netherlands and spent time in Leiden, researching the city. I also visited the countryside outside of Leiden to find a setting for Lena’s farm. There is an excellent WWII Resistance museum in Amsterdam where I did research, and I also visited the camp at Westerbork. But a large share of my research time was spent reading first-person accounts by Dutch people who endured the war. I interviewed several people, as well, and used some of their true accounts in the novel. I usually do enough research to get my creative juices flowing and continue to research as I write.

TGBC: How many unpublished and half-finished books do you have?

LA: My next novel, Long Way Home, is available for preorder and will be published this summer. I have a second novel, untitled, that I am in the final stages of writing.

LA: When I first began writing, my hope was to partner with a good Christian publisher to find a core of faithful readers who would always be eager to read my latest book—and who would then spread the word to their friends and family. I think I have found that success! But more than that, it’s my prayer with each story I write that readers will be encouraged in their faith by what I write.