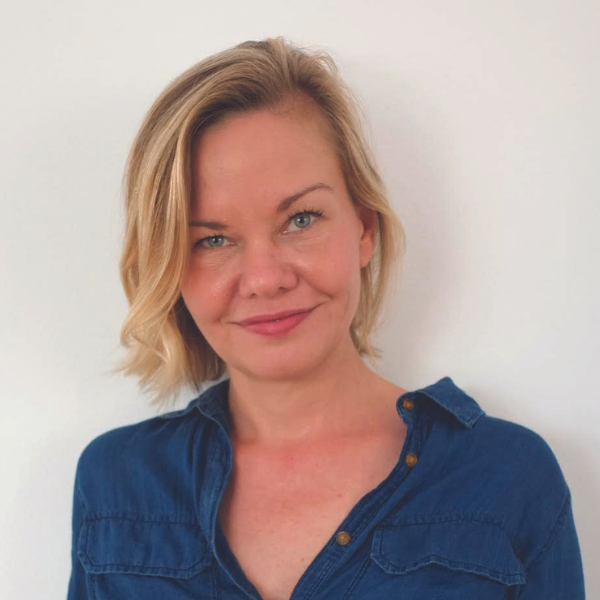 Kirsten Miller is a groundbreaking feminist author in YA literature, best known for her popular Kiki Strike series. In addition to writing novels, Kirsten spent twenty-five years as a strategist in the advertising industry. During that time she worked for some of the largest agencies in the world, as well as boutique agencies and an eight-person start up. She’s proud to have quit at least two of those jobs over ads and incidents described in The Change. Visit Kristen at www.kirstenmillerbooks.com.

The Gloss Book Club: What can you tell our members about your latest novel, The Change?

Kirsten Miller: It’s the book I needed to read! I like to think of it as a fun-filled feminist revenge fantasy—with witches. It follows three women who reach a certain age (the title refers to that change) and discover they’ve developed unexpected powers. One can hear the dead, another can channel her hot flashes and the third has learned how to control nature. Together, they discover the body of a teenage girl, and they set out to find her murderer and avenge her death.

KM: When I was in my mid-forties (I’m forty-nine now), I started hearing my friends whisper about menopause. I’m not exaggerating. They were literally whispering. That’s when I realized most of them still thought of menopause as something shameful—the beginning of the end or the gateway to hag-dom. It made no sense to me. These women were smarter than they’d ever been. They knew what the hell they were doing. They were accomplished, successful, gorgeous. Yet they were acting like some horrible fate was about to befall them.

I realized they were convinced that the end was near because that’s the story we’ve been told. You all know the story. Women hit perimenopause and start to fade. By menopause, a woman is usually invisible. That story is utter BS. So I sat down to write a new story about “the change.”

TGBC: Why was it important to you to have the three main characters of this novel – Nessa, Harriett, and Jo – be women in their late forties, navigating midlife changes? How does the age of these characters and the changes they’re going through at this point in their lives mirror the magical powers that they come into at this same time?

KM: I honestly believe that a woman’s post-menopause years are the most powerful stage of her life. You know what you’re doing and you know how to get shit done. All the time and energy that have gone into menstruation, reproduction and childcare are YOURS again. Just think of what you can do with it!

There’s a reason that older women have long been portrayed as witches. Even after they couldn’t burn us at the stake, the label was used to keep us in our place. It’s time we embraced it, as Nessa, Harriett and Jo do. Those of us in the real world may not have supernatural powers, but we DO have the power to change the world for the better. It’s time to start kicking butt.

KM: The stuff that was edited out of the book was so minor that I no longer remember it. But when I first shared the manuscript with my agent, she made a suggestion that changed everything. She asked me to write the backstories for each of the three main characters. So I “edited in” those backstories—along with backstories for almost every female character in the novel. It made all the difference—and I owe it all to my genius agent.

TGBC: We’re often intrigued by comparison titles and the comps for The Change certainly stand out: your novel has been likened to “Big Little Lies meets The Witches of Eastwick.” We know you have a background in advertising; did you come up with those comps or were they developed by the team at your publishing house?

Nope, I think William Morrow came up with those comps. I DID, however, write the tag line. “It’s not over. It’s time.” Even the UK publisher opted to use it! So I’m super proud of that.

TGBC: You write adult, young adult, and kids books; what is your favorite aspect of writing within each of those genres?

KM: All of my favorite books I wrote for myself. Kiki Strike (technically middle grade) was written for my twelve-year-old self. I’ve heard people refer to it as their “first feminist handbook,” which makes me almost giddy with glee. How to Lead a Life of Crime (YA) was written at a time when I was mad at the whole world. It’s super dark and such a wonderful (and ultimately hopeful) novel. And as I explained earlier, The Change, (very adult) was meant to rally women my age to take over the world.

For me, it doesn’t really matter who the audience is. What makes a book good is the passion I have for the message. Writing is incredibly hard. Unless I’m saying something I absolutely have to say, the end result is probably going to be mediocre.

TGBC: How did you get into writing and what inspired your first book?

KM: I didn’t know I was writing a book when I started Kiki Strike. I was entertaining myself. Kiki was originally meant to be a street art project. I thought it would be funny to have a young girl pop up on walls all around New York City and take credit for strange things that happen here. Giant sink hole swallows part of Fifth Ave? “Yeah, sorry ‘bout that. My bad,” says a kid who doesn’t look a day over twelve.

Then the artist friend who was going to help me with the project moved out of town. I can’t draw, so I figured I’d write about Kiki instead. The result was a book about six delinquent girl scouts who discover and underground “city” beneath Manhattan. And somehow that weirdness got published.

TGBC: What does your writing process look like? Are you a plotter or pantser?

KM: I would love to be a pantster, but it wasn’t in the cards for me. Until recently, I REALLY hated outlining. I became a plotter out of necessity. I love labyrinthine plots and weird tangents, and my books aren’t readable unless I start with a meticulously organized outline. I’m just about to get started on my latest, and I’m expecting it to take a month and be forty to fifty pages long. For the first time, I’m really looking forward to the process.

TGBC: What’s next for you? More adult fiction or young adult/kids fiction?

KM: I’m staying in the adult world for a while. I got a lot more to say to my fellow grown-ass women. Though I may go back and revisit the Kiki Strike universe at some point. But only feminist books for me from now on.

TGBC: Any advice you can share with the aspiring writers in our community?

KM: Adopt a punk rock attitude. Don’t try to make people happy. Don’t give a damn what people think. Don’t do what your told. Write because you love it and have something to say that you’ve got to get out. People will be drawn to your passion and authenticity.