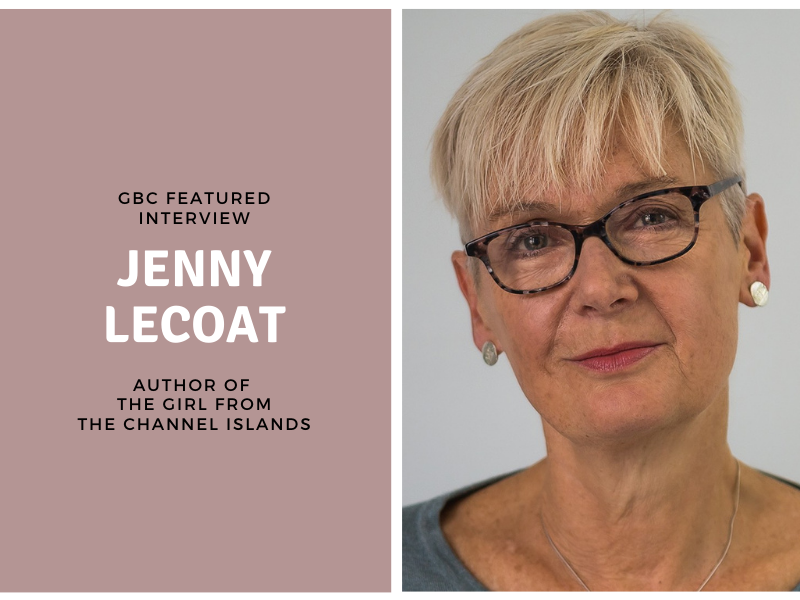 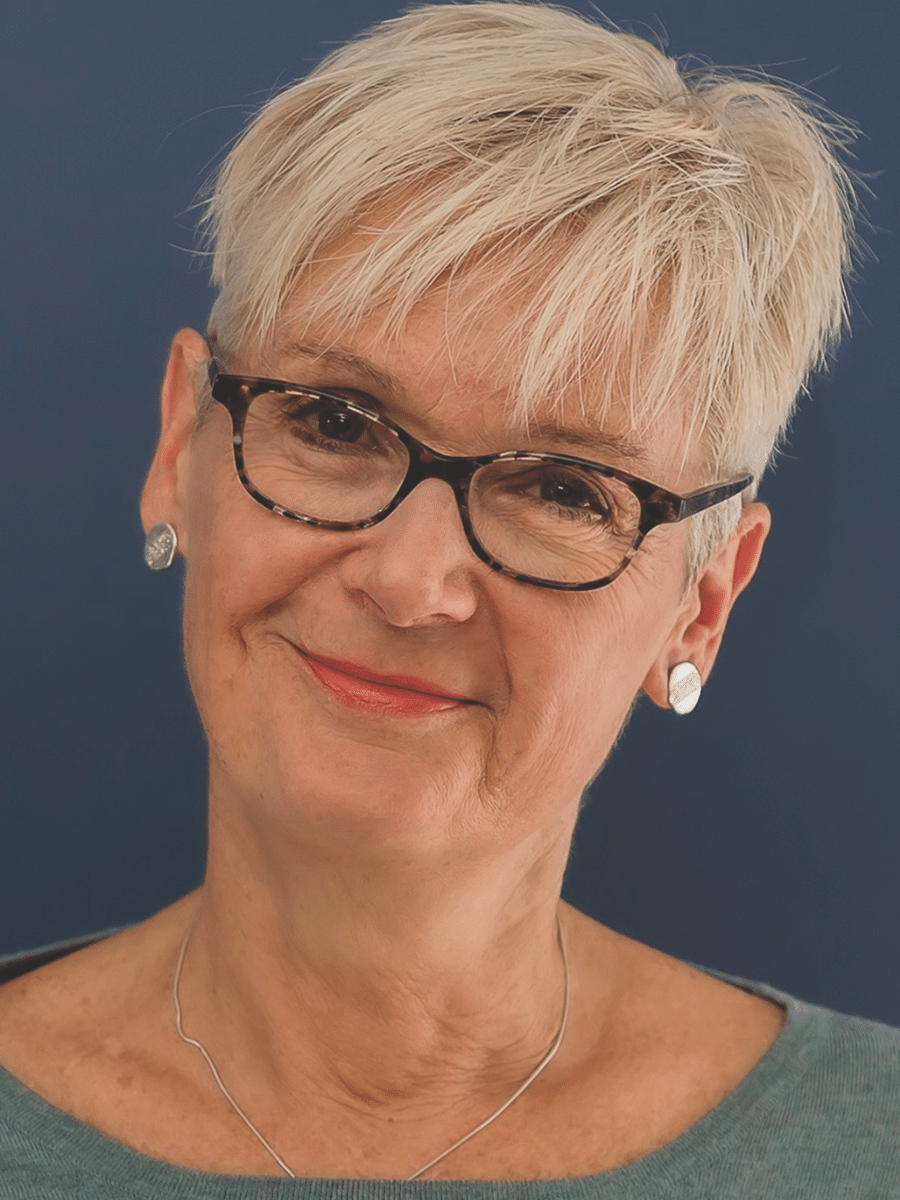 Jenny Lecoat was born in the Channel Islands where, only sixteen years earlier, Nazis had deported members of her family to concentration camps for resistance activities. Following an early career in stand-up comedy and writing features for magazines and newspapers, she became a screenwriter. Her feature film Another Mother's Son, about her family's experiences during the Occupation, was released in the UK in 2017. The Girl from the Channel Islands is her first novel. Visit her at www.jennylecoat.com.

Girly Book Club: What can you tell our members about your upcoming release, The Girl from the Channel Islands?
Jenny Lecoat: It’s a novel, based on true events, set in the occupied British island of Jersey during WW2. It’s about forbidden love, survival and courage, and hopefully a reminder of where dangerous concepts of racial superiority can lead a society if they’re not stopped.
GBC: Where did the inspiration for The Girl from the Channel Islands come from?
JL: A few years ago an Occupation historian sent me some BBC news links, reporting that the real-life Dorothea (one of the book’s main characters) had been given a posthumous award for her brave actions. The historic facts were intriguing, and although I had researched and written about the Occupation before, I had never heard this particular story.
GBC: Given that The Girl from the Channel Islands is inspired by true events, what was involved in your research for writing this novel?
JL: There were some limited documents and personal accounts of this particular story. But much of the novel depended on general knowledge of the island’s Occupation, which is a subject I already knew a fair bit about. There are a number of history books written about the period, some useful websites, and the Jersey Archive. Plus, my own family lived through the Occupation.
GBC: What is the biggest challenge about vividly recreating little-known events? Do you feel more compelled to be as historically accurate as possible or to take liberties to weave a compelling story?
JL: There are certain facts that can’t be changed – for instance you couldn’t change the date of an historic public event to fit your story. So the facts must form the main pillars of the narrative. But THE GIRL FROM THE CHANNEL ISLANDS is a novel, not a history book. Much is unknown about what happened to the characters during those years – for instance how they met, how the relationships developed between them – so there was plenty of room for creativity.
GBC: How did you get into writing and what inspired you to transition to writing novels?
JL: I began as a comedy writer, which was a fairly natural transition from stand-up. But as a self-employed person, sometimes new opportunities present themselves, so when in the mid-90s and I was offered work in TV soaps and drama, I began to drift towards more dramatic narratives. Writing a novel was something I’d wanted to try for years, because potentially you have more creative control in that format than you do with screen work. But I also knew what a competitive industry publishing is, and never really expected to get anything published.
GBC: You’ve had a varying and dynamic career, with roles as a stand-up comic, actor, feature writer, and screenwriter. How have your experiences shaped your fiction?
JL: I think screenwriting shaped my approach to writing more than anything else, and taught me how to structure a story and describe character. Stand-up probably taught me how to spend long periods of time on my own, and to work independently. Sometimes I miss the camaraderie of the dressing room, but I certainly don’t miss the constant travelling and the nerves!
GBC: What makes a book great, in your opinion? What elements does a great story possess?

JL: I think a book has to have something to say, an idea, message or theme. A good story is a great vehicle but if it doesn’t have a point of view, it doesn’t stick, and the books I love stay with me for decades.

GBC: When you start writing a new book, what is your goal? What do you aim to invoke in your readers?
JL: I just want to write a good, well-structured story with characters that are engaging, and to leave the reader thinking about the book’s themes. Essentially I think most writers want to write the kind of books they like to read themselves. One friend said that while reading THE GIRL FROM THE CHANNEL ISLANDS, he found himself worrying about the characters when he was doing other things, which was a lovely compliment.
GBC: Do you ever base your characters off individuals from your life or include snippets of your personal life into your novels?
JL: I think unconsciously – occasionally consciously – all writers use aspects of themselves or people they’ve known for physical characteristics, or personality traits. But my characters tend to further evolve as I write. I don’t know any writer who ever bases an entire character on one real person.

JL: I’m a serious planner. I’ll map out the main relationships and their motivations, sometimes using colours, then start plotting the story in acts and chapters. That probably comes from writing for the screen for so long, where producers tend to look for quite a formulaic structure. I know there are very successful writers who just gallop off without a compass from page 1, but if I did that I would end up with an incoherent mess. It’s about finding what works for you.
64
SHARES
Share this postTweet this post
[simple-author-box]