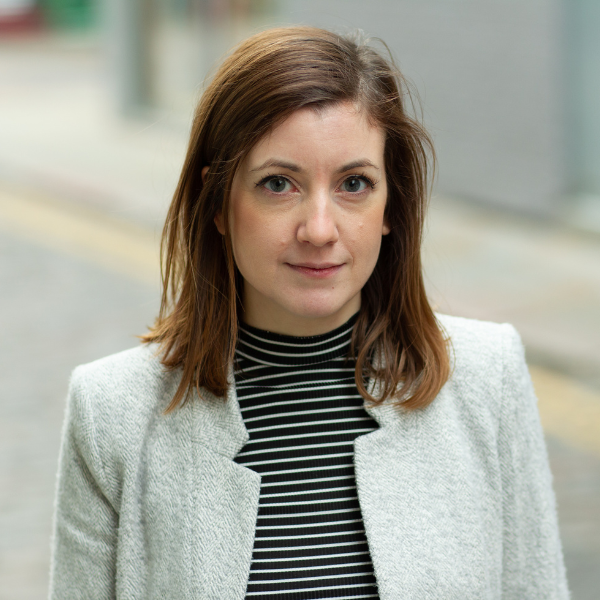 Gillian McAllister has been writing for as long as she can remember. She graduated with an English degree before working as a lawyer. She lives in Birmingham, England, where she now writes full-time. She is the Sunday Times bestselling author of Everything But the Truth, Anything You Do Say, No Further Questions, The Evidence Against You, How To Disappear and the Richard & Judy Book Club pick That Night. She is also the creator and co-host of the popular Honest Authors podcast. Visit Gillian at www.gillianmcallister.com.

The Gloss Book Club: What can you tell our members about your novel Wrong Place Wrong Time?

Gillian McAllister: Wrong Place Wrong Time tells the story of Jen and Todd: Jen is Todd’s mother, and she’s waiting up for him. He’s past his curfew by the time he ambles up the street and, right in front of Jen, he murders a stranger outside their house. He’s remanded in custody, refuses a lawyer, and is charged with murder. Jen returns home to their house – now a crime scene – and goes to bed. But when she wakes up, Todd isn’t in the police station: he’s in his room, and he has no idea that the crime happened. Jen eventually realizes it is the day before the crime. The next time she sleeps, she wakes up the day before that. Somewhere in the past lie the answers, and it’s Jen’s job to find them.

TGBC: Where did the inspiration for Wrong Place Wrong Time come from?

GM: It was inspired by (the Netflix TV series) Russian Doll, and me thinking how I’d love to write a time loop thriller. I quickly realized a Groundhog Day style book might get repetitive, and suddenly the idea that the days move backwards was born.

TGBC: If you were to blurb Wrong Place Wrong Time, what would you write?

GM: Ha! Well, I could never speak about my own work, but Lisa Jewell said it was one of the best books she’s ever read…

GM: In the first draft, Jen ‘saw’ the reiteration of the crime each night on the landing at the picture window, and each version of it showed the effects of the changes she’d made in the past. It left the book because it was very confusing!

TGBC: What appeals to you about writing this genre?

GM: I think crime fiction can be anything you want it to be: a whodunnit, a procedural, an exploration of aftermath…it’s so versatile to me, and so character-based.

TGBC: Have you ever used real life scenarios as inspiration for your novels or included any aspects of true events in your writing?

GM: Not really, no, but occasionally a very interesting news article catches my eye. I don’t ever directly draw inspiration from them, but I think they go into the melting pot.

TGBC: What is your go-to source or person for research?

GM: Any kind of passion, even if that is a fierce hatred for a character. Any emotional reaction is king, in my book!

TGBC: What makes a book great, in your opinion? What elements does a great story possess?

TGBC: What is your favorite under-appreciated novel?

GM: You Don’t Know Me by Imran Mahmood – a young man is accused of murder, sacks his lawyer and decides to give his own closing speech – which is the novel itself. It’s daring, smart and executed to perfection.

TGBC: What is the last book you read that you loved?

GM: The IT Girl by Ruth Ware. I’m still thinking about it weeks later…

GM: My next novel is called Just Another Missing Person. It tells the story of Julia, a police officer who is forced to take a bribe. And it has the best twist I’ve ever written – right in the middle!