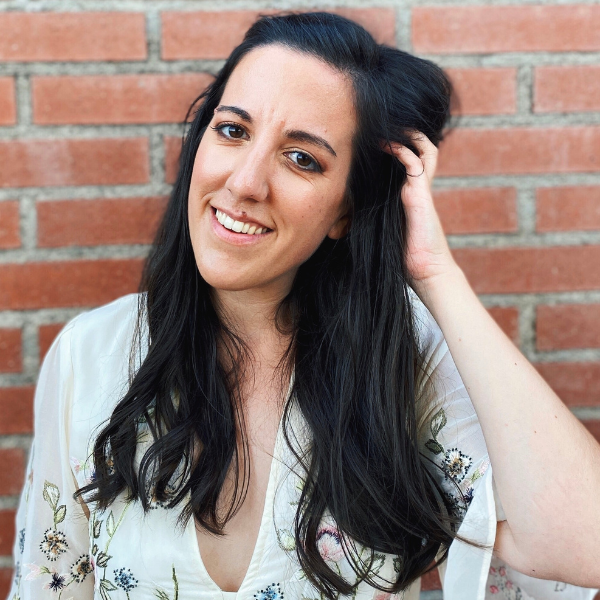 Elena Armas is a Spanish writer, a self-confessed hopeless romantic, and proud book hoarder. After years of devouring HEAs and talking—okay fine, yelling—nonstop about them, she has finally taken the leap and decided to create some of her own. Visit Elena at www.authorelenaarmas.com.

The Gloss Book Club: What can you tell our members about your novel The American Roommate Experiment?

Elena Armas: Phew, I can say so much that I don’t even know where to start, but to keep things short, this novel is a little more emotional and a lot more personal than The Spanish Love Deception. It’s still a rom-com, and it’s still tropey and silly in hopefully the best way possible. Oh, and unlike The Spanish Love Deception, in this one, readers will get to read both leads’s points of view!

EA: It’s not a secret (or surprise) that I write long books with long chapters that contain long scenes, so let’s say that my editor definitely did some trimming. In fact, the trifling sum of 20,000 words was cut out of the manuscript. Hitting that delete key wasn’t easy, but it was necessary. Just so you have an idea, there might have been a five-page scene of our male lead tying an apron around our heroine’s waist (FIVE PAGES—talk about apron foreplay!).

TGBC: Will readers see the return of Aaron and Lina from the book’s predecessor, The Spanish Love Deception?

EA: Absolutely. Readers will get a few glimpses at Aaron and Lina’s life after The Spanish Love Deception. One of them includes a couple costume to a masquerade ball. Any guesses?

TGBC: When you began writing The Spanish Love Deception, did you know it would be the first book of a series?

EA: Not at all. When I started flirting with the idea, I didn’t even know if I’d ever manage to get to the end of the manuscript. And by the time I did and decided I was going to self-publish it, I wasn’t thinking long term enough to plan for a second book.

TGBC: Will there be further books in this series, and if so, how many books do you hope to write?

EA: For now, I don’t have plans to continue writing in the Love Deception universe. But never say never, though. I’m easily swayed, so if I get enough messages about a certain red-haired Spaniard, I might change my mind. (Was that too obvious?)

EA: Revisiting Aaron’s and Lina’s characters was such a joy that it came very naturally for me to include them in Rosie and Lucas’s story. I think the key is going with your gut and thinking of them as old friends that are down for a visit. You want to hear enough of them to smile and swoon and sigh with happiness while still keeping the focus on the protagonists. In companion novels, characters from previous books can be your best wingmen/women.

TGBC: Are you a plotter or a pantser—both with regard to writing individual books and also writing the book series?

EA: I wish I could tell you, but the truth is that I don’t have a writing process to begin with. It has changed a lot depending on the book I was writing, so for now … I guess I’m a mix of both worlds.

TGBC: We understand you have a degree in chemical engineering; how did you get into writing, and what inspired you to write The Spanish Love Deception?

EA: I’ve always been an avid reader, and somehow, I ended up immersing myself into the book-blogging world a few years ago, so by the time I had the idea for my debut, I was reading five or six books a week on average—mostly romance, before you ask. I think being part of the book community and spending all my free time between the pages of a book played a big part in me getting to where I am today.

TGBC: What appeals to you about writing contemporary romance?

Every single thing about it. I have always been a hopeless romantic, so … what’s not to love?

TGBC: What would you like to see more/less of in this genre?

EA: We’ve come a long way, but I think there’s still work to be done in the genre (in all genres, if I’m being honest). I’d love to see more diversity, inclusion, and acceptance. We all are deserving of love and good love stories—no matter what.