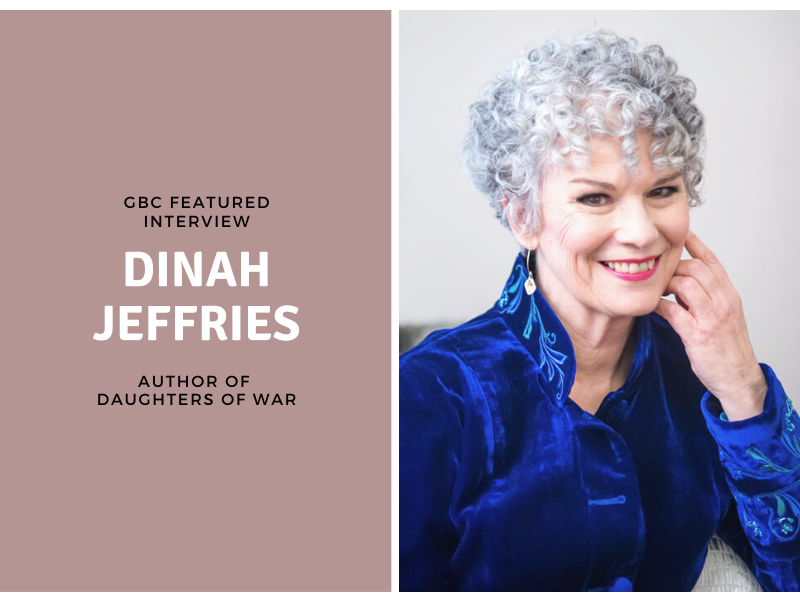 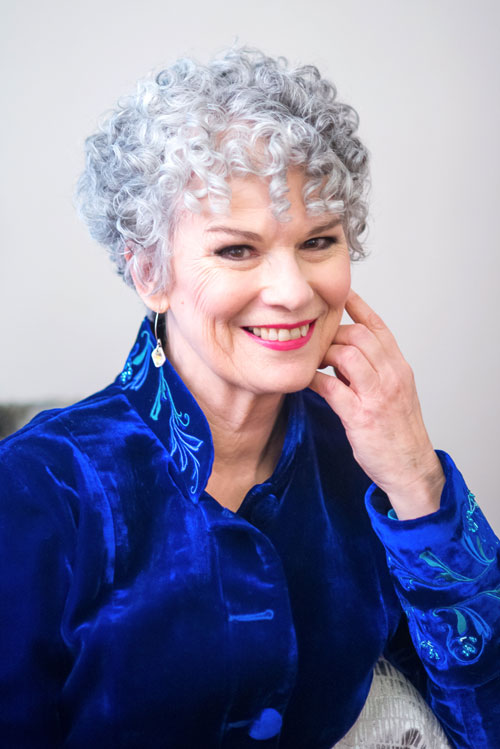 Dinah Jefferies began her career with The Separation, followed by the number 1 Sunday Times and Richard and Judy bestseller The Tea-Planter’s Wife. Born in Malaysia, she moved to England at the age of nine. When she began writing novels, deeply influenced by her Eastern childhood, she was able to return there on annual research trips for each new novel. With her most recent bestseller, her seventh novel The Tuscan Contessa, she has moved to writing about a European setting for the first time and continues that in this new series. She is published in 28 languages and over 30 countries and has twice been a Richard and Judy bookclub pick. Visit her at www.dinahjefferies.com

Dinah Jefferies: Thank you. Daughters of War is special for me because it’s a story that focuses on the intense relationships between three sisters – their loves, their fears, their jealousies, their heartbreak, and their dreams. The story takes place during the final few months before the liberation of France from Nazi Occupation. You can imagine the suspense and tension everyone must have been feeling while hoping and praying that freedom was just around the corner. And each of my three sisters has a role to play in fighting the Nazis and each has their own tough individual challenge. In the end this book, for me, is a celebration of life, of the power of hope over fear, and of courage and love over betrayal and loss.

GBC: Over the past 8 years you’ve written one book a year, is that a comfortable pace for you? Have you got to a point where say by a specific time (i.e. Christmas) you get worried if you’re not at a certain place in the writing process or is it more fluid than that?

DJ: It isn’t always comfortable because it depends on the complexity of the book and, to be honest, I’m always worried at some point of the writing. But the process is usually quite fluid as the books haven’t all been published at the same time of year. One year it was February, another September, another May, and so on. Because Daughters of War is the first in a series, I do have to maintain a similar timescale for the next two books. But maybe I’ll take a little longer for whatever comes after the trilogy.

GBC: You’ve recently changed publishers; how has that experience been for you?

DJ: It’s been fantastic. I knew I needed to do something different but didn’t really know what that was. Being published by Penguin was wonderful and I am so grateful to the team for the support they gave me, but the time had come for a fresh start. I’d been with the same editor for seven successful books, but I realized I was up for a new challenge and a different approach. The team at Harper Collins has been amazing. I’ve felt invigorated and that is what I was looking for. It’s always a gamble when you go from something you know to something you don’t know, and although it was a bit nerve wracking at the time, I feel sure I made the right decision.

GBC: Your books are Historical Fiction with a side of romance thrown in, would you ever consider writing another genre?

DJ: Indeed I would. In fact, the third book in the trilogy is set in 1960s Morocco and is turning into something of a thriller. So all I can say for now is, watch this space…

GBC: What’s it like writing in a specific time period like WW2? How important is historical accuracy?

DJ: I loved writing WW2, although holding fast to an historical timeline can be tricky. It’s essential to be accurate, but there are times when I’m not averse to shifting dates. For me writing isn’t a linear experience, it’s a bit back and forth as the story grows and develops layers, and that’s when you realize you might have to reconstruct history! If in doubt the plot and characters take precedence. It’s fiction and what you’re after is an authentic reading experience for your reader. Writing my kind of historical fiction relies on a blurred line between research and imagination. I’m in the business of making stuff up, I’m not French and I wasn’t there in 1944, and sometimes I will get it wrong. We all do. If you don’t have years and years to write a book, it’s a bit of gamble. Like leaping off a high cliff into the ocean and hoping you don’t drown.

GBC: The Missing Sister is set in Burma/Myanmar in the 1930’s; Myanmar has had their fair share of political and social unrest. How did you do the research for this book? Did you visit?

DJ: I read widely but I also visited Myanmar but didn’t go anywhere near the areas of conflict. I was trying to get a sense of the past which wasn’t hard to find. In Yangon (Rangoon) the colonial Strand Hotel was just as luxurious as I’d imagined it would have been in the 1930s. We went on a wonderful river trip up the Irrawaddy from Bagan to Mandalay for three days, which gave me a view of the country I couldn’t have otherwise seen. It felt like being back in the much slower, older days of Burma, although really those days were in their last throws before independence. I love writing about transition times, when something is about to end but isn’t quite there yet. We also went up in a hot air balloon before dawn over Bagan, one of the world’s greatest archeological sites, with literally hundreds of temples turning golden pink as the sun rose. Absolutely breathtaking and magical. I used both those experiences in the book.

GBC: As you said, your new book The Daughters of War is the first book in a three book series. Having written standalone books, which do you prefer and how do you plan a series?

DJ: I know this sounds crazy, but the series wasn’t planned except that I had contracted to write it. When I started thinking about a trilogy, I’d had a completely different idea. But while writing Daughters I gradually came to see how the focus of the second book needed to change. So all I was left with was that was it would take place in England and on the tiny island of Malta. As I wrote the second book, which will be published in 2022, the idea for the third book came to me. I don’t like to set things in stone too early when I’m writing a stand-alone, or a series. Ideas appear and evolve when I least expect them. I have had to learn to trust myself, trust the process, and trust my instincts. I don’t think I’ll write another series but…

GBC: You didn’t publish your first novel until you were 65; have you always written or what did you do prior to writing?

DJ: I started to write at 60 but before that I had been a landscape painter. I’ve done an awful lot of different things in my life, from living with a rock band in a commune, studying fashion and textile design, to working as an au pair for a countess in Italy. I’ve also lived in Spain, and in Paris briefly, and was born in Malaysia, so I love travel and do my best to visit the countries and locations where I set my books. My family is hugely important to me, and we have a favorite island in Greece where we go on holiday together. Sadly, for the last 2 years the pandemic has prevented that. Fingers crossed for 2022.

GBC: You wrote in an interview that “Life is all about learning and every book teaches you something different.” What did you learn from Daughters of War?

DJ: I wanted to whittle my way into the heart of a relationship between women living together, in this case three very different sisters, so that was a learning experience in itself. I do have a sister, and we are very different, but we don’t see each other often as she has always lived abroad. I think I learnt more about writing with this book, more about the need to surrender to the process, and I learnt to let go of pushing a river that can flow perfectly well with my interference. Sometimes what you learn isn’t at a conscious level. You just notice as you write each book that there’s something new going on. With this book I learnt that my readers want to feel something, and it’s my job to write a book that I hope will touch their hearts one way or another.

GBC: My heart ached for you reading about your son, who tragically lost his life at the young age of 14. How does someone recover from such loss? How did you manage to move on and create a new life for yourself?

DJ: Well firstly I had a daughter to take care of so daily life had to go on. You recover literally one step at a time, one day at a time. When one day seems too hard, you go for one hour at a time and so on. After a while the weeks and months go by and somehow you limp though them. The bottom line is that it takes time to recover from a loss of such magnitude and there are no short cuts.  It is an indescribably painful experience. Now, when I look back, I don’t know how I managed to do it, although I would say it was a partial recovery until my granddaughter was born. With her glorious explosion into my life, I truly came back to life too. And for me, becoming involved with creative projects has also always helped. Writing has been a gift and a joy. Of course, I think of my son and at times the image of my blond curly haired boy with a smile that lit up a room, still brings tears to my eyes. But yes, I have moved on, and I’ve built a wonderful life, bit by bit, for which I am truly grateful.