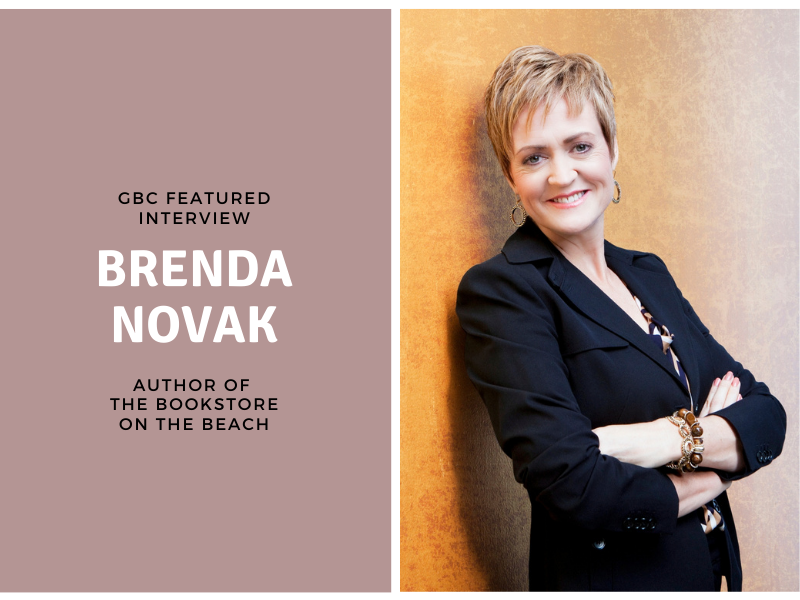 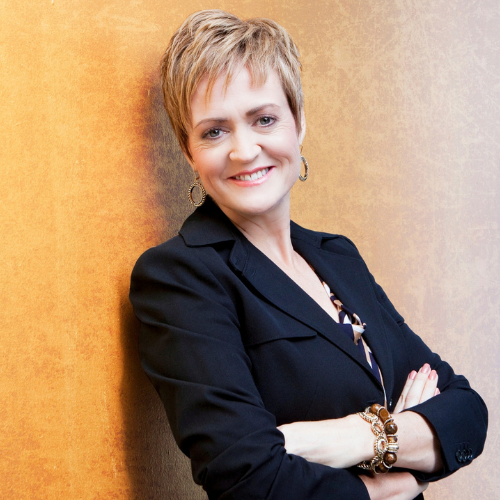 New York Times bestselling author Brenda Novak has written over 60 novels. An eight-time Rita nominee, she's won The National Reader's Choice, The Bookseller's Best and other awards. She runs Brenda Novak for the Cure, a charity that has raised more than $2.5 million for diabetes research (her youngest son has this disease). She considers herself lucky to be a mother of five and married to the love of her life. Visit her at www.brendanovak.com or on Instagram @authorbrendanovak 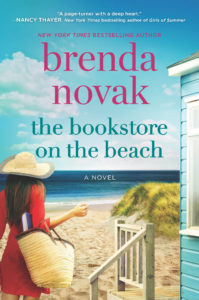 Girly Book Club: What can you tell our members about your recent release, The Bookstore on the Beach?

Brenda Novak: The Bookstore on the Beach is my 60th book and probably one of my favorites. The characters, the setting and the conflicts were so clear in my mind from the very beginning that it was one of the easiest books I’ve written. I call those kinds of books a gift, because that’s when I enjoy my job even more than usual!

GBC: Where did the inspiration for The Bookstore on the Beach come from?

BN: I read an article about a young man, a bit of a computer nerd, who lived in his parents’ basement. He was recruited by the FBI for counter-terrorism in Ukraine. He went over there, presumably to meet someone or try to help out some more–it was never really established–and disappeared. His poor parents searched and searched for him. The article made me wonder what it would be like if that type of thing happened to a man who was married with two teenage children. The wife wouldn’t know what happened to him, why he went to another country, how to find him. Most people would tell her he left her for another woman, because the truth would sound so far-fetched (and be denied by the government). But in my version of the story, the woman wouldn’t be able to believe that. She knows she had a good marriage and her love for her husband compels her to do all she can. After searching tirelessly for eighteen months, however, which is where this story begins, I imagined the woman, Autumn, to be tired and wrung out and desperate to find some normalcy in her life again. But, of course, there are more twists and turns awaiting her.

GBC: There are a lot of complex layers in this novel. Why did you choose to include all of these elements of drama within The Bookstore on the Beach?

BN: I think everyone faces their own set of problems. No one gets a pass. I might be battling a particular conflict, but that doesn’t mean the people around me aren’t battling their own. Also, I love a strong conflict–or conflicts. That’s what makes me, as a reader, keep turning the pages (maybe it’s because I get bored so easily).

GBC: Many readers were surprised with the ending. We won’t give anything away – and aren’t asking you to either! – but did you know this is how you would end the novel prior to writing it?! Or did it surprise even you?

BN: I didn’t know the ending when I started. I never write an outline. If I do, I feel as though I’ve already told the story, and it becomes drudgery to flesh it out more fully on paper. I always start with the conflict, then I choose the characters that will be most challenged by that conflict and let the plot grow from there.

GBC: On the topic of bookstores, can you tell us your favorite local bookstore and favorite international bookstore?

BN: I have just recently started doing a series of Brenda Novak Indie Bookstore tours (virtual tours on Facebook) to make my readers more aware of these small businesses and have several favorite stores. So far, I’ve featured Foxtale Book Shoppe in Georgia, Sausalito Books by the Bay in California, Turn the Page in Maryland and Nantucket Bookworks in Massachusetts.

BN: I caught my daycare provider drugging my children with cough syrup and Tylenol to get them to sleep all day while she watched TV. I was so shocked when I realized what had been going on–and felt such mother’s guilt for leaving them vulnerable to this–that I quit my job to stay home with them myself. But I had to help make a living, so I was trying to figure out something I could do from home (this was just as the internet was getting started so I didn’t have the same opportunities that people have today). I was reading a good book at the time–Jude Deveraux’s A Knight in Shining Armor–and remember thinking, “I wonder if I could do this!”

BN: As I mentioned above, I love a good strong conflict. I think a lot of people do or OUTLANDER and GAME OF THRONES would not have been so popular. Ha! I love characters who are flawed and believable and do all they can to overcome their challenges. I also love a hard-won but satisfying ending.

GBC: When you begin writing a novel, what is your goal? What do you aim to invoke in your readers?

BN: Most of all, I want to entertain. To do that, I need to connect with my readers’ emotions. I want to provide an escape that they think is worth their time and money and leave them with the wish that the story could go on and on.

BN: My advice for aspiring writers is always simple: Believe. If you believe in yourself and your talent, you will sit in the chair and actually write the book, and you will do all you can to see it succeed.