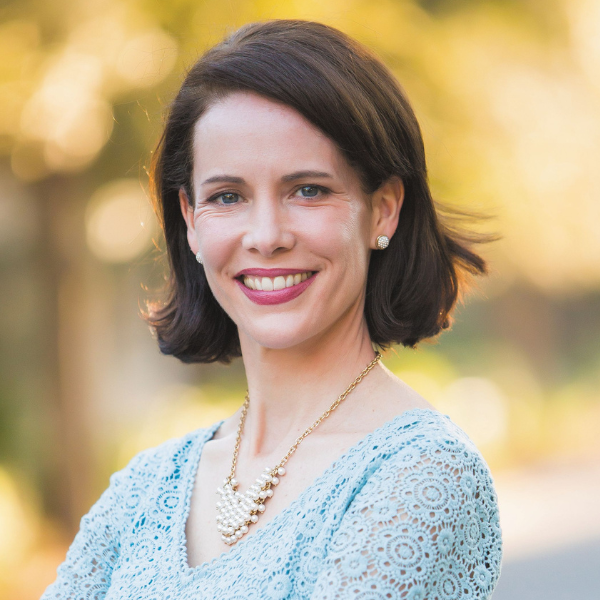 Beatriz Williams is the New York Times, USA Today, and internationally bestselling author of Our Woman in Moscow, The Summer Wives, Her Last Flight, The Golden Hour, The Secret Life of Violet Grant, A Hundred Summers, and several other works of historical fiction, including three novels in collaboration with fellow bestselling authors Karen White and Lauren Willig. A graduate of Stanford University with an MBA in Finance from Columbia University, Beatriz worked as a communications and corporate strategy consultant in New York and London before she turned her attention to writing novels that combine her passion for history with an obsessive devotion to voice and characterization. Beatriz’s books have won numerous awards, have been translated into more than a dozen languages, and appear regularly in bestseller lists around the world. Born in Seattle, Washington, Beatriz now lives near the Connecticut shore with her husband and four children, where she divides her time between writing and laundry. Visit Beatriz at www.beatrizwilliams.com.

The Gloss Book Club: What can you tell our members about your novel Our Woman in Moscow?

Beatriz Williams: I like to say that Our Woman in Moscow is a family drama disguised as a spy thriller…or maybe it’s a spy thriller disguised as a family drama? Loosely inspired by the extraordinary true story of the Cambridge spy ring at the dawn of the Cold War, it’s about a pair of estranged twin sisters drawn back together when one of them becomes caught in a web of Soviet espionage.

TGBC: Where did the inspiration for Our Woman in Moscow come from?

BW: While doing research for another book, I came across a photograph of Donald Maclean with his wife and children, taken on an ocean liner in 1948 as they returned to England from his diplomatic post in Washington, DC. At the time, nobody had the least suspicion this handsome, Cambridge-educated rising star in the British Foreign Office was leading a double life as an agent for the Soviet intelligence service—that he was, in fact, one of a ring of spies that would become known as the Cambridge Five, who had turned over the West’s most vital secrets to Stalin over the course of two decades. Their story transfixed me. How did these highly intelligent men from the heart of the British establishment come to betray their country, their friends, and liberal democracy itself to a totalitarian state like the Soviet Union, and believe themselves morally justified in doing so? What effect did this lifelong deception have on them and—as I looked on the black-and-white faces of Maclean’s wife and children—on their families? And what might have happened if Stalin’s spymasters had similarly recruited young American men from Ivy League colleges and groomed them to penetrate and then betray the deepest corridors of political and scientific power?

TGBC: What kind of research did you do for this novel and how long do you spend researching before beginning to write?

BW: While I was already fairly well versed in the social and political history of the period, I didn’t have as much background in Cold War espionage specifically. I began with biographies of each of the Cambridge spies and moved on to accounts of other spies and spy rings during the early phase of the Cold War. I also delved into books like Allen Dulles’s The Craft of Intelligence, which dealt with spycraft in a more general way. Of course, you only start to realize the gaps in your knowledge once you start writing, so I continued reading up on various topics throughout the drafting process. All told, this was one of most demanding books I’ve written from a research perspective—there were just so many things I didn’t know that I didn’t know!

TGBC: When researching for Our Woman in Moscow, what was the most surprising thing you learned?

BW: While there were plenty of smaller surprises along the way, I continue to grapple with the big surprise—that the Cambridge spy ring operated so effectively for so long, from the 1930s until well after the end of the Second World War, simply because nobody could conceive that such men could behave so dishonorably. At one point, Kim Philby—the most notorious of the five—was the head of Soviet counterintelligence for MI6; in other words, the man in charge of rooting out Soviet agents from the British intelligence agency was himself a Soviet agent. So while the anti-Communist paranoia of the 1950s was extremely damaging to both the United States and the United Kingdom, it didn’t exactly come out of the blue.

BW: While the cloak and dagger aspect of spy fiction is certainly gripping, I really wanted to focus on the psychological side of things—what it’s like to lead a double life, what it’s like to be married to a traitor, even (and perhaps especially) one who believes himself to be morally justified in his treason. I wouldn’t say I edited out the action-adventure-thriller parts of the story, because there’s plenty of that, but I consciously shifted focus to the personal and emotional lives of my main characters—the human drama that arises from leading a double life. It just raises the stakes so high.

TGBC: What appeals to you about writing historical fiction?

BW: I love the way historical fiction allows us to see the people of other eras as fully-realized human beings, as something more than names on a page or portraits on a wall. Each generation has a tendency to think of itself as the center of the universe—the finished product, rather than a work in progress—and the experience of historical fiction is an exercise in humility and understanding.

BW: A writer should always remember that, as far as your characters are concerned, this isn’t historical fiction—it’s contemporary. This is their present, and they have neither foreknowledge of what’s to come nor any magical ability to view the world except through the eyes of somebody who was born and raised inside it.

TGBC: Is there anything you would like to see more or less of in this genre?

BW: I’d love to see a wider range of eras brought to life, but that tends to be driven by what’s selling. If readers aren’t venturing into unfamiliar territory, it’s hard for publishers to stick their necks out and buy those manuscripts. It’s incumbent on writers to make those stories compelling and relevant to modern consumers.

TGBC: How did you get intro writing and what inspired you to write your first book?

BW: I’ve always been scribbling stories, and history has been my sandbox since as long as I can remember. The direct inspiration for my first book was an idea that flashed into my head at a writing conference about a First World War soldier walking the streets of modern Manhattan—that became Overseas, and I was off and running!

BW: Always my goal is to convey the truth of human experience through dialogue and action, and to slip my reader inside the skin of another human being.

BW: It looks like an email or message from a reader who found some grain of truth in one of my novels, who fell in love with a character, who simply escaped real life for a few hours and that meant enough to reach out and tell me.

TGBC: What can you tell us about your most recent release, The Lost Summers of Newport, in collaboration with authors Lauren Willig and Karen White?

BW: Writing with Lauren and Karen is truly the joy of my creative life! Our latest novel takes place in the iconic American seaside resort of Newport, Rhode Island, through the lives of three women who share a secret passed down across the generations—in the Gilded Age, the 1950s, and the present day.