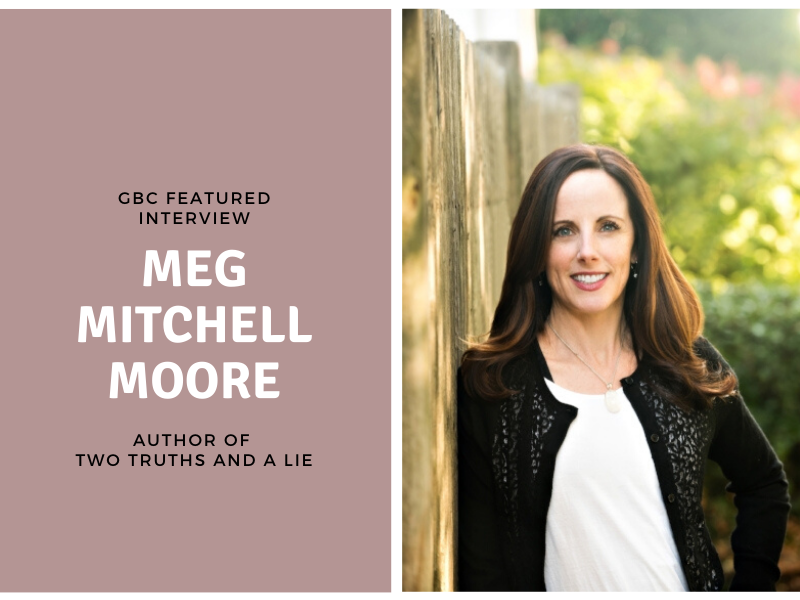 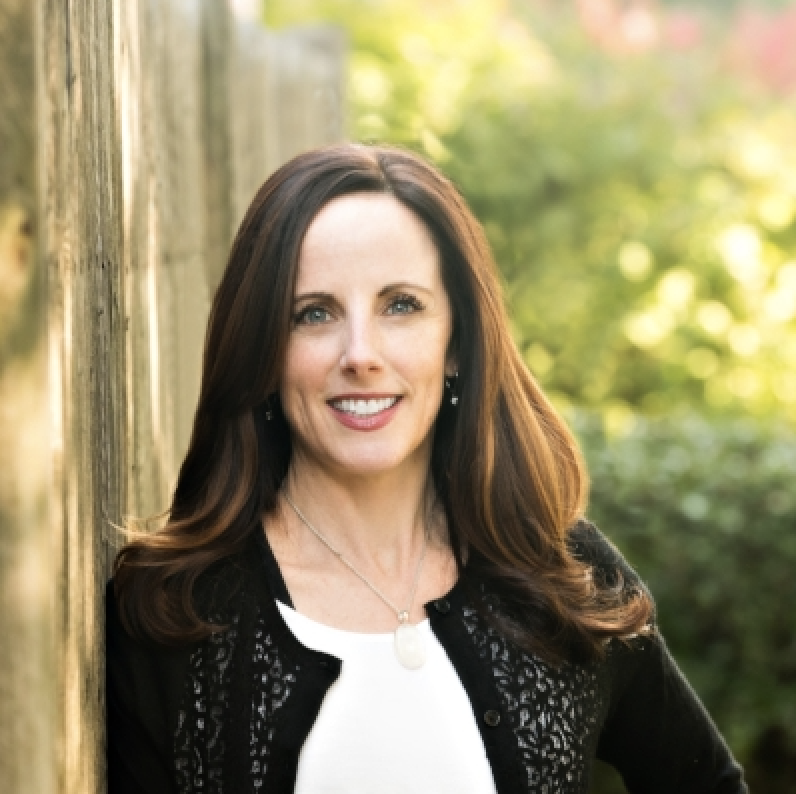 Meg Mitchell Moore worked for several years as a journalist for a variety of publications before turning to fiction. She lives in the beautiful coastal town of Newburyport, Mass., with her husband and their three daughters. Visit her at www.megmitchellmoore.com/ or on Instagram @MegMitchellMoore

Meg Mitchell Moore: I’ve loved writing and reading since I was a child. My family is a family of big readers—I was born overseas on a Naval base in Rota, Spain, and we didn’t even have a TV until we moved back to the US (I say back, but I had actually not lived in the US) when I was four. So I was never a huge TV watcher. I definitely watch shows now, but I sit down with a specific show in mind, I’m not  a channel surfer. Books were always my thing. My first SUCCESSFUL book was inspired by many unsuccessful attempts. I knew I wanted to write a novel and I decided, okay, if I’m actually going to do this, it’s about time I get to it. I had a novel I’d started that wasn’t working at all, and I realized I could find another way into the story I was trying to write. That book became The Arrivals, my 2011 novel—and it bears very little resemblance to the book I had started with.

MMM: Empathy, humor, humanity and an awareness and acceptance of what the book trying to accomplish. It can be a “big” story or a very intimate one, a thriller or a domestic tale or a love story, and all can be wonderful, but it’s really important for the author to know what he/she/they are going for and go after it one hundred percent. I have to remind myself of that as I’m writing.

GBC: What can you tell our members about your upcoming release,Two Truths and a Lie?

MMM: Two Truths and a Lie is an unabashedly summer book. It takes place over the course of one summer in a coastal New England town and involves a group of snarky-ish moms of eleven-year-old girls who have to decide whether and how much to open up their world to a stranger who has come to town—a fellow mom with a mysterious, possibly dark, past. It’s got some mystery and suspense, some summer lovin’, and it’s anchored, like all my books are, by family ties that may stretch and strain but never really go away.

GBC: Where did the inspiration for Two Truths and a Lie come from?

MMM: I really wanted to set a very summery book in the town where I live, because it’s fantastic here in the summer and I wanted to pay homage to it. I didn’t grow up here, but it’s actually the place I’ve lived the most consecutive years so I consider it my adopted hometown. At the same time, I am constantly fascinated, as a mom of three girls, by how social circles of children and parents can overlap and inform one another. I don’t remember it being that way when I was growing up. That might have been because my family moved around every few years so none of us had a set of lifelong friends in our constant geographic orbit. But I think social media and generational shifts have played a huge role in the changes too. I think now it’s not unusual to have groups of moms who are very aware of what their kids are doing, and maybe even trying to “keep up” with them, and vice versa, and there can be some overlap that has the potential for really good drama and humor.

MMM: I don’t base characters on individuals (though, because Two Truths is set in the town where I live I am sure there will be speculation). But when I look back on all of the kid and teenage characters I have written over the years there are elements of my own kids or my observations of groups of kids in a lot of them.  Some of the things kids in my books say are ripped from the headlines of my own life. But never whole characters, and rarely situations.

MMM: My writing process is a mess! I keep thinking it will get better every time but so far it hasn’t. I write messy first drafts that need a lot of help. Then my brilliant editor figures out what’s missing and I go back to work to fix it.  I have tried mapping stories out, and I have tried just starting with a idea, and I still rewrite a lot.

MMM: Read, read, read, and then read some more. Read a lot of the kinds of books you want to write, but also read books that are different. If you’re weak on plot (as I am), read plot-heavy books and try to figure out why and how they work. If your plots are strong but your characters are weak, seek out writers who nail characters. Don’t try to chase trends, because the publishing industry moves slowly. You’ll never get there in time. And if you really want to write, you must write, rather than talking about how you should be writing or you want to write but you forgot to wake up early before work to do it or you would have written but you decided to go out for cocktails instead. I’m all for cocktails, but writing is a time-consuming process, and you have to put the time in if you want to get anywhere with it.