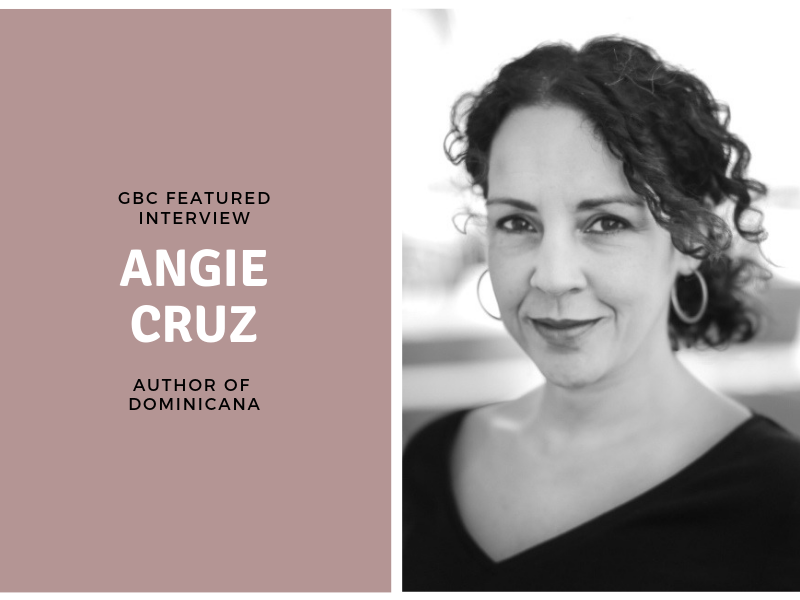 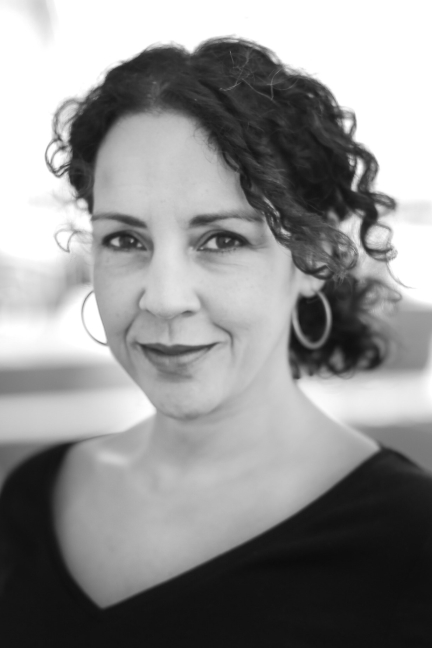 Angie Cruz is the author of the novels Soledad and Let It Rain Coffee, a finalist in 2007 for the IMPAC Dublin Literary Award. She has published work in The New York Times, VQR, Gulf Coast Literary Journal, and other publications, and has received fellowships from the New York Foundation of the Arts, Yaddo, and the MacDowell Colony. She is founder and editor in chief of Aster(ix), a literary and arts journal, and is an associate professor of English at the University of Pittsburgh.

We recently had the opportunity to chat with Angie Cruz about her recent release, Dominicana, which follows 15-year-old Ana, a Dominican immigrant who lands in New York City after marrying an older man, leading to her to confinement in a cold, six-storey apartment. Lonely and miserable, Ana plans to leave New York and her husband, only to be convinced to stay by her husband’s brother – which ultimately develops into a deeper connection, forcing her to choose between her heart and her duty to her family.

Angie Cruz: I didn’t get into “writing” until I was 20, when I changed careers from Fashion Design to English Literature. Reading books by women of color like Toni Morrison and Cristina Garcia made me realize that not all writers were dead, white, and male. I remember reading with a desire to learn more about the world outside of my neighborhood, but also I yearned to find a semblance of the world I grew up in, of my family, of my community. My first book, Soledad, was written with an urgency to write myself and the amazing women I love into a literary existence, or, at least, into the larger New York story.

AC: I think there is no one thing that makes a book great. The books I love are doing multiple things at the same time. They often reveal to me something I had never thought about, or they make me revisit something I may have missed about the human condition or a place or a time in history. I enjoy reading language that is muscular and sensual. I am interested in literature that takes aesthetic risks, that goes against my expectations as a reader.

AC: I don’t have goals when I’m writing, outside of being true to my characters. And usually the characters drive the story. The book I am writing now was born while I was riding the subway in New York City. The voice of an unemployed woman in her mid-fifties started chatting into my ear. She talks so fast I have to keep up with her. She has a lot to say. So my goal is to honor her as a character and figure out why is she telling me this story, and why now. Once I figure that out, I start building the shape of the novel.

GBC: Your novels tend to focus on home and displacement. What draws you to explore these themes in your writing?

AC: I was born in New York, and my family emigrated from Dominican Republic. I think I was two months old when I flew back to Dominican Republic for the first time. For most of my formative years, I would fly back and forth, and I felt very much like the street I grew up on in Washington Heights and the street I visited in Santo Domingo were closer in distance than, let’s say, the rest of Manhattan. As immigrants, home was in between the two places. We belonged neither here nor there. Because of this, the book Borderlands by Gloria Anzaldua was very important to me. In it she says, “Why am I compelled to write? Because the world I create in the writing compensates for what the real world does not give me. By writing I put order in the world, give it a handle so I can grasp it.” Writing about this displacement gives me a handle to grasp onto.

GBC: Where did the inspiration for your latest release, Dominicana, come from?

AC: This book was initially inspired by my mother’s arrival story. Like the main character in the book, my mother was married off with the hope that the marriage would facilitate visas to the United States for the whole family. But what drove the writing of the book was my urgency to tell the stories of all these unsung heroes in my community who have made huge sacrifices for the good of their children and families. I wanted to portray their resilience, their creativity, and their tenacity. I did countless interviews with women and men about what it was like to live in New York City as new immigrants in the 60s and 70s. I looked at countless photo albums. And from all of that emerged Dominicana.

GBC: Each of your books have strong ties to Dominican culture and heritage. Why is it important to you to infuse these aspects into the stories you write?

AC: When I am doing the actual writing I never think that I am writing a Dominican story, or a story just about our culture. I think about characters who have interesting situations and problems or challenges. I am interested in the plight of Dominican women, immigrant women, women in general. We live in a world that keeps underestimating women, presuming our incompetence, invested in the erasure of our labor and contributions, invested in the silencing of abuse and domestic violence. For me, writing characters that allow women to feel seen, and maybe even imagine possibilities for themselves they have yet imagined, is part of the work literature can do. More than Dominican culture I think that I am writing a more honest New York story. Even if we make up 10% of the city’s population, and Latino/as make up almost 30%, we’re rarely represented on shows and movies set in New York. That’s a good enough reason, I think.

AC: Every book is different. I have never mapped out a story from start to finish. However, for Dominicana, once I decided I would write a novel inspired by my mother’s arrival story, I made some constraints for myself, such as I wanted it to be set in 1965, the year the United States occupied Dominican Republic and also the year Malcolm X was assassinated in the Audubon Ballroom. I also knew it would focus on Ana’s first year in America. I wanted to end the novel in a way that allowed the reader to imagine Ana’s many possible futures.