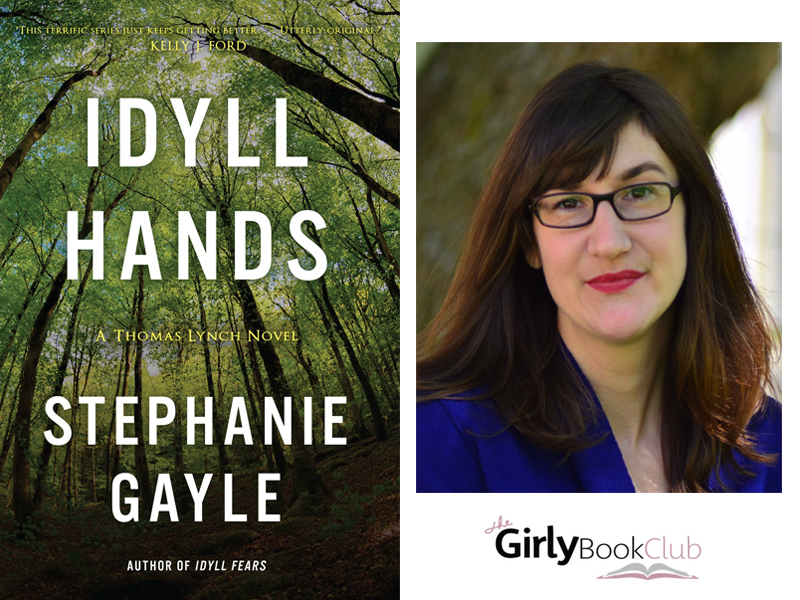 This is book number three in Stephanie Gayle’s Thomas Lynch series, but it’s a total stand-alone novel. I haven’t read the first two yet, and while some of the minor characters in Idyll Hands might have been introduced previously, I didn’t feel as if I was missing anything by reading the series out of order. If anything, Idyll Hands only made me want to read the rest of her Idyll series.

The bulk of this book takes place in the summer of 1999. There are only a couple of flashbacks to cover the disappearance of Susan and Michael’s reaction to it. I will say as the detectives are investigating, there’s plenty of speculation about where Susan went and who was responsible for her disappearance. A lot of the theories are cliche and odds are if you’ve read any number of detective novels, you’ll come up with the same explanations. But every time one of these theories was put forth in the book, the reader immediately knows that can’t be it. By the time the ending rolled around, I had exhausted all my ideas for what could have happened to her.

While Lynch is trying to figure out what happened to Susan, Michael is working another cold case. I was surprised when they identified the victim so soon after discovering her body, mostly because I wondered where the story could go then. But it turns out Gayle has a masterful way of portraying the hard work detectives have to put into real-life cases like this. I was just as frustrated as Michael and Lewis were, reading about how they hit multiple dead ends and had to deal with uncooperative colleagues. Still, it made me feel as if I was part of the team, which meant the closure at the end of the book was so much more satisfying.

Gayle has a way with words. She does a great job of sprinkling pop culture references throughout without making them feel shoehorned in or like she’s trying to bash you over the head with the memories. Additionally, she interjects some nice moments of levity without making them feel forced or changing the tone of the book. Dialogue – both inner and outer – felt very natural to me. This is one of the best detective novels I’ve read in a long time and I definitely recommend it to anyone who likes the genre. I know I’ll be picking up her other titles as soon as I can.