Her Pretty Face by Robyn Harding (Review by Cecilia Lyra) 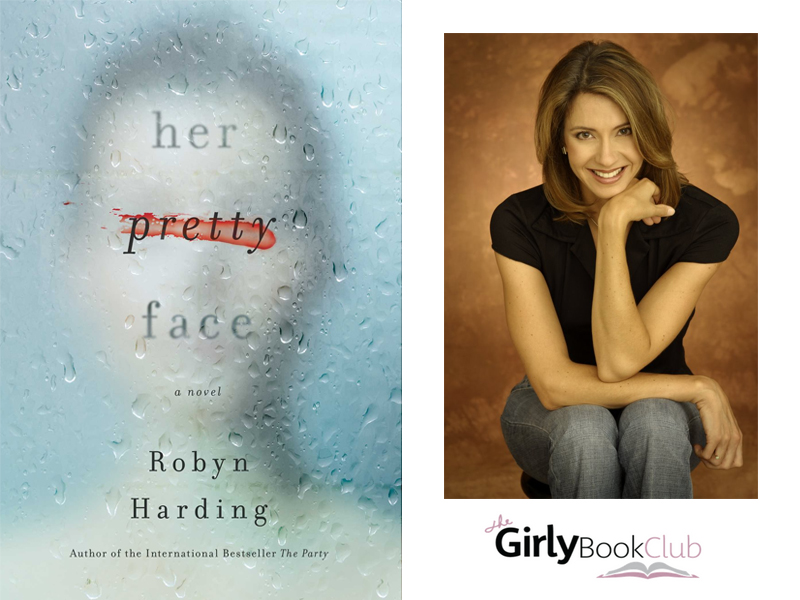 Do you care about the Who or the How?

Whether or not you like this book will depend on your answer.

Her Pretty Face tells the story of two very different women, one of whom is a murderer.

Frances Metcalfe is overweight and insecure. Her son (Marcus) has been diagnosed with ADHD and oppositional defiance disorder. He is something of a social pariah at his posh private school, a predicament that leaves Frances upset and friendless. The cliquish cohort of mean moms are quick to shun and criticize her because of Marcus’s unruly behavior. You could say that both Frances and Marcus are in desperate need of a friend.

Gorgeous and self-assured, Kate is the new mother at school (her children are Daisy and Charles). Kate immediately befriends Frances, leaving the mean moms more than a little flustered. Kate becomes Frances’s defender (Kate is quite skilled at putting the mean moms in their place), confidant (they both have a dark sense of humor), and companion (they both share a disdain for the snobby ways of their social circle). To Frances’s delight, Charles also grows close to Marcus, which means that Frances gets to witness her little boy come out of his shell and make a friend.

It would be a perfect friendship, were it not for the whole one-of-them-is-murderer element.

To me, the Who was quite obvious. I figured it out before the end of the first chapter. Although the book has three narrators, we are only privy to one of these women’s perspectives – so, really, the murderer’s identity was a no-brainer. A shame, as I would’ve loved to read both their points of view.

On the other hand, the How unfolded in a suspenseful and skillful way. The narrative arc kept me thoroughly engaged – at times, it even kept me guessing. Is the murderer a psychopath or is she just someone who made a horrible mistake in her past? Who was she before she became a mom? Is she deserving of forgiveness? These questions had me turning the pages, and the alternating points of view kept me invested in the characters’ predicaments. Daisy’s chapters were especially intriguing: in her, Ms. Harding crafted a truly nuanced and fascinating character. And the cherry on the cake: while I already knew who the murderer was, the identity of one of the characters, David, did surprise me.

My takeaway: if you’re all about the big reveal (the Who), you might be disappointed. But if you’re captivated by a story rich in characters’ motivations and journeys (the How), this just might be the book for you. All of the characters are flawed. It’s highly readable and engaging – and, perhaps more interestingly, it does not offer an easy answer to one of life’s fundamental questions: do people deserve a second chance? It’s been days since I’ve finished this book and I’m still thinking about it.

Her Pretty Face is the ideal book to read on a rainy day: the cloudy weather will set the right mood and will minimize distractions. My guess is you’ll read it in one sitting.