Under The Harrow by Flynn Berry (Review by Catherine Mongrain) 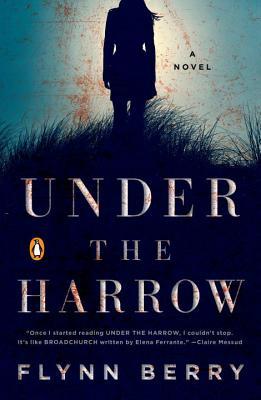 Rarely does a novel keep me guessing right until the end but Under the Harrow by Flynn Berry did. It’s a must-read, especially for fans of slightly dark psychological thrillers.

Under the Harrow introduces us to Nora, a Londoner who sets off on a regular weekend to visit her sister in the Oxfordshire countryside. When she arrives she comes face to face with a gruesome scene. Nora is the first person to discover that her sister has been brutally murdered. She then finds herself unable to go back to London without her sister’s murder being solved. While processing her grief and dealing with her faltering faith in the local police, she stays around investigating her sister’s murder. Intertwined are stories of her relationship with her sister and how the past has shaped them both. The novel combines the effects of violence against women, how to deal with grief and the bonds of sisterhood to create a compelling story of justice and revenge.

The short chapters and storytelling can be somewhat erratic but it works beautifully to build the story and the characters. Berry does a great job of creating a narrative that leads you to the conclusion but also makes your intuition waver, second-guessing what you thought was obvious.

I definitely recommend this book for book club. The story is compelling and has strong a strong female empowerment theme which isn’t often seen in the genre.