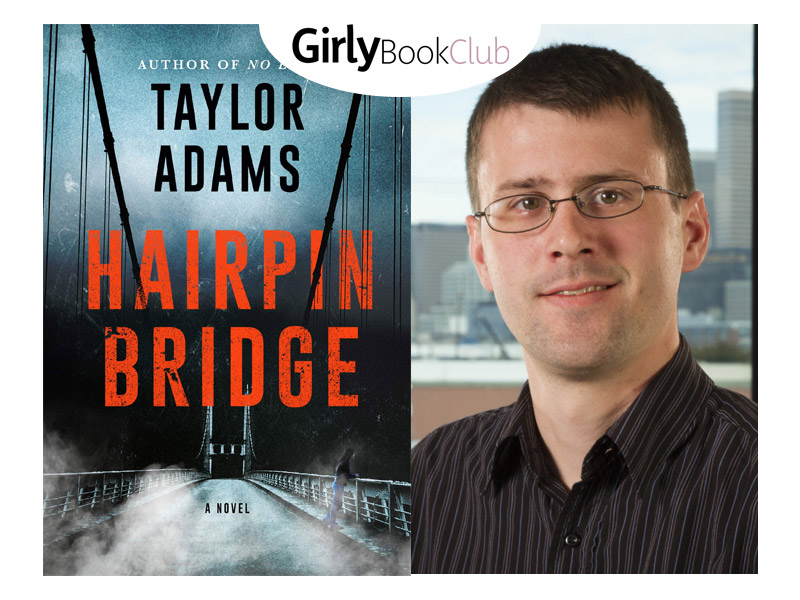 One thing that Taylor Adams excels at is creating heart pounding thrillers. After reading (and loving…like alot) No Exit, I was curious how his new book Hairpin Bridge would compare. Like No Exit, Hairpin Bridge did not disappoint as a thriller. My heart was pounding and my pages flipping until I reached the end.

Set in a relatively confined setting of a bridge outside of Montana, Adams tells the story of Lena Nguyen as she tries to understand the mysterious circumstances of her twin sister Cambry’s death. Part of the story is told in Cambry’s perspective as she witnesses a crime and must race for her life through the backroads of Montana. The rest focuses on Lena’s perspective as she is taken to the scene of Cambry’s suicide with the police officer, Corporal Raymond Raycevic, who had found her body. The story is not as simple as it seems, and Lena finds herself also fighting for her life and trying desperately to preserve his sister’s story.

This is an action-packed novel. From the beginning you can feel the utter panic of the main characters as they are forced to protect themselves. Car racing, gunfights, snakes, and a massive fire all add to the suspense and keep the book moving forward. I had a little trouble connecting the characters at the beginning. As the story progressed and I learned more about Lena and Cambry and their relationship my feelings for them gradually improved. They still weren’t my favorite pair, but at the end I was able to understand their personalities and motives. The ending of Hairpin Bridge was definitely surprising and the whole book was full of Adam’s signature twist and turns. If you liked No Exit, Hairpin Bridge is worth the read!