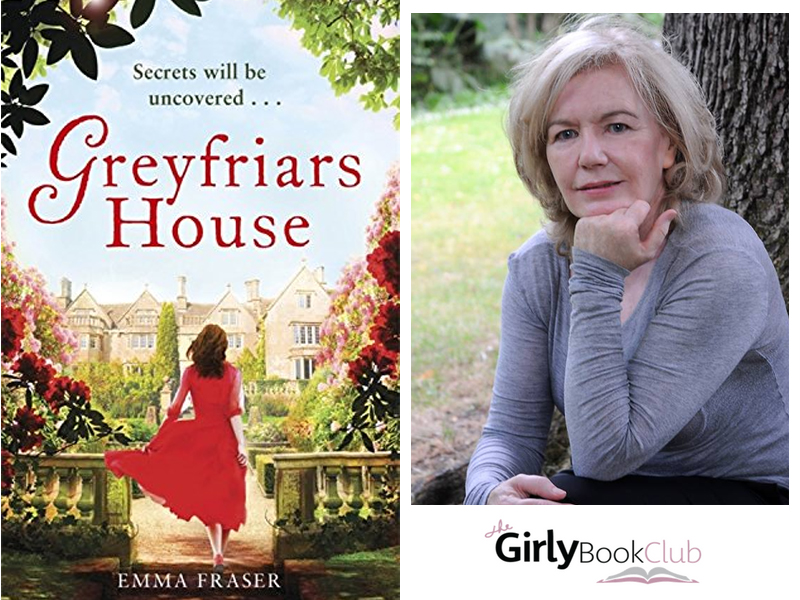 I don’t know why, but I have been reading a lot of historical fiction lately. But when the call went out for a reviewer for Greyfriars House, I was really drawn to it, probably because I am always interested from history written from a female perspective. Also, I was born in the 1980s and so find it intriguing that the decade of my birth can be the setting for an historical fiction novel!

The book begins with our main character Charlotte, who in the blink of an eye both loses her mother Olivia and gains great aunts she wasn’t aware of. Georgina and Edith are the bridge between the contemporary story and the tale that unfolds in the aftermath of World War II. Charlotte uncovers family secrets that make her question her identity and she spends time on the island of Kerista, we learn why the two aunts have lived as hermits for such a long time.

The story that begins in 1939 tells of a glamorous time of house parties, handsome beaus and exotic travels to Paris and Singapore. We see this time through the eyes of Olivia as a child, who is confused by the behaviour of the adults around her and bereft as she is evacuated to boarding school in Scotland while her parents remain in London during the Blitz. Both Georgina and Edith find themselves in Singapore, for different reasons. Their story from after the war tells an under-told tale from the point of view of civilian POWs and I found Emma Fraser’s description of their time in a Japanese camp particularly poignant.

There are some family secrets that come as a shock and surprise and the story continues to twist and turn right up to the final chapter. I thoroughly enjoyed the book and would highly recommend it to readers who both enjoy historical fiction and those who haven’t delved into the genre before.

In recent times, we have had women speak up to tell their story. Just because these women haven’t been listened to doesn’t mean they haven’t had a story to tell. Greyfriars House is another book that shows that history has been full of remarkable, strong women. It’s just that their stories haven’t been told.