We’re excited to launch June’s book vote brought to you by HTP Books, and we want you to get to know the authors behind the books in this month’s vote. Meet Heather Gudenkauf, Nancy Jooyoun Kim, Taj McCoy, and Adele Parks.

The Overnight Guest by Heather Gudenkauf 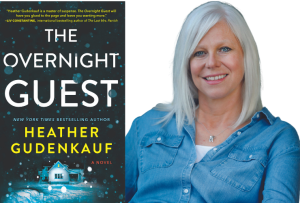 Heather Gudenkauf is the Edgar Award nominated, New York Times & USA Today bestselling author of eight novels. Her debut novel, THE WEIGHT OF SILENCE, was an instant NYT bestseller and remained on the list for 22 weeks. Gudenkauf’s critically acclaimed novels have been published in over 20 countries and have been included in many Best Of lists including Seven Thrillers to Read This Summer by the New York Times, The 10 Best Thrillers and Mysteries of 2017 by The Washington Post, a Best Book of 2017 by NPR, and a Best Book for the Beach by ChicagoNow.com. Her latest novel, THE OVERNIGHT GUEST was released on Jan. 25, 2022.

The Last Story of Mina Lee by Nancy Jooyoun Kim 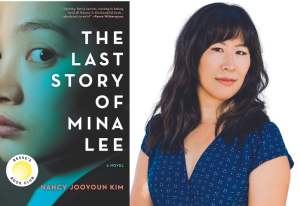 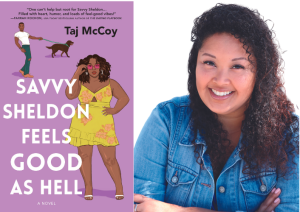 Oakland native and law grad, Taj McCoy, is committed to writing stories championing Black and multiracial women of color, plus-sized protagonists, Black love, and characters with a strong sense of sisterhood and familial bonds. Her debut novel–a romcom featuring a plus-size heroine–SAVVY SHELDON’S FEELING GOOD AS HELL will be published by MIRA Books (Harlequin HarperCollins). When she’s not writing, she may be on Twitter boosting other marginalized writers, trying to zen out in yoga, sharing recipes on her website, or cooking private supper club meals for close friends.​ 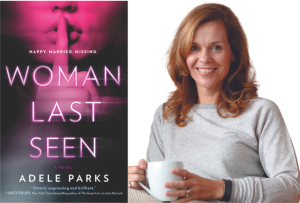 Adele Parks was born in Teesside, North East England. Her first novel, Playing Away, was published in 2000, and since then she’s had seventeen international bestsellers, translated into twenty-six languages. She’s been an ambassador for The Reading Agency and a judge for the Costa Book Awards, and is a keen supporter of The National Literary Trust. She’s lived in Italy, Botswana and London and is now settled in Guildford, Surrey, with her husband, son and cat.