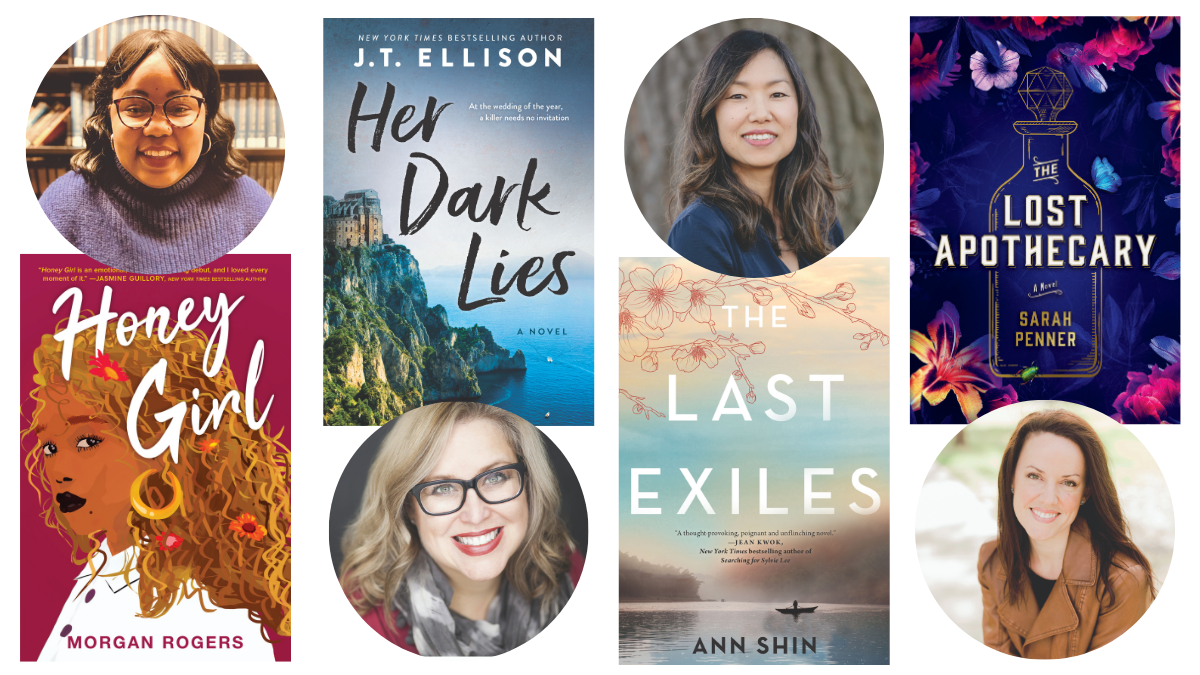 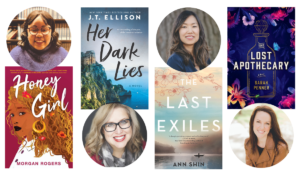 We’re excited to launch a special vote for May 2021, brought to you by Harlequin Trade Publishing, and we want you to get to know the authors behind the books in this month’s vote. Meet Morgan Rogers, Ann Shin, Sarah Penner, and J.T. Ellison. 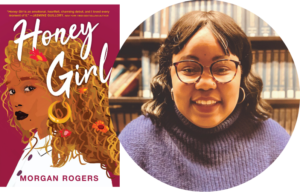 Morg has a Shih Tzu named Nico and a cat named Grace that she would love to write into a story one day. She likes pupusas, red wine, and brunch. She’s Catholic and laughing about it. Her debut novel Honey Girl is out February 23, 2021 from Park Row books. She is rep’d by Holly Root of Root Literary.

The Last Exiles by Ann Shin 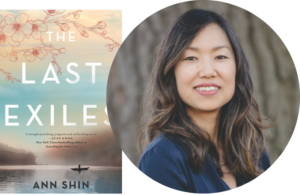 Raised on a farm in British Columbia, Ann lives in Toronto with her partner and two daughters. Aside from cooking or taking walks, she spends her time writing fiction and producing films and series.

Her documentary My Enemy, My Brother was shortlisted for a 2016 Academy Award and nominated for an Emmy. Her previous documentary, The Defector: Escape from North Korea won 7 awards including Best Documentary and Best Documentary Director at the 2014 Canadian Screen Academy Awards, a SXSW Interactive Award, and a Canadian Digi Award. Her book The Family China, (Brick Books, 2013) won the Anne Green Award and was shortlisted for the Gerald Lampert Poetry Prize.

The Lost Apothecary by Sarah Penner 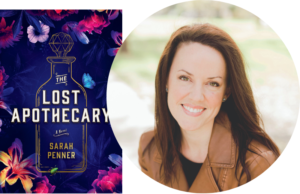 Born and raised in northeast Kansas, Sarah grew up in a small log cabin nestled deep in the woods, where she lived until early adulthood. Sarah began writing seriously in 2015, after attending a moving lecture given by Elizabeth Gilbert, who was on tour for Big Magic. Soon after Gilbert’s talk, Sarah enrolled in her first online creative writing class and hasn’t looked back since.

Sarah graduated from the University of Kansas with a degree in finance, and she’s spent the last decade in various corporate finance functions; numbers and spreadsheets appeal to her analytical side. When she’s not writing, you’ll likely find her in the kitchen, the yoga studio, or running outdoors in the Florida heat. She’s married to her best friend, Marc; the two are proud residents of the Sunshine State, where they live with their “silky hair” miniature dachshund, Zoe.

Her Dark Lies by J.T. Ellison 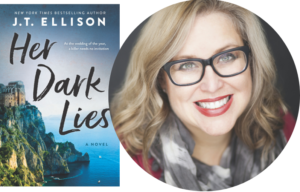 J.T. Ellison began her career as a presidential appointee in the White House, where a nuclear physicist taught her how to obsess over travel itineraries and make a seriously good pot of Earl Grey, spawning both her love of loose leaf and a desire for control of her own destiny. Jaded by the political climate in D.C., she made her way back to her first love, creative writing.

More than 20 novels later, she is an award-winning New York Times and USA Today bestselling author with millions of books in print, and is published in 28 countries and 16 languages. She is also the EMMY-award winning cohost of A WORD ON WORDS, a literary interview television show, and co-wrote the “A Brit in the FBI” series with #1 New York Times bestseller Catherine Coulter. She lives in Nashville with her husband and two small gray minions, known as cats in some cultures. She thinks they’re furry aliens.